Five experts from different fields consulted by EFE, from historians to economists, to political scientists and sociologists, draw parallels between the two periods, but also clear differences. 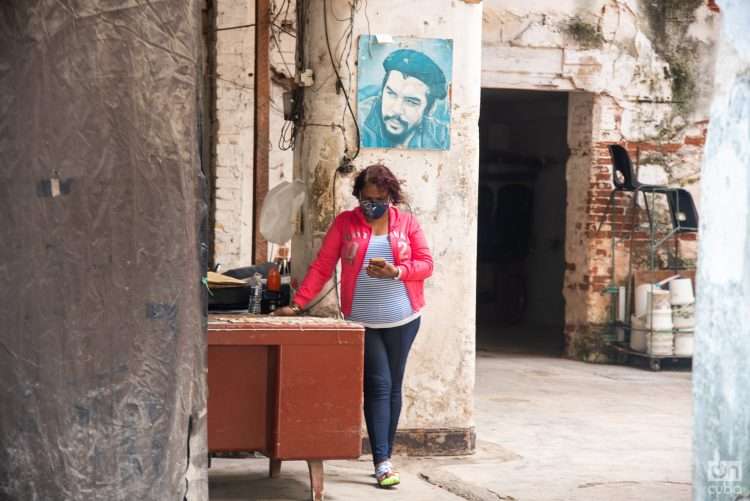 The serious economic crisis that Cuba is experiencing, the strong increase in migration and social unrest have led many in recent times to draw comparisons between the current moment and the so-called Special Period that the country went through in the 1990s.

But, is Cuba really experiencing a 2.0 special period? Five experts from different fields consulted by EFE, from historians to economists, to political scientists and sociologists, draw parallels between the two periods, but also clear differences.

“I think the two periods are comparable,” said Diosnara Ortega, Cuban sociologist and director of the School of Sociology at the Silva Henríquez Catholic University in Chile. “We are experiencing similar scenarios, although with particularities,” she added.

Cuban historian Rafael Rojas, a professor at the Colegio de México, is less inclined to equate, but stresses that this crisis is “impressive” and that its “migratory potential,” especially among young people, is “extremely high.”

In both periods, inflation, the fiscal deficit and the dollar exchange rate in the informal market shot up, pointed out Cuban Pavel Vidal, professor of Economics at the Pontificia Universidad Javeriana in Cali (Colombia).

Beyond the macroeconomic figures, in these last two years the endless queues have been repeated as in the 1990s, as a result of the shortage of basic products, such as food, fuel and medicine.

During the Special Period, the famine and blackouts were much more serious; now runaway inflation and dollarization are eating up the purchasing power of Cubans.

To mitigate this situation, the Cuban government announced reforms on both occasions to liberalize the economy.

But, as former Cuban diplomat Carlos Alzugaray pointed out, at that time the opening to the private sector was “a necessary evil,” later reversed, while now it is considered necessary and “no turning back.”

Since last September, small private enterprises ꟷ prohibited in 1968 ꟷ have been authorized and nearly 3,500 have already registered.

Rojas pointed out that these changes, although slow and partial, are due to the reforms of former President Raúl Castro, a context “that did not exist in the 1990s.” Vidal now perceives a greater geographical and sectoral diversification of the economy.

Alzugaray pointed out that the Special Period “occurs after a stage in which Cuba was doing fine,” referring to the 1980s, while the current one is hitting a country already “unbalanced” by the pandemic and the sanctions promoted by former U.S. President Donald Trump (2017-2021).

This difference is fundamental for Ortega: “The current crisis is much more serious than that of the 1990s, because then one could aspire (to return) to a recent past. But today’s young people don’t have that experience of a glorious past,” now “despair” abounds.

“During the Special Period it was something new, it was the first deep crisis and the government could ask for sacrifices,” while now “more than a third of the population,” referring to young people, “does not know anything other than the crisis,” she argued.

For Vidal “as in the 1990s,” the economic crisis has led to “social protests” and “a wave of migration,” but he considers that the current ones are of greater proportions.

In the August 1994 rafters crisis and on July 11, 2021, anti-government protests were experienced where economic unrest was the main driving force.

The most recent ones spread throughout the country ꟷ thanks to the internet ꟷ and were first repressed by the police and then prosecuted in dozens of cases and hundreds of sentences, some of up to 30 years in prison for those convicted of sedition.

The first, where the police also intervened harshly, emerged exclusively in Havana and lost strength after the country’s then president, Fidel Castro, approached the protests and ended up giving a speech.

Ortega highlighted, as a differentiating fact, that Fidel offered a “political response” to the protest, thus gaining “political capital,” while the current government has only had an impact on the “police dimension.”

Cuban President Miguel Díaz-Canel defined the demonstrations as an attempted “soft coup” orchestrated from Washington and affirmed that only violent acts have been judged and following on all occasions due process.

The migrations then and now also present dissimilar characteristics. The rafters crisis was concentrated in five weeks and the current one, as Rojas explains, is a “drip” migration that “has worsened with the pandemic.”

That of 1994 brought more than 35,000 Cubans to the United States. From last October to April, 114,000 Cubans ― around 1% of the island’s total population ― have arrived in the U.S., according to the Customs and Border Protection Office, approaching the 1980 Mariel exodus.

According to Rojas, this “is a reflection of greater pessimism, fatigue and hopelessness after three decades in which the government has delayed in applying the economic reforms.”

Several experts stress the psychological aspect. Alzugaray warns of the current “social anomie” and Ortega considers that before the situation led to resistance “to maintain” when now he observes “a resistance against power.”

“People in Cuba are not willing to wait, especially young people,” says Ortega about the current moment, speaking of “decreased confidence” in the government and fewer social policies than in the 1990s.

He highlighted that Fidel was able to change the framework of the speech and “contract the expectations” of the population, something that has not been done now, especially after the optimism generated by the so-called “thaw” promoted by the former presidents of Cuba and the United States, Raúl Castro and Barack Obama.

Also “very important,” Ortega continues, is the change in the political class, which is no longer the “historical” one, that of those who carried out the revolution, charged with legitimacy and charisma.

Alzugaray condenses it this way: “Fidel’s credibility was never in doubt; that of today’s government is.”

One last point is the consequences in Cuba of the international situation, at both times turbulent. In the 1990s, the island was dragged down by the collapse of the Soviet bloc; currently it has been the pandemic and, in recent months, the Russian invasion of Ukraine.

Then it stopped receiving economic support from the USSR. In recent years, shipments of Venezuelan oil, remittances and income from tourism have fallen significantly.

Then and now, furthermore, the United States has given its sanctions against Cuba one more turn of the screw in economically difficult times for the island. In 1996 with the Helms-Burton Act and today with the 243 measures approved by Trump, of which his successor, Joe Biden, has only reversed a few.