Both Otero Alcántara and Castillo are in provisional prison. The prosecution is asking for between seven and ten years in prison, an EFE report underlined. 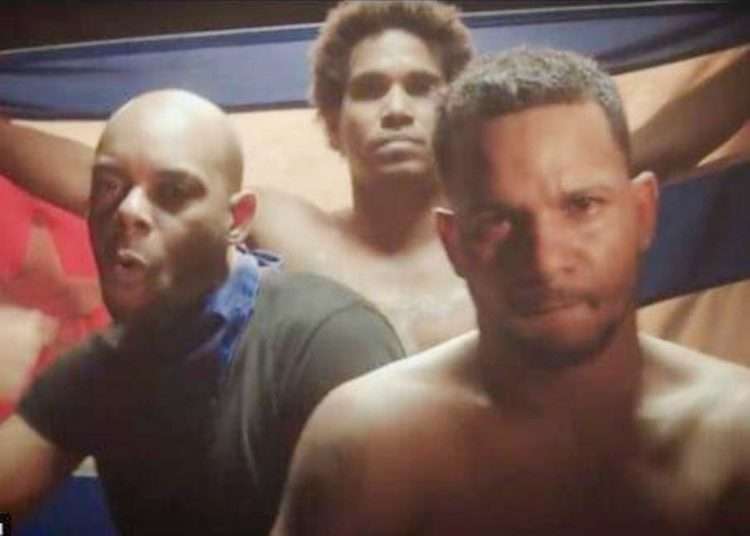 Still from the Patria y Vida video clip in which Maykel Osorbo (right) appears together with Funky and Luis Manuel Otero Alcántara (in the back).

According to the report, opposition activist Anamely Ramos announced on Facebook that their lawyers had received the summons. Both Otero Alcántara and Castillo are in provisional prison and the prosecution is asking for between seven and ten years in prison.

“They have set a date for the trial of Luis and Maykel, May 30 and 31. The lawyers received the notification. On March 8 they opened the trial, so it would take place almost three months later,” Ramos wrote, quoted by the agency.

The activist reiterated her complaint about “the arbitrariness of the process,” “a trial favorable to power” in her opinion, and expressed confidence that the “pressure” on the Cuban authorities “will now increase to very high levels.”

Other activists and NGOs criticized the trial of the two Cuban artists and opponents, such as the senior researcher for the Americas of Human Rights Watch (HRW), Juan Pappier, who described the judicial process as a “farce.” The Cuban Prosecutor’s Office requested last March, according to a letter to which EFE had access, seven and ten years in prison, respectively, for Otero Alcántara and Castillo.

Otero Alcántara, leader of the San Isidro Movement (MSI) and in jail since July 11, is accused of alleged crimes of insulting the country’s symbols, contempt and public disorder. Amnesty International (AI) considers him a prisoner of conscience.

For his part, the rapper Castillo, who has been in prison since May 2021, is responsible, according to the Prosecutor’s Office, for the alleged crimes of contempt, “defamation of institutions and organizations and of heroes and martyrs,” attack and public disorder. The United Nations Working Group on Arbitrary Detention has demanded the immediate release of Castillo, since it considers that the process against him is illegal.

This trial is not linked to the July 11 anti-government protests. They are being tried for some controversial events that occurred on April 4, 2021. According to the Spanish news agency, that day Osorbo, co-singer of the song “Patria y vida,” was arrested after a clash with some agents, apparently motivated because his companion was not wearing a mask; after the incident, he fled to Otero Alcántara’s house and shouted slogans against the government from there, according to the Prosecutor’s Office.

The singer was not arrested until a month later and has remained in prison ever since. The Prosecutor’s Office also includes in its brief other previous facts that it considers to constitute a crime by the two dissidents. It refers to events such as “offensive writings against the flag” on the networks, photographing himself with the national flag “while performing physiological needs” and posting “memes” on Facebook to “ridicule and discredit” the country’s president, prime minister and Parliament.

They are also accused of insulting the Cuban president, directly accusing the government online of “the lack of medical resources” during the pandemic and insulting the Ministry of the Interior and the security forces, among other charges.