All legislators will submit "personally, anonymously and in writing" their proposals to the National Candidacy Commission. 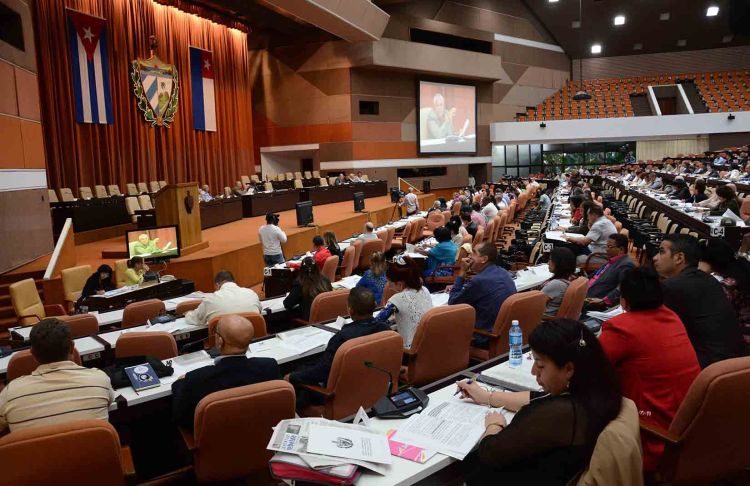 Cuba began this Wednesday a process of consultation with the deputies to elect the main posts of a new government, among them those of president and vice president, as well as those of the National Assembly leadership and the Council of State.

The proposals of the parliamentarians, who appointed the candidates to hold the positions, will be analyzed to conform the candidacy projects and submit them for approval for the next elections, as explained by the president of the National Candidacy Commission (CCN), María Consuelo Baeza, cited by the state-run Cuban News Agency (ACN).

Baeza said that as established in Article 215 of the new Electoral Law passed last July, in compliance with the Constitution proclaimed on April 10, all deputies will deliver “personally, anonymously and in writing” their proposals.

On this first day the deputies of the provinces of Guantánamo, Holguín, Sancti Spíritus, Pinar del Río and a group of those from Havana already exercised that right, where the process will take place until September 20.

As of this Thursday, the legislators of the eastern provinces of Santiago de Cuba and Las Tunas, the central Villa Clara and the western Artemisa will do so, and on Friday and Saturday this step will continue with the parliamentarians of Granma, Camagüey, Cienfuegos, Mayabeque, Ciego de Ávila, Matanzas and the special municipality of Isla de la Juventud.

The head of the CCN said that all the deputies received a copy of the Electoral Law and that in an initial meeting by territory the importance and objectives of this step is explained to them.

One of the transitory provisions of the new Magna Carta establishes that after the Electoral Law has been approved, within three months the National Assembly elects from its deputies its president, vice president and secretary, the other members of the Council of State, and the president and vice president of the Republic.

As announced, this election will be held next October during an extraordinary session of the National Assembly.

Once the president of the Republic is elected―until now known as “president of the Council of State and of Ministers”―he will appoint the prime minister, both positions instituted by the new Magna Carta.

The new Electoral Law maintains the process of direct election of the deputies and reduces the composition of the Council of State from 31 to 21 members, including its leadership.

Its main changes also include the creation of the National Electoral Commission as a standing body and the modification of the proportion of deputies in search of a better territorial distribution in the representation of the Assembly, which will have 474 members instead of the current 605.

Three types of elections are established: the municipal ones, where the delegates to the Municipal Assemblies are elected; the national, to select the deputies, and that of governors, another new figure included in the newly proclaimed Constitution.

The electoral procedure does not vary for municipal delegates, whose candidacies are proposed directly by the neighbors, while those of the deputies to the National Assembly will continue to be in charge of candidacy commissions.

Parliament will continue to elect the country’s president and vice presidents from among its members, which is why the door to direct presidential elections remains closed.