Private business owners in Havana recommended that the U.S. president normalize relations with the island, according to a study published this Wednesday by the Auge private consultancy. 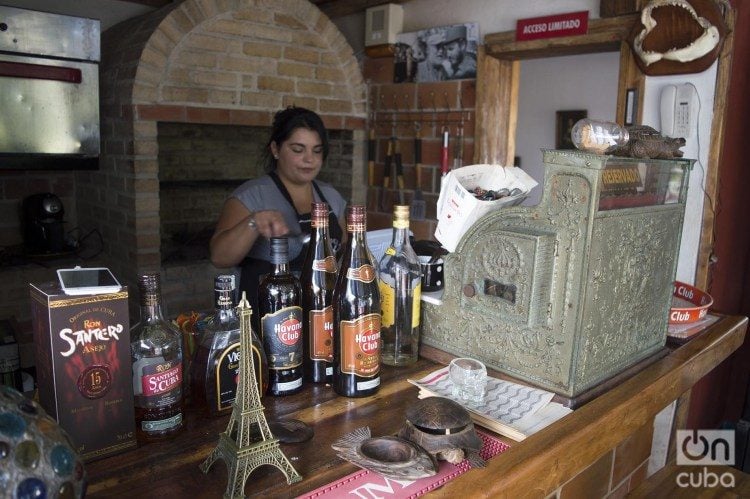 Around a hundred Cuban entrepreneurs recognized that the Trump administration’s policy against Cuba affects the development of their businesses and recommended that the U.S. president normalize relations with the island, according to a study published this Wednesday.

Out of the 126 private business owners in Havana surveyed by the Auge private consultancy, 80.1%  of them said they were affected by the measures of the current U.S. administration, while only 1.6% considered they benefit from them.

The surveyed private workers―among sectors such as software and technology development, room rentals, gastronomy, handicrafts and beauty services, among others―listed as their main effects the decrease in clientele (60%), the increased difficulties to import products and materials (53%), and the interruption of investments to open new establishments, expand their services portfolio or make improvements (40%).

To a lesser extent, others mentioned the dismissal of workers (9%) and the reduction of employees’ salaries (12%).

In the opinion of the Auge team, all of the above undoubtedly points out that Trump’s policy towards Cuba “has contributed in a general way to creating an unfavorable and pessimistic environment for the development and growth of the entire private sector.”

Opinion of entrepreneurs surveyed on Trump’s policies towards Cuba

Makes no difference to their business (18.3%)

Another revealing fact is that almost half (47%) of business owners with more than three years operating said that 2017 and 2018, the first two years of the New York magnate in the White House, have been their worst in terms of sales since they started.

Among the events that have most affected their businesses during these years, the private workers highlighted the shortage caused by financial difficulties―which the Cuban authorities attribute to the U.S. embargo―in Cuba (64%), the delay in the creation of wholesale markets (48%) and the decrease in the level of visits by American travelers to the Island (48%).

They also mentioned others such as the suspension of consular services at the U.S. Embassy in Havana, the elimination by the Trump administration of the B-2 visa valid for 5 years, weather events such as Hurricane Irma and the Cuban government’s stop in giving new licenses for private work in August 2017.

On the direct links of their businesses with the U.S., 39% of respondents said that their annual turnover depends to some extent on American visitors, which is why Washington’s recent measures to limit its nationals’ travel to Cuba “can potentially affect them directly by causing a decrease in their income,” says Auge.

For 24% of these entrepreneurs, the damage is much greater because more than 50% of their annual income comes from U.S. visitors.

Percentage that represents income from American visitors for surveyed entrepreneurs

On the other hand, although only 37.3% of the respondents acknowledged having traveled to the United States since 2014―year in which both countries began a bilateral rapprochement promoted by former presidents Barack Obama and Raúl Castro―, 87.2% said that these trips were useful for their learning as entrepreneurs.

During the 2014-2016 period, the United States granted more than 78,000 “nonimmigrant” visas to Cubans to visit that country, which, according to Auge, was used by many entrepreneurs who “combined family visits with the opportunity to get new ideas and participate in events and social gatherings that had a positive impact on their development as entrepreneurs,” something that has been drastically halted by Trump’s measures.

Meanwhile, 60.3% of respondents confirmed having imported or purchased from a third party products from the United States for the operation and improvement of their businesses.

The list, identified by Auge, about what was bought in the United States, is extensive and varied, and ranges from tools and equipment for the most diverse tasks to food and raw materials. Also included are computer services such as the purchase of domains, hosting services, software and the use of paid platforms.

Finally, the private workers made three policy recommendations to the Trump administration that, in their opinion, should have a favorable impact on their businesses. The three most repeated were to resume the normalization of relations between Cuba and the United States (73%), end the embargo/blockade (69%) and provide access to training programs in the United States (40%).

To these suggestions others were added such as restoring consular services at the U.S. Embassy in Havana and resuming the issuance of B2 visas valid for five years, facilitating access to bank microcredit programs, suspending the application of Title III of the Helms Burton Act and allowing the investment of U.S. capital in Cuban private businesses.

Auge, a private consultancy with five years of experience in strategy, marketing and regulatory matters, conducted this study for five months with the objective of “establishing what impact the U.S. policy change has had on private businesses since Donald Trump assumed the presidency and identify the main effects based on the link that exists between Cuba, the United States and its travelers.”

The original survey consisted of 13 questions and although its authors clarify that the sample―only in Havana―”was not randomly selected” and, therefore, its results “are not necessarily generalizable to the population of private workers,” the resulting study does offer data and analyses that contribute to a better understanding of the impact of the current U.S. government policy on Cuban entrepreneurs.

Since the economic reforms promoted by the government of former President Raúl Castro, the private sector has increasingly gained a space in the Cuban economy and society. At present, it includes more than 600,000 self-employed workers, plus members of agricultural and non-agricultural cooperatives, to round off 1.4 million people, 32% of Cuba’s workforce.

Within the process of review and “reorganization” of the sector carried out months ago, the Cuban government put into effect new measures, within which it added five new modalities allowed to the previous 127 and allowed the establishment of more than one activity in the same domicile.

It also eliminated the limit of 50 capacities for restaurants, bars and coffee shops and approved the possibility that legal entities can hire products and services from self-employed workers.