The famous place, located at the beginning of Obispo Street in Havana, is one of the two Caribbean establishments selected by more than 200 beverage experts to be part of the list of the 50 best bars in the North American and Caribbean region. 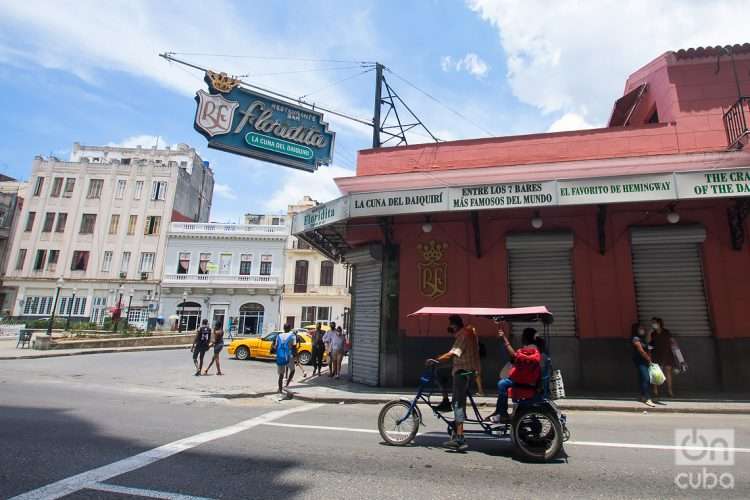 Restaurant-Bar Floridita, at the beginning of Obispo street in Havana. Photo: Otmaro Rodríguez.

The restaurant-bar El Floridita, considered the most emblematic in Cuba, was included among the 50 best bars in North America and the Caribbean, a renowned list recently made public in New York City.

Orlando Blanco, manager of the famous place located at the beginning of Obispo Street, in Havana, where many say that the best daiquiri in the world is prepared, said that the designation is a reflection of the “high standard maintained for years,” according to a report by the Cuban News Agency (ACN).

The executive pointed out that the 50 Best ranking, which places El Floridita in 40th place, was drawn up by more than 200 beverage experts, including bar owners and bartenders, who chose only two establishments in Puerto Rico and Cuba to be part of the selection.

Blanco noted that the recognition comes on the 205th anniversary of the facility, and adds to others, such as the one obtained in 1953, recognized by Esquire magazine among the seven most famous bars in the world, and the one in 2016, when it was ranked among the best 35 by the International Bar Drink.

According to ACN, René Abel Lara, maitre d’ at El Floridita, highlighted that the inclusion in the list, which for the first time classifies the beverage spaces in the region, is a result of the workers’ sense of belonging and the “meticulous performance” of its cocktail makers, heirs of the master Constante Ribalaigua, reinventor of the Daiquiri, who used to prepare his own for Nobel Literature Prize winner Ernest Hemingway, a regular at the place.

The expert recalled that during the obligatory stoppage due to the COVID-19 pandemic, the center continued to offer take-out food services and the moment was used to carry out a remodeling that has been praised by visitors due to the “excellent state of preservation” of the premises, according to the report.

He added that, along with tourists, many Cubans also visit the place, in his opinion because in addition to the quality of the offers, the prices are “quite attractive” compared to the non-state sector spaces in Old Havana, details the media.

The directors also revealed that they are preparing several activities to celebrate the 205th birthday of the establishment and the 100th anniversary of Daiquiri No.4, created by Ribalaigua, including a day of bartending classes and a competition with young people up to 23 years of age to make the famous cocktail.