Resolution 328 of the Ministry of Finance and Prices, published last Thursday in the Gaceta Oficial Extraordinaria number 70, indicates that the fees for shows in theaters, houses of culture and other related activities will be in Cuban pesos (CUP), the only currency of legal tender that will be used in Cuba as of January 1. 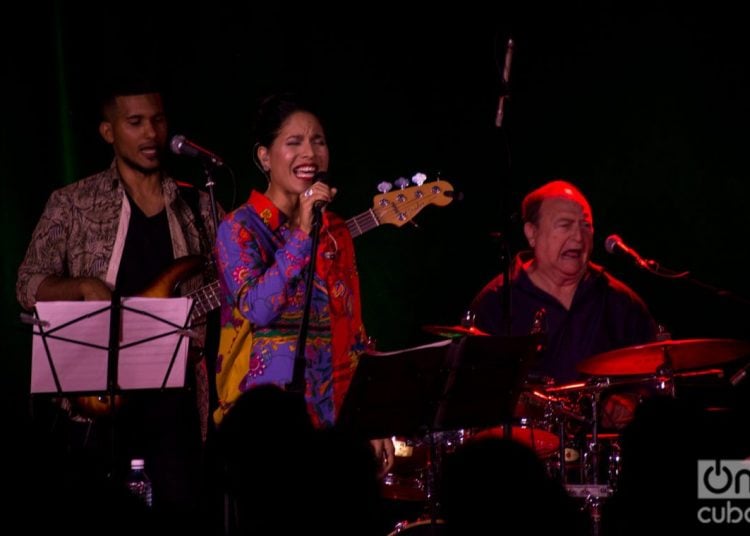 Concert by Haydée Milanés at the Museum of Fine Arts. Photo: Otmaro Rodríguez/Archive.

Cuba will increase the entrance prices of museums, historical sites, cinemas, theaters, cultural and sports events by three and up to six times, in addition to the services offered by libraries and archives.

As part of the monetary reorganization, which will begin on January 1 on the island, the fees for legal services will increase their prices sixfold and non-legal consultancies up to four and a half times, official media reported.

Resolution 328 of the Ministry of Finance and Prices, published last Thursday in the Gaceta Oficial Extraordinaria number 70, indicates that the fees for shows in theaters, houses of culture and other related activities will be in Cuban pesos (CUP), the only currency of legal tender that will be used in Cuba as of January 1.

Likewise, the resolution refers to the application of equal rates in CUP for Cuban and foreign individuals “in the services that mostly Cubans access, such as entrance to museums, historical and patriotic sites, cinemas, theaters, cultural and sports events and others.” However, some already published rates, such as those of the Alicia Alonso Grand Theater of Havana, continue to establish differences between national and foreign clients.

Regarding tourist packages and other activities that count as export services, these will be paid for in Cuban pesos, while today’s prices in convertible pesos (CUC) for real estate services, as established in the contracts with the clients, assume the Cuban peso after applying the exchange rate that will be established.

For entrance to shows and other establishments that currently have different prices in CUC for Cubans and foreigners, “single rates are set in Cuban pesos by multiplying those that apply to nationals by the exchange rate,” indicates the source, which points out that “preferential treatment continues in the collection of fees to different segments of the population, sectors and institutions, through the application of discounts for children, students, pensioners, activities related to their state function, among others, whose conditions must be specified in the legal norms issued by the authorities.”

According to the resolution, the rates for local and national aquariums will also rise, up to a maximum of three times the current price of the first, and four times the others.

The design of the economic reform promoted by the Cuban government includes the monetary and exchange unification at the rate of one USD for 24 Cuban pesos—with the well-known devaluation of the Cuban currency—the increase in workers’ income and the elimination of “excessive subsidies and gratuities.”

On December 10, Cuban President Miguel Díaz-Canel announced in a simultaneous broadcast on national radio and television “the beginning of the ‘reorganization task,’ the name that has been given to the process of monetary and exchange rate unification and to the rest of the necessary transformations that accompany it.”

“This ‘task’ will put the country in better conditions to carry out the transformations demanded by the updating of our economic and social model, based on guaranteeing all Cubans the greatest equality of opportunities, rights and social justice, which will be possible not through egalitarianism, but by promoting interest and motivation for work,” said Díaz-Canel.

In addition to the elimination of the CUC, the monetary and exchange rate reorganization entails the establishment of an exchange rate of 24 Cuban pesos (CUP) per USD, business readjustments and the increase in prices, wages and pensions in the country.