The minister of health specified that 2,317 patients have been admitted to health facilities, of which 684 are suspects. 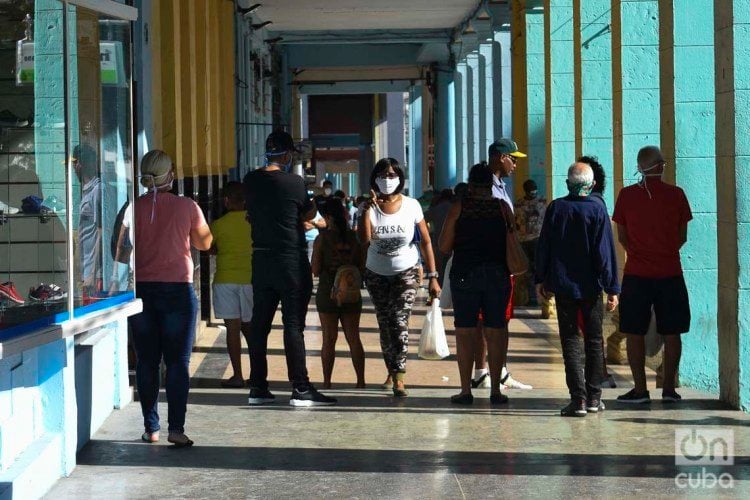 In Cuba, 20 new COVID-19 positive cases were registered at the close of the night of this Saturday, bringing the total number of people infected with the coronavirus to 139, Cuban Minister of Public Health José Angel Portal reported this Sunday.

The minister specified in a press conference that 2,317 patients have been admitted to health facilities, of which 684 are suspects. Another 30,642 people remain isolated in their homes, under epidemiological surveillance by primary health care professionals.

In the report of the closing of the night of this Saturday, three patients were reported in critical condition and another five serious. There are no new deaths from COVID-19, according to the minister.

Portal said that of the 139 confirmed cases, 114 are Cuban. Of these, 73 returned from various countries in the incubation phase. The rest of the local patients were infested through contacts with foreigners or with people who had contact with them.

This Saturday 297 cases were studied, of which 20 samples were positive. So far, a total of 1,665 diagnostic test samples of the disease have been performed.

The patients reported in critical condition are a 63-year-old Cuban citizen, admitted to the Pedro Kourí Institute of Tropical Medicine (IPK), in Havana, and two women, 53 and 71 years old, respectively, admitted to the Manuel Piti Fajardo Hospital, in Villa Clara.

The seriously ill are a 49-year-old Cuban citizen, a 72-year-old Frenchman, and another 55-year-old Cuban, resident in Ecuador, who arrived in Cuba on March 16 and was admitted to the IPK on the 22nd; likewise, two Cubans, a man and a woman of 45 and 62 years of age, in that order, who arrived on the island from the United States, remain serious.

Cuba has not entered the epidemic phase of the virus

Despite the fact that the first case of local transmission of the virus on the island was reported on Saturday, the Cuban health minister assured that Cuba is not in an epidemic phase. “We are entering the most complex phase. In the coming days we expect more cases will come up. No one should be alarmed, but we must act strongly.”

He identified three phases. The first, called “pre-epidemic,” is where the health authorities place Cuba right now. Its distinctive feature, he said, is the notification of confirmed cases of travelers from affected countries, or local cases that have occurred due to having had contact with those travelers.

The second, which he called “limited local transmission,” is characterized by the confirmation of cases where direct links with travelers from affected areas have not been established. Usually, said Portal, it is limited to small conglomerates, a locality of the country, a particular institution or center.

The third, the epidemic, is the most complex. In it, cases that do not have links with travelers are detected and confirmed, cases in different locations increase and so-called “peaks” occur in the pandemic curve.

The minister assured that the Cuban health system is focused on finding people who are sick, “those who have the virus, to isolate them, track their contacts and isolate them too.”

He affirmed that yesterday 6,812,514 people were reached through “active screenings,” of whom 1,073,000 were older adults and 104,491 elderly people lived alone. He said that this is one of the social groups that is receiving the highest priority, based on their vulnerability in the face of the coronavirus.

The island is preparing for a more complex scenario

José Ángel Portal said that Cuba has 12 hospital facilities dedicated to coronavirus care throughout the Island, with 274 beds dedicated to the care of seriously ill patients.

He assured that the health system has “all the guarantees, human resources, equipment, expendable material and medicines” to face the pandemic.

“That today responds to the number of cases that we have been presenting,” he said.

Given the models of possible behaviors of the epidemic in Cuba, “we have planned another five hospitals with more than 2,000 beds, of which 330 would be for intensive care,” the minister explained.

Likewise, work is underway to create 3,983 new capacities and 700 intensive care beds could become available, according to Portal.

Meanwhile, another 24 facilities, with 1,720 beds, are enabled for the isolation and care of patients suspected of the disease, he said.