The report on the “alleged Independent International Mission” of the UN in Venezuela “lacks technical rigor, objectivity and impartiality,” according to the Cuban foreign minister, who expressed his disagreement through a message on Twitter. 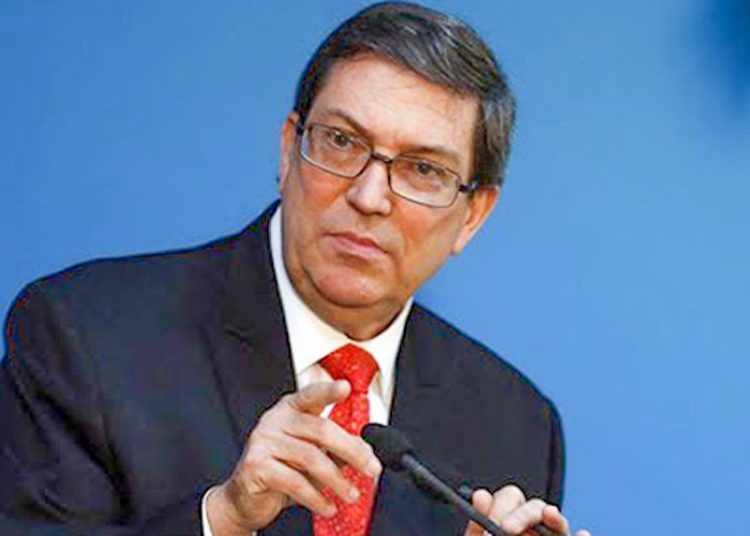 Cuban Foreign Minister Bruno Rodríguez rejected this Wednesday the report of the UN International Mission that denounces serious violations of human rights in Venezuela, considering that it is a “politically motivated document.”

The report on the “alleged Independent International Mission” of the UN in Venezuela “lacks technical rigor, objectivity and impartiality,” according to the foreign minister, who expressed his disagreement through a message on Twitter.

“We reject this politically motivated document, part of the discrediting campaign led by the U.S. against that brotherly people and government,” he concluded.

Cuba’s reaction came a few days after the publication of the report of the International Mission to analyze possible human rights violations in Venezuela, which details crimes against humanity committed by the government of President Nicolás Maduro.

Venezuela and Cuba have maintained a close political and economic alliance for two decades, a closeness that in the last two years has motivated the United States to tighten sanctions against the Caribbean island, whose government it accuses of propping up Chavismo in power.

The document, presented yesterday before the 45th session of the UN Human Rights Council, denounces extrajudicial executions, arbitrary detentions, torture and other crimes committed by the Venezuelan regime.

To draw up the 411-page report, the United Nations International Mission thoroughly analyzed 223 specific cases and investigated some 4,600 deaths at the hands of Venezuelan security forces, as well as more than 3,400 complaints of arbitrary detentions for political reasons.

These violations were perpetrated, according to the mission, by members of the Venezuelan state security forces and intelligence services, both civilian and military.

Portuguese Marta Valiñas, president of the UN International Mission, demanded that the Venezuelan authorities guarantee the accountability of those responsible, although the report suggests that courts outside Venezuela, including the International Criminal Court, judge these violations of human rights and freedoms.

Venezuela’s delegation to the UN immediately rejected the report and accused the United States and the Latin American countries of the Lima Group of having prepared it to discredit the Maduro government. Venezuela currently forms part of the Human Rights Council.