The sending of 290 new specialists to that Caribbean nation will double the current number of collaborators. 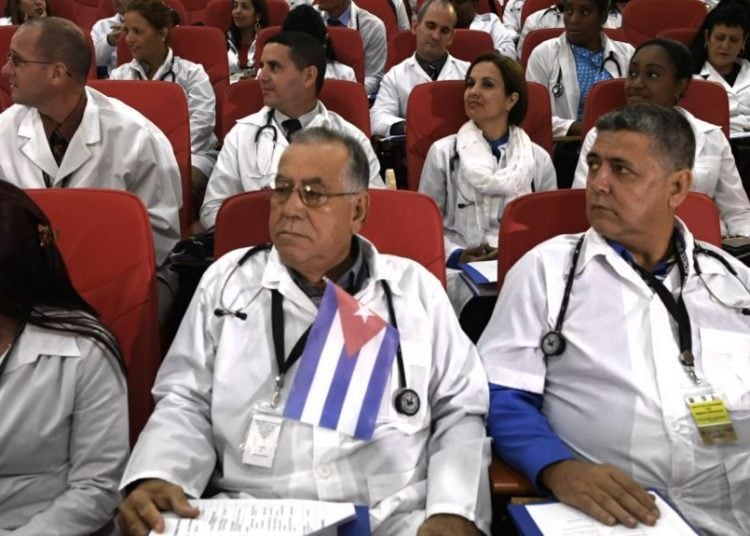 Cuba will double the number of professionals providing medical services in Jamaica with the sending of 290 new specialists to that Caribbean nation, officials of the Cuban Ministry of Public Health announced this Tuesday.

Some 259 Cuban collaborators are currently working in Jamaica, the head of the island’s medical mission in that Caribbean country, José Armando Afronte, specified to the official newspaper Granma. He said that the authorities from both countries had recently examined and chosen the new members of the group.

“There is a great acceptance by the people of Jamaica and by the Ministry of Public Health in each of the institutions working there―both hospitals and health centers―on the role played by Cuban personnel,” said Afronte, who did not specify when the professionals will arrive.

Cuba’s medical mission in Jamaica began to provide services in 1976 and although today it is mostly made up by nursing professionals, it also includes doctors, electromedical engineers and technicians.

Some 18 specialists are part of the “Misión Milagro,” which has operated on some 16,000 patients to improve or return sight to low-income Jamaicans.

According to official data, in more than 40 years of work in Jamaica, Cubans have saved 2,541 lives, have applied 73,331 doses of vaccines, performed 30,761 operations and have offered more than 1.4 million doctor’s visits.

The export of professional services, mainly doctors and teachers, is Cuba’s main source of income. University education is completely free on the island and every year several thousand graduate in medical sciences to practice inside or outside the country.

In 2018, medical missions abroad contributed almost 6.4 billion dollars to Cuba, well above the more than 1.3 billion earned from “support services,” the country’s second declared source of income, which includes assistance to vessels and airplanes, among other benefits.

The vast majority of the nearly 55,000 Cuban professionals present today in 67 countries care for disadvantaged communities and work in remote areas, where specialists rarely go to.

The Cuban government has reiterated the “solidarity” and “humanitarian” nature of these missions. However, the program has received criticism because a high percentage of what is paid to doctors goes to the state coffers.

In November 2018, Cuba withdrew more than 8,000 doctors from the “More Doctors” program in Brazil due to the threats of then president-elect Jair Bolsonaro to cancel that initiative if the island’s government did not accept new conditions, including that doctors collect their full salary.

According to the tripartite agreement between Cuba, the government of Brazilian President Dilma Rouseff and the Pan American Health Organization, Cubans received 30% of their salary in Brazil and the remaining 70% went to the Cuban government, something that for Bolsonaro was “unacceptable.”

Lester Hamlet: “I consider myself a free man”

Grettel Montes de Oca: “There are many animal lovers throughout Cuba”

Grettel Montes de Oca: "There are many animal lovers throughout Cuba"

Juan Miguel Echevarría: "It’s a gold medal for my country, which deserves it"