Authorities of the National Roads Center highlighted that although 9,800 kilometers of "roads of national interest" were repaired in 2018, these figures "do not meet the island’s needs." 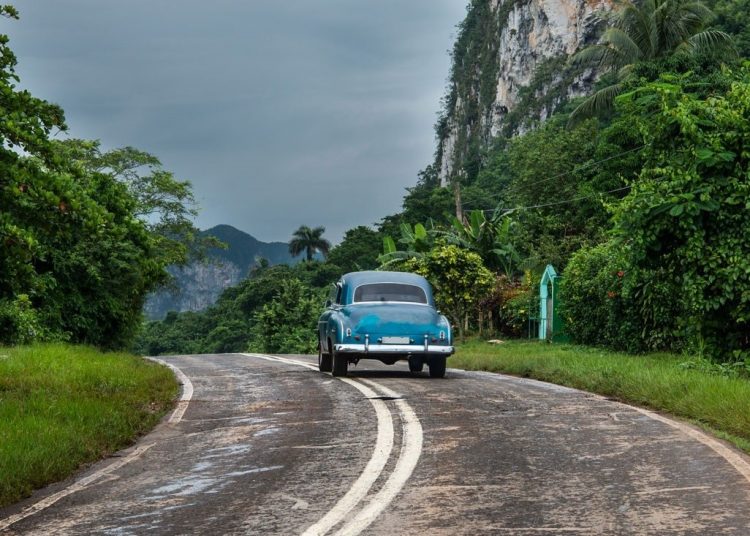 More than 75% of the roads in Cuba are in regular or poor condition, according to data from the Ministry of Transportation, which has launched a program to curb the deterioration, with emphasis on the National Thruway and the Central Highway.

Most (39%) of the island’s roads need extensive maintenance, while 37% are in “regular” conditions, the official newspaper Granma specified this Tuesday.

In a report presented to Cuban President Miguel Díaz-Canel, authorities of the National Roads Center highlighted that although 9,800 kilometers of “roads of national interest” were repaired in 2018, these figures “do not meet the island’s needs.”

The poor conditions of the Cuban roads have influenced, along with drivers’ negligence and the technical damage of the vehicles, mostly with decades of exploitation, the increase of traffic accidents in Cuba, registering an average of 29 daily accidents in the first quarter of 2019.

Last year, the increase in deaths due to massive traffic accidents and the deterioration of the roads led the Cuban official press to demand “swiftness” in the repair of the roads, especially the unfinished National Thruway, to prevent it from continuing to be a “cemetery on asphalt.”

According to the National Roads Center, until 2030 they will maintain as “priority investments” the works associated with the development of the tourist destination in the keys to the north of the island and the Mariel Special Development Zone, the star project of the Cuban government to raise foreign capital.

They will also work on signs, sealing cracks, paving and repairing bridges and sewers on the National Thruway and the Central Highway, the two main roads in the country.

The National Thruway, a megaproject initiated in 1978 and designed to cross Cuba, was interrupted almost 30 years ago when the Soviet Union disappeared in the early 1990s and the country was plunged into the worst economic crisis in its recent history.

Today it connects six provinces in the west and center of the island, while some stretches of the east remain in operation, completed before the work was stopped.

Meanwhile, the Central Highway, considered one of the wonders of Cuban civil engineering, was completed in 1931 and runs from one tip of the country to the other along 1,139 kilometers.

Grettel Montes de Oca: “There are many animal lovers throughout Cuba”

Juan Miguel Echevarría: “It’s a gold medal for my country, which deserves it”

Juan Miguel Echevarría: "It’s a gold medal for my country, which deserves it"

Cuba concerned that violence in U.S. is due to Trump's "hate discourse"

Cuban Parole "under review," according to USCIS