Despite the release of few films this year, 2019 was a good year for Cuban cinema. 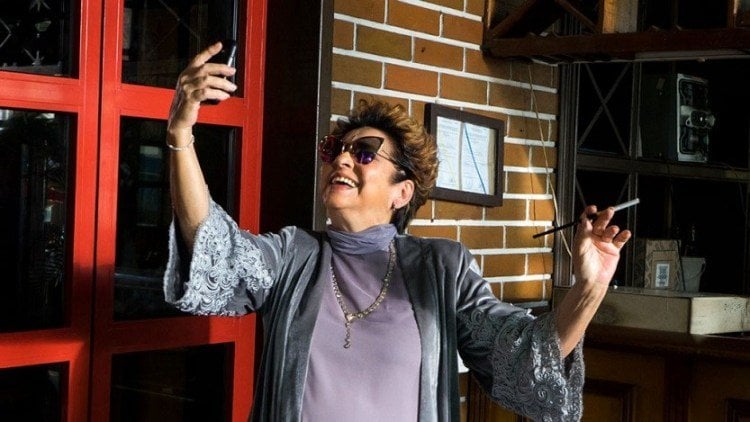 Despite the low production, 2019 was a fruitful year for independent Cuban cinema, due to a great extent to the nomination for the Oscar Awards of the film El traductor, by the Barriuso brothers, as well as the approval of Decree Law 373, which legally recognizes the independent audiovisual and cinematographic creator, in addition to the creation of the Creator’s Registry and the Promotion Fund for Cuban cinema, measures that took their first steps in the final stretch of the year.

This 2019 there were not many productions of Cuban cinema in fiction feature: only the titles Buscando a Casal by Jorge Luis Sánchez, Agosto by Armando Capó and Habana Selfie by Arturo Santana, premiered in 2019 in Cuba.

The New Latin American International Film Festival was once again the epicenter of Cuban cinema and the region, to host the presentations of the aforementioned films, among others, an event where Armando Capó’s first opera prima deserved the prize for the best film in that category, after an international tour that included important festivals such as those of Toronto and San Sebastián.

The film presents autobiographical nuances of the director himself, who frames the story in his native Gibara, where Carlos (protagonist of the plot) lives the turbulent month of August 1994, in the midst of the crisis the country was facing, the discovery of love when he was 14 and the separation of childhood friends, an intimate story with which many Cubans identify when seeing the film.

In the case of Habana Selfie, this premiered shortly before the start of the Festival, on the occasion of the 500th anniversary of the city, last November, a film that shows different facets of the Cuban capital, based on several apparently intertwined stories.

The director’s intention was to provide the viewer with a fresh story, a comedy with a choral cast where novel and more experienced actors come together, who represent part of Havana’s daily life, cheerful as the film itself.

Clearly Cuba’s most pretentious film in 2019, the island’s only participant in the Fiction Feature Films contest at the recent Havana Film Festival.

On this occasion Sánchez intends to awaken in the spectators the need to find this Cuban poet and intellectual, almost forgotten by a large part of the Cuban people who largely has no knowledge about the importance of the work of Casal, one of the precursors of modernism in Hispanic literature.

Through symbols, anecdotes, passages of his life and fantasies, the director reveals part of the world and the psyche of the poet and journalist. His intention was not to conceive a biographical story about Casal, rather a recreation of a stage of his life based on an unorthodox production for cinema in general.

Special mention for the documentary A media voz (In a Whisper), winner in the Best Documentary Feature category at the recent Film Festival in the Cuban capital, a few weeks after winning the award for best work from the prestigious Amsterdam International Documentary Film Festival.

Directed by Cubans Patricia Pérez and Heidi Hassán, the film is a co-production between Cuba, Spain, Switzerland and France, which establishes a dialogue between two shores (Spain and Switzerland) between both filmmakers, who by receiving the prize in Havana represents an important boost for Cuban independent cinema, according to Hassán, who picked up the Coral in the Cuban capital on December 12.

The most read about

Another of the most popular news in the field of cinema referring to the largest of the Caribbean islands was undoubtedly the nomination of Ana de Armas to the Golden Globe. The actress closes this year in style by competing in the best comedy and musical actress, thanks to her work in the film Knives Out.

The shooting in Cuba of the movie Red avispa (Wasp Network) was another of the most publicized events worldwide. French director Olivier Assayas brought together a luxury cast for the shoot on the island of this film, whose core is the story of five Cuban agents captured in the United States.

The film was presented in Havana during the 41st New Latin American International Film Festival, after being released at the Venice Film Festival.

This 2019 was a crucial year for Cuban cinema. The approval and implementation of Decree Law 373, as well as the international and local awards that Cuban independent cinema has received, are the first steps to consolidate the cinema made by Cuban filmmakers, inside and outside our borders, a necessary dialogue where cinematographic art will always benefit the most.

Trade between Cuba and Russia grows in 2019