Grilles of all types, models and sizes and colors, make it possible to infer the social status of their owners. 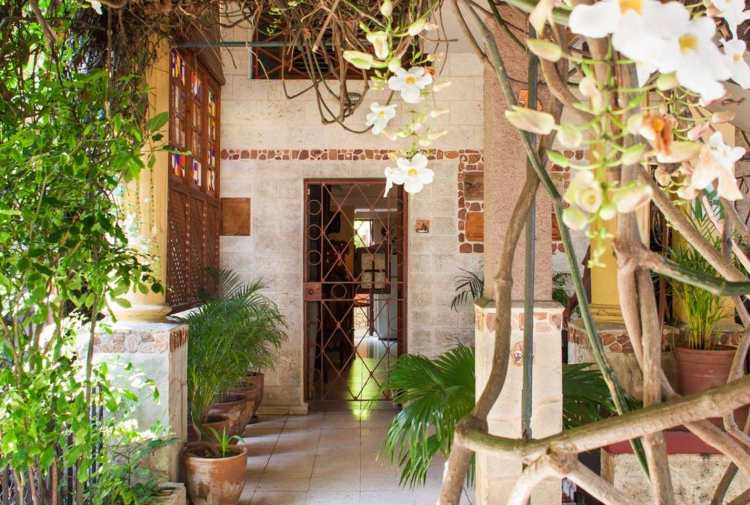 In a famous essay, Alejo Carpentier defined Havana as “the city of columns.” Indeed, walking through places like the Calzada de Jesús del Monte, so marked by the poet Eliseo Diego, or the current municipalities of El Cerro, Diez de Octubre and Plaza, it is not unusual to find buildings and constructions featuring Ionic or Doric columns, a poor copy of an outdated neoclassicism that, however, gave that Havana a special touch of distinction among the Latin American capitals of the time.

Walking through certain areas of El Vedado, the scent of daisies and jasmines fills the gardens and parks; there are the magnificent columns―some intact, others in semi ruins―that now coexist with an omniscient urban protagonist: the grilles and fences, put up on purpose as insulating structures of an outside world that is perceived as profane, vulgar, promiscuous and, above all, intrusive and insecure.

But they are by no means an absolutely new feature. Carpentier writes: “The traditional Cuban house―and this is even more visible in the provinces―is a house enclosed in its own gloom, like the Andalusian, Arab house, from which many descend. The spiked gate only shows the face of the person who used the knocker. Rarely do the windows that open onto the street appear open―not even half open. And, to keep greater distances, the grille affirms its presence, with incredible prodigality, in Cuban architecture.”

And he continues: “We said that Havana is a city that has more columns than any city on the continent, it could exceed in that. But we would also have to make an immense recount of the grilles, an incalculable catalog of irons, to fully define the always implicit baroque presence in the Cuban city.”

Now there are grilles of all types, models and sizes and colors, by which the social status of their owners can be inferred. The wealthier―usually those who rent rooms, work in corporations or tourist spots―keep to themselves through-and-through and make sure they are well enclosed seeking to block the eye of the busy-bodies and tricksters roaming the sidewalks.

It is also not unusual to find bad taste and kitsch among their owners, judging by horrifying volutes, painted in a gold color more typical of chorus girls than the classic Vedado, whose grilles were forged by true master artisans during the time of the sugar bonanza, when the money ran through the hands of landowners and sugar factory owners.

But those who do not appear on the privileged list or have eventual access to hard currency, don’t want to be left out of the game and resort to more prosaic materials―the main one, the elementary iron bars―to isolate themselves from the outside world, which gives certain houses and apartments more of an aspect of provincial prison, in the style of the San Nicolás del Peladero TV program, than a hideaway for the enjoyment of free time and family life. Little does it matter that they try to decorate these quasi-proletarian bars with vines and pots with plants and flowers. As Flaubert used to say, it is not the pearls that make the necklace, but the thread.

Definitely, from this point of view Havana is like New York, Mexico City or any other city in this globalized world, which gives individuals not only the possibility of feeling safer locked in a new chastity belt, but also of being subjected to the perennial bad taste, as universal as junk food and those Nike-type brands that give a mortal the importance of being called Ernest.

As in many other Cuban things, here too, I think, that phrase of he who throws the first stone can be used.