The sanctions issued this Tuesday by the U.S. Treasury Department against Rosneft Trading (based in Switzerland) are “a new violation of International Law and the universally recognized rules of commerce,” said the Cuban foreign minister through his Twitter account 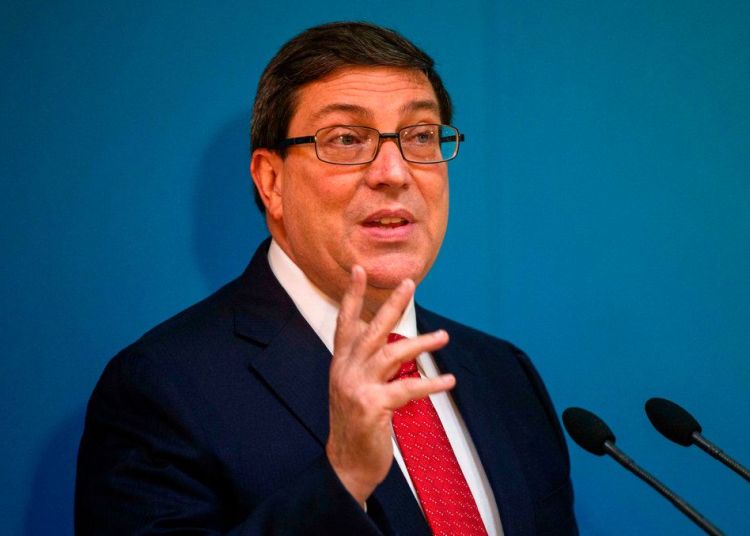 Cuban Foreign Minister Bruno Rodríguez described the U.S. economic sanctions against the commercial subsidiary of the Russian corporation Rosneft for assisting Venezuela in its oil foreign trade as a “violation” of international laws.

The sanctions issued this Tuesday by the U.S. Department of the Treasury against Rosneft Trading (based in Switzerland) are “a new violation of International Law and the universally recognized rules of commerce,” said the Cuban foreign minister through his Twitter account.

Rodríguez added that the U.S. authorities “have no right to impose unilateral measures on entities of other States that trade with Venezuela.”

In this way and as expected, the Cuban government aligns with that of Nicolás Maduro in Venezuela, its main partner and supporter, who in the first place protested the decision of the U.S. executive.

Venezuelan Foreign Minister Jorge Arreaza described the sanctions as “arbitrary” and said they “violate the right to free trade and free enterprise.”

The White House announced the freezing of Rosneft Trading’s assets and the ban on financial operations with its president, Didier Casimiro, and warned other energy companies that similar measures will be taken if they collaborate with the Maduro regime.

Rosneft is one of the most active corporations in Venezuela, where it has increased its activities and has become the great intermediary of Venezuelan crude in the face of the sanctions imposed by Washington on the state oil company PDVSA.

In recent months Cuba has suffered a crisis in the supply of fuel, which the government attributes precisely to U.S. measures against Venezuelan oil shipments.

This crisis has resulted in periodic shortages in Cuban gas stations, as well as energy saving measures announced by the government.