Francisco Durán, national director of epidemiology of the island’s Ministry of Public Health, reiterated that “there are no suspected or confirmed cases of coronavirus in Cuba to this day.” 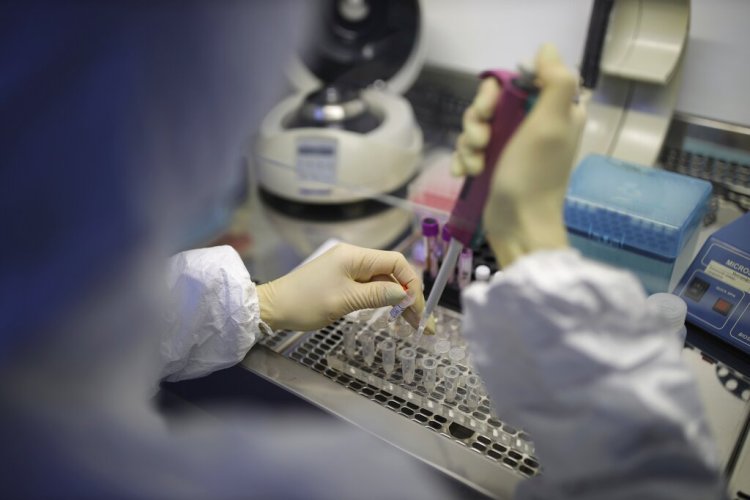 Cuba already has the specific diagnosis for Covid-19 coronavirus, so any possible case of the so-called Wuhan pneumonia could already be accurately diagnosed on the island, the official media reported this Monday.

This was confirmed in a press conference by Francisco Durán, national director of epidemiology of the Ministry of Public Health (MINSAP), who reiterated that “there are no suspected or confirmed cases of coronavirus in Cuba to this day,” the Cubadebate digital site said.

“A Cuban specialist was prepared in Mexico and we already have the reagents to make the specific diagnosis of this coronavirus in the country,” said the official, who said that the island already had diagnostic methods for other viruses, which until now were being applied to suspicious cases seeking to rule out possible contagion.

Durán explained that the specific diagnosis of Covid-19―which has already infected more than 73,000 people worldwide and has caused more than 1,800 deaths, almost all in China―“will be made to those people with characteristic symptoms of the virus” and with epidemiological elements, for example, having recently visited the Asian giant.

“It’s not for massive testing, only for those exposed to risks,” he said.

Durán said that at this time Cuba does not have patients suspected of being infected with the coronavirus, unlike days ago, when it recognized the existence of hospitalized people with “symptoms that characterize this disease.”

In this regard, he said that “those citizens who have come from China have been monitored for 14 days, and have been discharged.”

In addition, he said that the island maintains “strict border epidemiological surveillance and health control to minimize the risk of the virus entering national territory,” as part of a government plan led by MINSAP and Civil Defense, in which several State agencies are participating. As part of this, days ago all Cuban provinces were visited to verify the implementation of the measures “at each airport, ports and marinas, discussing the control and prevention plan for this disease.”

“A person who arrives from China goes through the scanner, through the digital thermometer, and even if he does not have a fever or other symptoms, his family doctor is informed to guarantee the continuity of the surveillance, in case there is an incidence,” he specified.

He also commented that the necessary conditions are still being created “in certain health units” to “have everything ready and be prepared to make an effective surveillance” and, if there is a case, “to provide a high quality service, for example, intensive therapy.”

“Health personnel in general and, in particular, those who work in these units, as well as Tourism and General Customs workers of the Republic, have been trained so that they know how to act, what measures to take, how to take care of themselves and protect others,” he explained, while saying that MINSAP has taken into account “the recommendations and special measures sent by the Chinese government to protect health personnel and the population.”

Among these, he advised taking care of the respiratory tract to avoid contagion, with actions such as covering the mouth when coughing, nose when sneezing, always using handkerchiefs or elbow, maintaining hygiene, and in case any symptoms arise to go to the doctor.

However, he warned about the possibility that some people may be asymptomatic carriers, capable of transmitting the disease without suffering from it, which makes it necessary to “maximize vigilance.”

For his part, Carmelo Trujillo, head of the MINSAP Department of International Health Control, clarified that there is no restriction to travel to China or any other country, but said that those who travel have the “obligation” to “immediately” go to the doctor if they present respiratory symptoms

“It must be an individual responsibility of all travelers to appear before the health authorities, before 72 hours once they arrive in the country, to declare their status as a traveler and thus contribute to effective epidemiological surveillance,” he added.

Regarding the treatment, the national director of epidemiology of MINSAP explained that different protocols are still being tested, including one that “strongly” includes a Cuban product, the alfa-2b recombinant human interferon, as well as oseltamivir, an antiretroviral also produced on the island.