Cuban medicines against COVID-19 (I)

Products such as recombinant Alpha 2B interferon, CIGB 258 and Biomodulin T, are part of the protocol for confronting the pandemic in Cuba 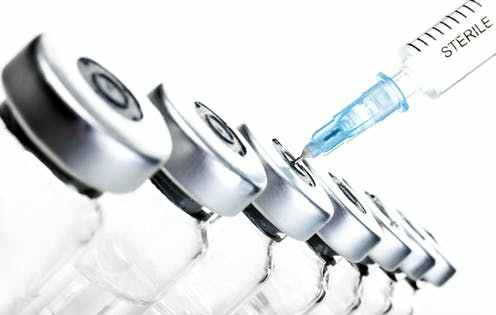 Although they are widely recognized inside and outside the island for the proven quality of their products and research, Cuban scientists aren’t usually in the spotlight or press headlines. Their work is mostly anonymous; it goes unnoticed by most people.

However, the COVID-19 pandemic has come to change, like so many other things, that reality. In the midst of the fight against a disease that has conquered the world in a few months, with a fierce balance of thousands of lives and millions in economic losses, Cuban science has suddenly and deservedly jumped into the spotlight, and its medicines and research centers have become part of the daily events of those who live on the island.

Products such as recombinant Alpha 2B interferon, CIGB 258 and Biomodulin T, and entities such as the BioCubaFarma business group, the Center for Genetic Engineering and Biotechnology (CIGB) and the Finlay Institute, are systematically mentioned in the media, and their executives―who have become spokespersons for those who remain working in the shadows―have become public figures at a time when the true contributions to life are gaining ground compared to the usual celebrity of the frivolous.

It is a work-in-progress that until today has allowed the island to show favorable indicators, and to investigate and evaluate the action of different medications and therapies under way for their incorporation into the COVID-19 treatment protocols.

“Within the range of medicines in which we are working to combat the new coronavirus pandemic, there are some that are novel and that are having a very important effect in reducing the mortality levels, and also in reducing the number of patients advancing towards a serious condition,” assured Dr. Eduardo Martínez, president of BioCubaFarma, in response to OnCuba.

“We even didn’t have registered yet some of those new drugs because they were being evaluated for other diseases, and we have redirected them to the treatment of COVID-19 because of their potential,” he explained. “However, we do have evidence of their safety because they have been tested on dozens of patients, and this is why we have speeded up all these processes and are carrying out the clinical evaluations required to, according to the results, carry out the registrations that allow them to be produced on a larger scale for expanded use in Cuba and also internationally.”

“In fact, at the moment there are already negotiations with companies from different parts of the world with which we have relations, from Europe, from Latin America, which have been asking us for information about these new products on which we have been working with positive results, for their production. We are in that exchange, and because the pandemic situation should not be completely resolved until there is a preventive vaccine, we think that these drugs will have a future use for this disease,” added the president of BioCubaFarma, a business group that exports about 300 products to more than 50 countries.

In general, the Cuban protocol for coping with the disease caused by the SARS-CoV-2 coronavirus focuses on three areas: prevention, treatment of patients (both stable and those who manifest complications and fall seriously or critically ill), and care for those who recovered from the disease. We will refer to the tools being used by Cuban biotechnology for prevention.

A first course is focused on medicines that seek to prevent vulnerable people, once they become infected, from reaching a serious or critical phase.

It is a drug that has been used for more than 20 years in Cuba with the aim of stimulating the immune system against possible infections and which is currently produced on the island by the National Center for Biopreparations (BioCen).

Biomodulin T is an immunomodulator (its action is on the immune system). It is a natural product, of bovine origin. Its fundamental effect is to stimulate the production of T lymphocytes (specialized cells of the immune system that play a central role as mediators of the cellular immune response directed mainly against agents that replicate within the cell, such as viruses. They owe their name given that they mature in a very important gland of the immune system: the thymus).

This medication (injectable) has wide support in its use to treat respiratory infections in the elderly, in which minimal adverse reactions have been reported. This product has been shown to be effective in slowing down the natural process of immune system deterioration.

The CEO of BioCen, Dr. Tamara Lobaina, reported at a press conference that this is why it has been decided to use this product as part of a prevention protocol in homes for the elderly and other social care centers. So far, it has been applied to more than 5,000 people over the age of 60 throughout the country with “minimal adverse reactions” and, according to Lobaina, has shown encouraging results to curb contagion in the applied groups, as evidenced by its use to contain a local transmission event at a home for the elderly in the city of Santa Clara.

In addition, BioCen is working together with the Finlay Institute in a combination of this product with a vaccine to strengthen patients’ immunity system. In this regard, the director general of the institute, Dr. Vicente Vérez, explained that it is not a specific preventive vaccine against COVID-19―which, in the opinion of specialists, could take until next year―but rather a vaccine that seeks to enhance the innate immune system of people, which is the one that fights the virus in those early stages of infection.

Vérez said that it was based on a vaccine against another disease that has already existed since the 1980s and that it is currently being tested in risk groups, including people over 60 years of age, who have an aging immune system, to whom a protocol to raise their defenses is applied. This protocol includes a combination with Biomodulin T “looking for a synergic element,” which aims to make people better able to face COVID-19 once they have been infected.

The specialist commented that, based on the existing knowledge about the effects of innate immunity with SARS, which can be considered a cousin of the new coronavirus, the Finlay Institute has a program of research and application of vaccines, in collaboration with Dutch universities and medical centers, “which is fundamentally based on trying to understand what happens to the virus in the first three days of infection in people.”

“We are interested in trying to understand how asymptomatic patients manage to control COVID-19, compare their response with that of other people who don’t respond the same, because if it is possible to supply the rest of the population with the elements of immunity that asymptomatic patients have, an important contribution could be made, no longer to avoid contagion, but to face the course of the disease,” he said.

Vérez explained that the selected vaccine “has a strong component that stimulates some of the branches of innate immunity that we think are the ones that are now making the difference, at least partly, between the asymptomatic and those who evolve to COVID-19.” He added that this is why, in coordination with the Ministry of Public Health (MINSAP) and the Cuban regulatory authorities, it was decided to start an application to “train the innate immunity” in risk populations in Havana municipalities. In particular, he referred to its essay in health workers, “who are exposed to a high viral load because of their work,” and of whom “several thousand have already been immunized.”

However, he specified that “we don’t know if this works,” but explained that with this essay “we are building on the evidence to define the effectiveness of the vaccine” based on its comparison with other populations that have not been immunized, and added that he was optimistic about the results.

The vaccine from the Finlay Institute is not the only one to boost innate immunity against COVID-19 in which the Cuban pharmaceutical industry is working. Another, also with immunopotentiation, has been developed by the CIGB and its results are promising according to the clinical trials carried out. Like the previous one, this vaccine aims to limit the progression of the disease towards serious and critical phases, especially in older adults.

Finally, in the preventive course against the pandemic, Dr. Eduardo Martínez also referred to the use of natural products, such as anamú tablets, with a “proven capacity to strengthen the immune system,” and commented that the incorporation of the well-known PPG, “for complications of thrombosis in patients, due to its antiplatelet effect to combat thrombotic elements that can even lead to death in patients.”

With this, the president of BioCubaFarma affirmed that the aim is to “cover the different niches of vulnerable people” against COVID-19, and thus avoid more deaths.

But this is not the only way followed by Cuban science to face the pandemic. On the rest, focused on the treatment of the sick, both stable and critically and seriously ill, and on the recovery of people who had the disease, we will be referring in a future work.

According to level of complexity of services

Center for Surveillance of travelers

Center for isolation of contacts

Center for care of suspects

Hospitals for care of confirmed patients

Level of complexity of services