Cuban SMEs still waiting for law to regulate them

The lack of a norm that formalizes small and medium-sized enterprises (SMEs) in Cuba―inherited from Soviet statism that stigmatized the private sector―still limits the development of entrepreneurs. 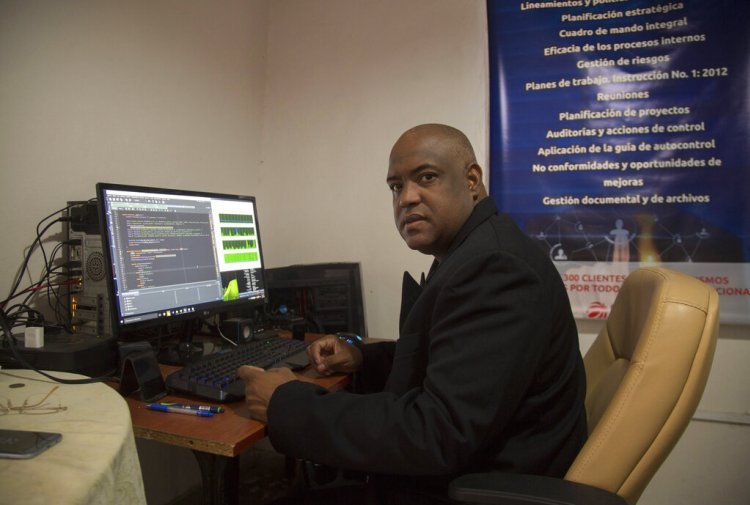 In 2006, Geraudis Mustelier was an employee of the Cuban government whose job was to support the organization and accounting of several firms. Now he has his own management business and important corporations on the island stand out among his 400 clients, but by law his business is not an enterprise.

The lack of a norm that formalizes small and medium-sized enterprises (SMEs) in Cuba―inherited from Soviet statism that stigmatized the private sector―still limits the development of entrepreneurs like Mustelier.

He and other colleagues operate as “self-employed,” which implies that, among other things, they cannot separate their personal finances from those of their businesses, have schemes for bankruptcies or differentiated tax systems.

At the end of December, it was reported that Parliament was studying the possibility of enacting a Law on Enterprises that would regulate state and private enterprises, but there are no details about it. It would be ready by April 2022, deputies said, although officials said progress could be made in regulatory measures starting this year.

Mustelier and half a dozen entrepreneurs with whom AP spoke indicated, in addition, that the norm would benefit them because it would free them from being exposed to the swings of leaders who urge them to wait or dictate contradictory decrees, give security to their clients and allow them to import inputs and export products. Likewise, they could participate in a wholesale market when it is opened and benefit in fiscal matters by deducting taxes for investment in innovation or according to the size of their operations.

For some entrepreneurs and experts, this law would be positive for the country and the development of SMEs would contribute to supply the population, which in recent months ran into empty shelves in the midst of an intensification of U.S. sanctions―which limits imports―, and absorb the million state posts that could disappear because of a previously announced reform.

In the last decade, Cuba took some steps towards private initiative―which allowed for example the emergence of Gemus, Mustelier’s firm, and other businesses―but in recent years their level seems to have hit a ceiling.

Former President Raúl Castro started in 2010 an opening policy in a country where 80% of the workforce was linked to the State and the entrepreneurship of individuals was stigmatized as a capitalist danger. Even private property achieved recognition just a few months ago, under the new Constitution, in force since April 2019.

In the heat of the changes, many areas were transformed with the establishment of cafes, restaurants, lodging houses, workshops or sale of products. Entrepreneurs sought ways to attract customers and tripled the income of many families.

During this time, the relationship between the government and the entrepreneurs was not exempt from ups and downs. At some point the authorities canceled giving licenses, although they later resumed it.

The Cuban economy is facing challenges in addition to the U.S. sanctions―to unify its currency, among them―so some experts believe that the possible Law on Enterprises would boost finances.

At the end of 2019 the authorities reported that Cuba’s GDP had grown 0.5%, instead of the 5% or 7% that the leaders themselves mentioned was necessary to get the country out of the crisis.

“To the point where the Cuban economy is unable to continue functioning on the basis of emergencies, there must be a sedimentation in the future,” Cuban economist Omar Everleny Pérez, who supports the early sanction of the Law on Enterprises, told AP.

Since there are several exchange rates in the country that benefit some large state-owned enterprises, the financial reform would show which ones are inefficient and should be closed, which would leave workers without jobs.

“If you are going to allow the bankruptcy of the state enterprise (with the reform), those workers, where would they go?” Pérez asked. “It’s not about installing the capitalist germ or the market economy, but about balance.”

Economies such as the Japanese, the Mexican and those of some European nations base their development and generate jobs through small and medium-sized entrepreneurs.

“Eighty-five percent of jobs in Europe are SMEs,” the ambassador of the European Union in Cuba, Alberto Navarro, told AP. “We would like to have a relevant investment fund to boost European and Cuban SMEs, but for that it is necessary that Cuba also approves small and medium-sized enterprises.”

The SME “is more resistant against sanctions, against the U.S. blockade because the United States can fine or sanction a large company, a large bank, but it will be much harder for it to attack the small and medium-sized enterprises,” Navarro predicted.

The United States imposed such strong sanctions on Cuba this year to stifle its economy and press for a change in the political model, that Washington even pursued ships that bring oil to the island or limited travel to prevent the Caribbean nation from receiving tourism revenue.

The Donald Trump administration went so far as to allow third-country companies that dare to operate with Cuba to be brought to trial in order to deter their participation here.

“The non-existence of a law on enterprises…greatly limits the private sector in Cuba,” Camilo Condis, an industrial engineer who has an electric service business, told AP. “It is our own internal blockade. The private sector is bound hand and foot and prevented from growing organically to play a greater role in the development of the economy.”