“It isn’t a historical documentary: it is a film told by 10 children from Havana. It is they who tell about the end of an Empire (the Spanish) and the beginning of another (the American),” said its director, Austrian Hubert Sauper. 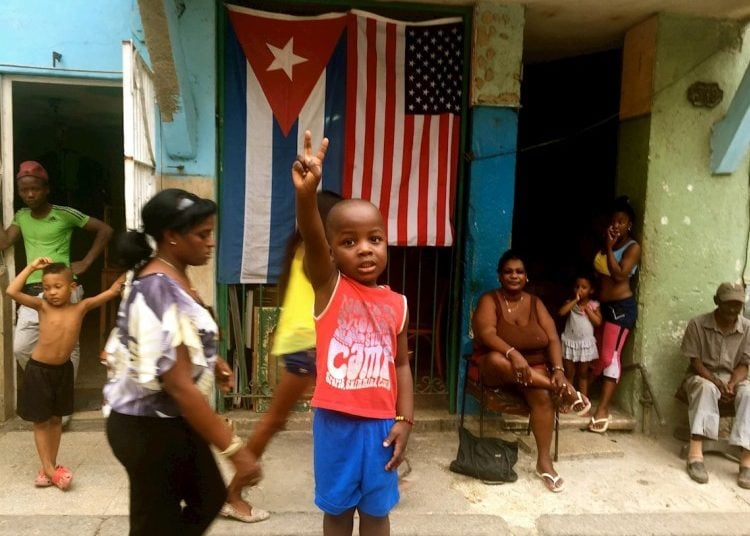 From the struggle against imperialism to the “soft power” of mass tourism, Cuba’s soul and the island’s identity conflict land in Sundance with Epicenter, an amazing and poetic documentary focused on Cuban children filmed by Austrian Hubert Sauper

“The history of Europe, America and Africa is a history of hundreds of years of imperialism and anti-imperialism, colonization and anti-colonization,” said this filmmaker who was nominated for an Oscar with Darwin’s Nightmare (2004).

“Cuba deals with the same issues and is the ‘epicenter’ of the Americas: it is geographically in the center, it was a line of collision in America between communism and capitalism with the Cold War and the Missile Crisis, and was the epicenter of the Spanish Empire…. Slavery, colonialism and the globalization of power have a direct line and everything is found in Havana,” he added.

Far from being a customary, narrative documentary with explanations from experts, Epicenter presents a much more cunning and subtle look when showing its cards through the voice of Cuban children, here called “the little prophets.”

“It isn’t a historical documentary: it is a film told by 10 children from Havana. It is they who tell about the end of an Empire (the Spanish) and the beginning of another (the American),” Sauper noted.

Epicenter establishes as a starting point the sinking of the U.S. battleship Maine in 1898, with which the war for Cuba between the United States and Spain began. But Sauper makes a magic trick and connects that moment with another historical milestone that occurred at the same time: the beginning of cinema and its usefulness for political propaganda.

“They had a new mass hypnosis technology that turns public opinion (in the U.S.) in favor of war. And that new technology was called cinema,” he explained.

Epicenter faces complex issues such as the influence of the media on society, propaganda and post-truth, the mutation of imperialism, but it does so with a breath of humanism and a very lively and fresh narrative that seeks voices and stories on the margins of Havana

“Documentaries are sometimes thought of as boring: a teacher with a library behind who explains the world to you. That does not interest me. The specialists have their places, but they don’t have their place in my film,” said the director.

“A film must convey a life experience, something strong and fascinating, but not carry facts and numbers: that exists, but in books or Wikipedia…. Diderot said: ‘We don’t learn from information: we only learn from experiences.’ And that should be the task of art,” he argued.

On the other hand, Sauper developed that imperialism has “many forms” today.

“It’s also the infiltration of Facebook, which suggests that the good life is to sleep next to a pool in a large house,” he said. “One of my characters says that her dream is to see Mickey Mouse once in real life. It’s absurd, but this Cuban woman has this American dream with her cell phone and her Facebook even though she doesn’t know the United States.”

“Another of the most beautiful scenes for me is when children enter a mall and find a 2,500-dollar fountain pen and say ‘what madness.’ And they laugh about it,” he added.

Although the struggle against imperialism has been one of the mantras of the Cuban Revolution, Sauper also finds in tourism some of the most harmful features about contact with foreigners.

“Tourism is a phenomenon, in its massive, super destructive form. It consumes the most beautiful beaches on the planet, old cities…. Everything that is beautiful and special is destroyed by the phenomenon of tourism,” he said.

“And it is also an invasion, like a military invasion. Tourists who go to Old Havana with these cameras are like an army that shoots and enters a city. The symbolism is amazing,” he concluded.

Panamanian and Cuban authorities seek to facilitate trips to Panama