The new fatality is a 44-year-old woman who was hospitalized and reported in serious condition. The death toll from the incident rises to 47. Only one patient remains hospitalized now. 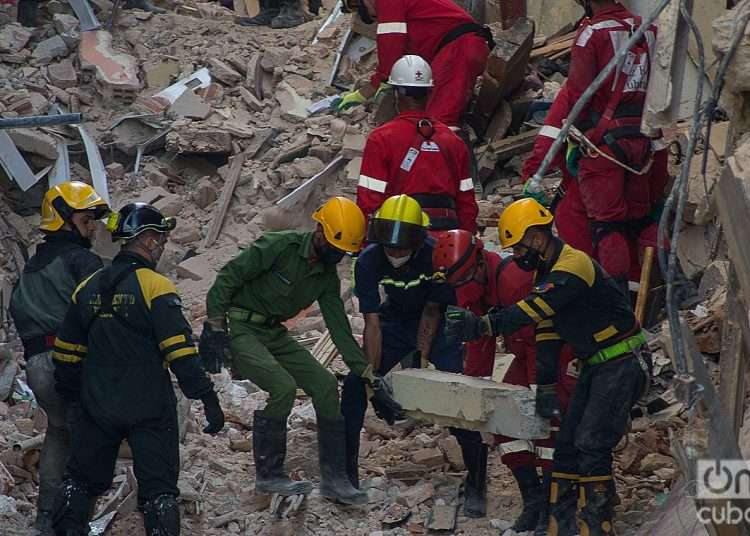 Works in the area of ​​the Saratoga Hotel, in Havana, several days after the explosion that occurred in the place. Photo: Otmaro Rodríguez.

One of the injured in the explosion at the Saratoga Hotel, and who remained hospitalized after the events that occurred on May 6 in Havana, died this Wednesday, official media on the island reported.

It is Vanesa Sierra Suris, 44 years old, who until the time of her death was reported in serious condition in a hospital, according to a dispatch from the Agencia Cubana de Noticias (ACN) news agency.

The Cuban Ministry of Public Health (MINSAP) lamented this outcome in the report issued at 10:00 a.m. this Wednesday, and reported that in addition to the 47 deceased among the 99 people who were affected by the explosion in the capital’s tourist facility, 51 injured have been discharged, and that only one remains hospitalized at the Hermanos Ameijeiras Surgical Clinical Hospital, reported as being under treatment.

Although the final results of the investigation into the causes of the unfortunate incident have not been revealed, everything indicates that it was an accident in the transfer of liquefied gas from a tanker truck to a deposit located in the hotel facility.

In addition to severely damaging the structure of the building, the explosion affected several surrounding buildings, including some homes that will have to be completely demolished.