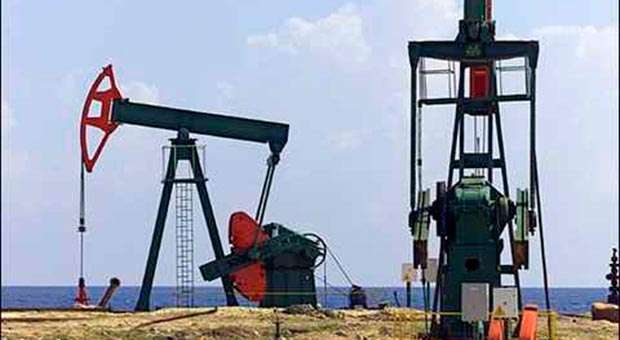 For some years the Cuban oil industry has undergone a major expansion, to the point some considered it as one of the most dynamic activities in the present. About 84 % of the country’s electricity is generated from domestic oil. The production of natural gas has risen considerably over 600 million cubic meters, as a result of the commissioning of new wells and the use of more advanced technology.

In Cuba, in general, natural resources are scarce; yet, non-renewable (oil and gas) have been the basis of its energy support even in difficult times. In the west of the country are constantly updated technologies that enable its transformation into usable items for society.

The oil fields from Matanzas to Pinar del Río are explored and exploited by the West Oil Drilling and Extraction Company (EPEPO) responsible for the increased production of oil in the country. It is also responsible along with the joint venture ENERGAS for the obtained gas for electricity generation and consumption of the population.

In 1998, at the Boca de Jaruco site most of the wells on exploitation of the western region were concentrated, with a total of 147, to cover 87 % of all wells within the territory and 28% of the country. Meanwhile, the site of Puerto Escondido figured as responsible for 70 % of production in the region, with only seven wells in operation.

In those years, about 200 wells were producing or remained in exploration in the provinces of Matanzas and Havana, in a territory within the current Mayabeque province. It was, mostly heavy oil with a high content of sulfur, used to generate 30% of the country’s electricity, feed nickel, cement, paper mills and get some lubricants.

Alfredo Rizo , General Director of the Company , said that for more than a decade they have produced daily about one million four hundred thousand cubic meters of oil . During 2013 the production exceeded 1.3 million tones. Although EPEPO did not reach the expected levels (1.5 million), the results translate into profits, because for every ton of oil a thermoelectric plant the country saved more than $ 100. Meanwhile, the extraction was sufficient to fulfill the plan of accompanying gas to more than 100%.

This region was also home to one of the biggest investments in the sector in terms of innovation and contribution to the environment. After two years on the project, in 2012 they were able to carry out the replacement of boilers and chimneys in the treatment plant located in Boca de Jaruco .

With equity from the company they managed to modernize the steam supply system of the plant . This included the installation of a fireplace that reaches 45 meters high. This inversion allows increasing stability and steam generation, important to try and increase the oil quality parameters.

This work not only reduces costs, but also creates the conditions to assimilate more than 500 cubic meters of oil in 8 hours of work. With such progress, EPEPO lays the foundation for further exploring and exploiting the oil fields after offering a product that meets the needs of the domestic market.

The oil industry has created expectations in the country. The native oil has become an important and crucial item in the expansion of domestic energy sources. The impetus for this activity also works in the use of accompanying natural gas for use in the domestic, industrial and transport use.

Currently the gas that reaches more than a million households in the capital city (popularly known as street gas) that comes from the site of Boca de Jaruco, which long ago was burning and polluting the environment. Thanks to ENERGAS SA, a result of the foreign partnership entity, natural gas production has risen considerably over 600 million cubic meters, as a result of the commissioning of new wells and the use of more advanced technology.

“This company was founded in 2000 with only three plants located in western Boca Jaruco, Puerto Escondido (Mayabeque) and Varadero (Matanzas). In these units the cheapest electricity in the country is generated. The cost of this investment exceeded $ 150 million, however, exceeded the expectations of its launch for its high efficiency and environmental care. Every day we get about 2500 MGW “said Santiago Padron, Deputy of the Safety and Security Department

Since then, this alternative is the most effective way to produce electricity in Cuba. Technology has reported earnings that demonstrate the relevance of maintaining investments for development. In addition, considerable amounts of sulfur, naphtha and liquefied gas are obtained. Daily it prevents sending into the atmosphere nearly 100 tons of sulfur.

The volume of accompanying gas, also called dirty or acid, makes it a major pollutant of the environment, however, is the main energy source of the deposits of those territories. It has properties that make 1098 cubic meters of gas equal to one ton of oil.

The fact that they extract to the accompanying gas 110,568 tons of sulfur has decreased the environmental impact on the areas of Varadero and Havana, fundamental purpose for which the company was established.

The ENERGAS Project has had a strong impact on technology transfer by providing first-world technology. By using the accompanying gas, the country has ceased to import more than 5 million tons of fuel, which is a savings of more than 1500 million USD.