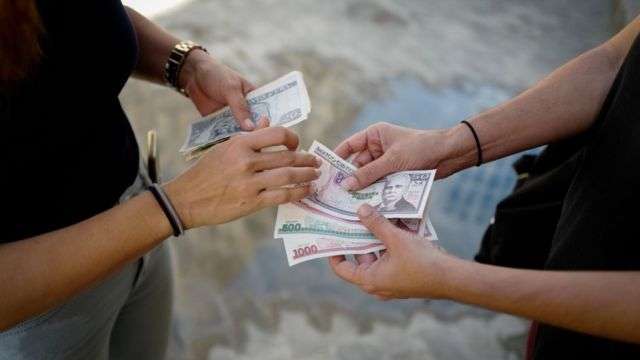 The interventions of Marino Murillo, former head of the late Commission for the Implementation of the Guidelines, in the last session of the National Assembly of People’s Power, leads to a reflection.

The Provincial Commerce Enterprise of Havana had 572 million pesos in losses and shortages. In the Provincial of Gastronomy Enterprise these figures reached 839 million pesos, just in Havana. Shouldn’t one think then that it would be better to disappear a considerable part of that state gastronomy?

This does not mean being against all state property, but it must be profitable and not a kind of black hole that swallows all of society’s the resources; unless its social purpose makes it essential and necessary. In this case, it should not matter that it is not profitable or that the state budget is the one that supports it, as is the case, for example, of the canteens for vulnerable people.

Gastronomy and commerce enterprises do not usually have very valuable fixed assets whose amortization weighs heavily on their results. As a general rule, they do not produce goods so necessary as to be considered strategic enterprises. Except for the grocery stores to distribute the very meager basic food basket or the canteens for low-income people, among other specific examples, there is no explanation for the fact that society as a whole has to maintain enterprises that are not profitable in these sectors. It is known that despite the fact that many may be in loss, their workers can divert the resources received at low prices or with costs calculated under the official exchange rate of the national currency, and thus obtain private benefits.

The increase in inflation above what was calculated has not been the only problem resulting from the Monetary Reorganization in Cuba. In times of the dual currency and exchange rate, a farmer did not feel encouraged to sell agricultural products to tourism. They received 1 CUP (Cuban peso) for every USD that that merchandise cost the hotel chain, when later they had to go to satisfy many of their needs in stores in CUC (convertible peso).

But it was also not feasible for the economy to pay farmers for the products with the exchange rate of 24 (Cuban pesos, CUP) to 1. That’s how other forms of payment emerged, approved by the Ministry of Economy and Planning (MEP), of USD or CUC/CUP 10: 1 or 15: 1, according to what was wanted to stimulate, either farmers’ sales to hotels or certain exports.

The Monetary Reorganization was supposed to solve these problems. The answer would be yes if it continued to reflect economic reality over time. Now those farmers will be paid for the products with the exchange rate of 24 CUP to 1. But with those pesos the farmers will not be able to go to the Exchange Houses (CADECA) to acquire freely convertible currency. To meet certain needs, they will have to buy freely convertible currency at the unofficial market exchange rate. With which things would remain the same: neither the farmers will be encouraged to sell with the use of the official exchange rate of 24: 1, nor will the hotel chains be able to pay for their products at a different exchange rate than the official one.

It is not ruled out that hotels will have to import again vegetables and fruits, those that, as is well known, could be produced on Cuban lands. But it could be thought that hotels or the tourism system could pay farmers directly to their accounts in freely convertible currency without the CUP mediating or transferring the Liquidity Certificates (CL) to them so that they can acquire the import inputs they need, but that do not exist in Cuba.

An increase in the price for buying milk from farmers, according to its qualities, was recently approved: approximately 20 pesos per liter. At the official exchange rate, those 20 pesos would represent about 0.83 US cents when it is known that farmers in Europe usually receive 0.25- 0.30 EUR per liter.

If the industry has to pay 0.83 cents for the raw material, the final dairy products would be very expensive. Or they would be out of competition. Or the industry would not be profitable.

On the other hand, if the farmers had continued to be paid the price of milk approved as of January 2021 by the Monetary Reorganization, it would not be profitable for them to sell milk to the State.

Any alternative solution would bring economic imbalances for any of the parties involved in that relationship.

With this example, it is clear that we would be facing the same problem that existed before the Monetary Reorganization: the lack of stimulation for the export of products and services and the substitution of imports.

Let’s look at another case to illustrate what has been done so far. The so-called Forms of Non-State Management (FGNE) have been authorized to purchase imported products, although they must purchase the goods in freely convertible currency through a state-owned enterprise with an import license. That is very good, and it is allowing the FGNE to take off and unfold its potential. Although, frankly, I am in favor of eliminating the state intermediary.

What is not understood is that these FGNE can obtain imported products but not merchandise produced by Cuban enterprises, state-owned or joint, directly from the producers. How is it possible that there are fewer obstacles to import than to buy national production? For example, Cristal and Bucanero beers or Los Portales soft drinks. Are we not thus stimulating imports, and not import substitution?

I imagine that the answer, once again, is linked to the currency. Products imported by the FGNE pay foreign trade companies in freely convertible currency, but it is assumed that for domestic production they must pay in CUP, according to the Reorganization.

Isn’t it easier to allow the FGNE to pay in freely convertible currency for the national industry’s production and thereby help to revitalize the industry? They would not have to get involved in expanding the activity of state-owned wholesale enterprises. And the population, in what currency would they pay for these services? So far in CUP at high prices because it includes the informal exchange rate of freely convertible currency to CUP.

It has come to be considered that the FGNE can “pay from an account abroad for the products and materials they import, and in the country to the foreign trade company for the services that correspond” to that import. It has not been clarified, however, who owns that account abroad. Apparently, it should not be an account outside the FGNE itself because the possibility of maintaining accounts outside of Cuba has not been regulated. And if the payment is made from an account abroad belonging to a third party, it is evident that that third party, with that action, has provided financing to the FGNE. Financing that, over time, must be repaid with a transfer abroad. The aforementioned Resolution 222/2021 does not clarify whether it is possible to carry this out.

There is another element that has been little analyzed in the Cuban economic literature: the diverse influence of the flows of family aid from abroad in freely convertible currency. There is no doubt that money flows from abroad (remittances) are positive for any economy; but they also bring unwanted effects; in the Cuban case: social differences. But throughout the world, remittances also allow other economic effects to be managed.

Before that was not a problem. Having two different economies, a large part of the currencies that arrived in Cuba were not exchanged to CUP. First in USD and then through the CUC, the freely convertible currencies were used in currency stores, restaurants, coffee shops, hotels, gas stations, telephony, investments, etc. Only the part necessary to pay for electricity, agricultural products in supply and demand markets and other lower value products and services was exchanged to CUP. A third stayed in freely convertible currency, to hoard or to travel abroad. With two separate economies — one in CUP and the other in USD or CUC — it was easier to control the effect of external flows on inflation.

Some exchanged freely convertible currency to CUP to deposit in domestic banks, because deposits in CUP received much higher rates of return than deposits in other currencies. But the Monetary Reorganization and the subsequent devaluation of the national currency would have made all those people discover that this economic decision was not very correct.

At this time there are more products and services to pay in CUP, such as mobile telephony, hotels, restaurants, gasoline and others at high prices not necessarily supported by salaries. But in food stores, and others, it is only possible to do so in freely convertible currency.

A larger quantity of CUP in circulation does not find enough products and services in national currency, fueling the inflationary spiral and the devaluation of the CUP exchange rate in the informal market. Something like “it doesn’t matter that the paladares and other businesses raise prices if at the same time I get more CUP for the freely convertible currency that I sell in the unofficial market.” On the other hand, “it does not matter that the freely convertible currency is increasing in value in the informal market if I will later reflect this in the prices of the products that I sell.”

It remains to be seen which of the trends will have the most influence on the freely convertible currency/CUP exchange rate, although in any case it is unlikely that in the informal market it will reach the official value of 24: 1.

In conclusion, the Monetary Reorganization in Cuba has exacerbated old problems, but it has also brought new ones, among them the hyperinflation of the economy. It has become clear that the salary increase implemented at the beginning of the year, far from increasing the purchasing power of a high percentage of workers, has achieved the opposite.

So what will be the new incentives for workers? Will we continue with the unprofitable state gastronomy?