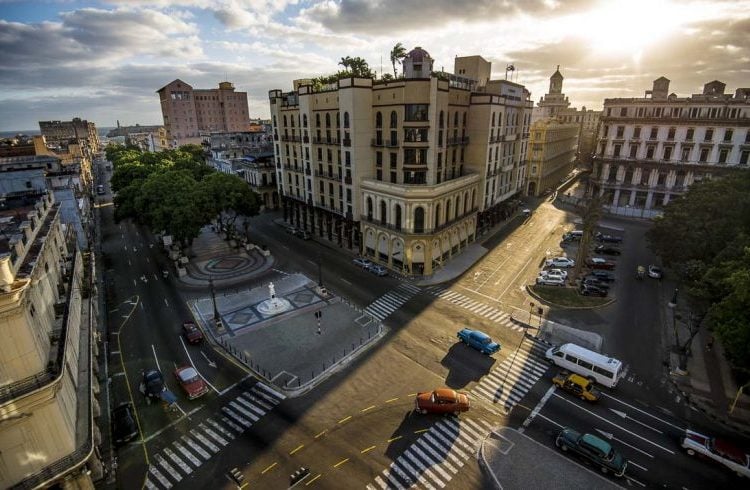 All languages are spoken at a tourism fair. Or almost all. With the most unexpected accents, the most curious pronunciations: the guttural Spanish of a German, the Buenos Aires French of an Argentinean, the accelerated English of a Russian. Or of a Cuban or a Chinese. That is FITCuba 2017: a contemporary tower of Babel, a multilingual tide that tours the Playa Pesquero Hotel, to the north of Holguín.

The first day of the fair is the most chaotic; the multinational murmur bounces in all the hotel’s walls. At the same time it is more organized. Everything has been previewed, everything has been programmed. The schedules are met with Caribbean rigor. But the tide doesn’t stop. The people crowd in the theater, in the lobby, in the bars and the hallways. Way after noon there are still persons being accredited, looking for one of the organizers for an explanation about one or another question.

Minister of Tourism Manuel Marrero’s adddress began a bit before 11:00 in the morning. It was the inaugural conference, which concluded with the formality of “officially inaugurating FITCuba 2017,” the 37th edition of the fair and the first held in eastern Cuba. Before this Holguín’s authorities had welcomed the participants, and even before that Marrero had cut the ribbon and unveiled a plaque at the entrance to the hotel, “for a tourism of peace, health and safety.”

The Cuban minister was accompanied by Mrs. Amgard Wippler, representative of the German government. The fair was dedicated to Germany, and Marrero as well as Wippler mentioned the increase of German tourism to the island: more than 242,000 visitors in 2016, Europe’s first issuing market to Cuba, with a 38 percent growth.

Before businesspeople, agents, tour operators and around a hundred accredited journalists, Marrero insisted on the perspectives of Cuban tourism. He spoke of expansion, of development, of potentials that have an impact on the island’s economy. He resorted to the irrefutable statistics: four million visitors that must be surpassed this year; North America, with a static Canada but with a growing United States, made up 45 percent of the total travelers; a 95 percent general satisfaction and a 41 percent index of repeat stays.

But the figures don’t stop there, there are the quantified facts that the minister announced as good news: more than 400 programs for circuit tourism, a modality that FITCuba 2017 highlighted and that the island aims to strengthen among its tourist offers. More than 100 projects for new foreign administration associations and contracts. The plan, he insisted, is to diversify even more the Cuban tourist product and to expand the presence of major international chains, which decades ago was heresy.

Times change, Marrero seemed to be telling the skeptics, and tourism is the spearhead. And to prove this he spoke of 25 joint ventures, of 19 foreign managements, of 82 signed contracts, of 41,000 rooms, 62 percent of the country’s hotel capacity, managed by these associations.

He spoke of the increase in air operations, of close to 70 airlines with regular or charter flights to the island, of 25 approved cruises, of more than 200 programmed stopovers in Havana and other Cuban ports, of 170,000 visitors who will arrive through this means.

And he also spoke of new agreements, of new investments. He mentioned places like Cayo Cruz, in Camagüey; Sagua la Grande, in Villa Clara; Gibara, in Holguín; and contracts with chains like Iberostar and Meliá for Santiago de Cuba and Cienfuegos. He spoke of upcoming luxury hotels, like the Manzana Kempinski, to “pay for Havana what Havana deserves,” he said, also about new real estate developers, marinas and golf courses.

Marrero kept for the end the other news. Precisely on the day FITCuba was inaugurated, the island reached the two million tourists, according to the official forecasts. It did so 39 days before 2016, which indicates a 15 percent growth. The fair, however, had just started.