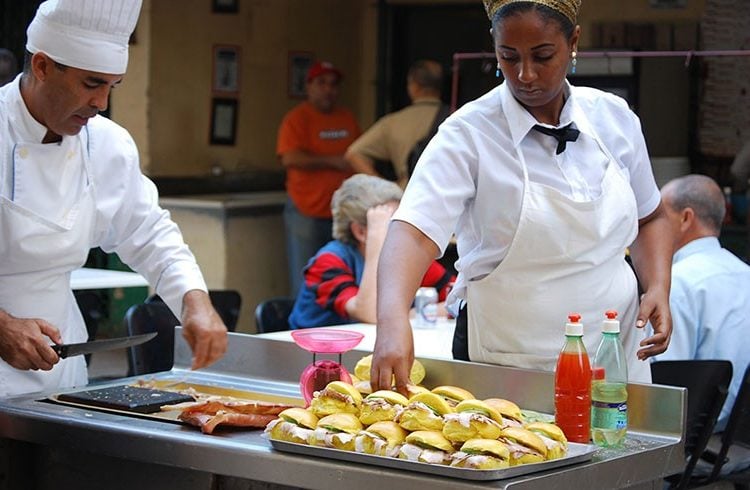 After six years of workforce expansion thanks to self-employment and three of non-agricultural cooperatives being approved, Cuban authorities have informed that these forms of employment will finally be able to access the wholesale markets to stock up. One of their most longstanding demands will now be met… but only partially.

According to a new Resolution (Number 62 from the Ministry of Trade), non-agricultural cooperatives and self-employed workers will, from 2 May, be able to buy supplies directly from wholesales produce and trading businesses. But it only deals with cooperatives that are dedicated to food, personal or technical services; and only for self-employed individuals who rent space from the state for their activities.

According to figures from January this year, the activity that heads up private work in Cuba with 56, 270 licences awarded, is the making and selling of food. Of this total, only 1,652 rent a space from the state from which to work, thus the impact of this new measure on the most popular activity is reduced down to 2.4%.

Regarding the non-agricultural cooperatives, only 219 have been approved since June 2013. Of these 108 are working and 111 are in progress, the majority of them are in Havana and some are in Artemisia, while they are hardly noticeable in the rest of the provinces.

From next May 2 –  according to the national daily newspapers  – corporations like Cimex, Copex-tel, Seisa, Acinox and businesses that produce food and agricultural goods could logically supply these economic actors. Moreover, they will have the possibility of asking for importation services related to their core activity “according to the existing conditions for this” the daily Juventud Rebelde reports, without providing any further information.

This provision and six other related to the same topic, aim to ease the channels of access to consumables, modify the cost-benefit relationships and prevent speculation through the regulation of prices.

The state entities set the wholesale prices for consumables, prime materials, parts, pieces and accessories for non-agricultural cooperatives to develop their activity. It applies a discount of 20% from the retail price, “it always covers the costs, expenses and fiscal commitments”, it clarifies.

Resolution No.62 excludes the remaining non-agricultural cooperatives such as construction and transport.

At the same time they announced changes in the tax regime, and yes, these are applicable to all non-agricultural cooperatives regardless of the activities that they carry out, explained Margarita Acosta the director of pricing policy for the Ministry of Finance and Pricing.

May 2nd will also mark the beginning of taxes on sales and services, for use of the labour force, on profits, contribution to social security, and tax for local development.

Other changes in this packet refer to consumer prices that will have to be offered to non-agricultural food cooperatives.

These products are considered to be “sensitive for the population” and their price has been fixed: the 330ml fizzy drinks bottle at 8 pesos or 0.45CUC; Bucanero beer – in a can or bottle – at 25 pesos or 1CUC; and an ounce of chicken at 1.67 pesos; a whole chicken weighs an average of 64 ounces (approximately 100 pesos).

OnCuba looked for reactions in four establishments in Havana affected by the resolutions and all of them said that they were not aware of the new legislation and less of the impact it would have on the way their business was run.

Havana, Placetas in Villa Clara, and Trinidad in Sancti Spiritus will be the primary points charged with selling rice, grains, sugar, chicken, sausages and oil according to Radio Reloj. However, there is no information about the location of these places, or their actual availability.

Moreover, in addition to the limitations that restricting the kind of modalities that will benefit from these measures, it does not consider regulating the prices of the hard-currency shops, where the non-state sector will continue buying goods at retail prices and inevitably affect the population’s stable supply. Moreover, it has established a structure that works in a dual currency system, but that will expire in the context of the eventual currency unification.

Yasek Manzano: "The most important thing for a musician is to be honest"