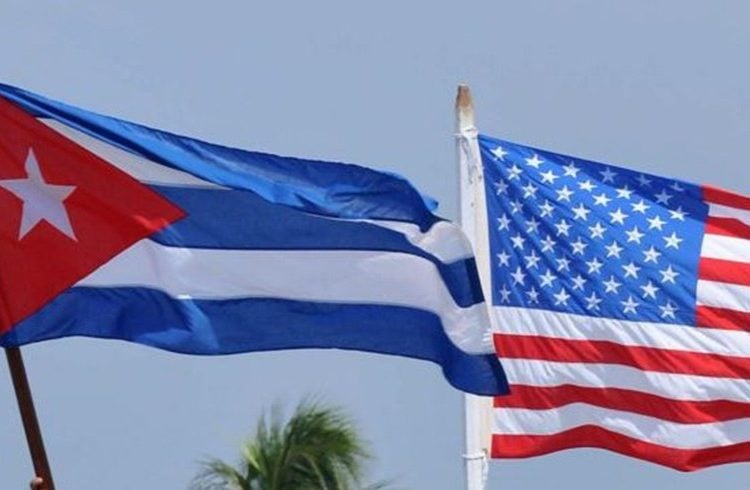 After 52 years of commercial estrangement between Cuba and the United States without precedent in the modern world, in the political, academic and business communities of both nations become recurring at least two relevant questions. First, when will this unusual event end? There you can find all kinds of predictions, but since Barack Obama took office in 2009, hopes that the blockade has its days numbered have been fueled. The issue has many sides, but it is not the central issue of this paper.

Instead, it comes to exploring the second question, equally far-reaching, what are the effects of this on the Cuban economy? The impact of this event extends in several directions, so particular attention will be dealt with only one of them: the trade.

Ultimately Cuba, small island and developing economy, is and will always be very dependent on foreign trade for its economic development, so it is a variable of great importance for future prospects.

To analyze this aspect is necessary to consider several premises that let you draw the context in which the various effects are checked. First, it pays to do a little history. It is well known that since the second half of the nineteenth century, the United States, then an emerging industrial power, became the economic metropolis of Cuba. This relationship became much stronger after the American intervention in 1898, and built a broad legal basis since the founding of the Republic, which strengthened those ties and spread political, military, and cultural fields. That is, the sharp break in 1959 after a few years erased a close relationship of over a century, although it was asymmetric and fitted perfectly into the scheme of unequal relations between rich and poor countries.

There are two states that shared a deep trading relationship which ended abruptly. Therefore it can be expected that if the political conditions improve, assuming that this is the fundamental absence of cause, they will resume trading with great momentum.

However, there are at least three reasons to expect such a scenario. Between Cuba and the United States three of the most powerful arguments are verified to explain extensive trade between two countries. First, the asymmetry in the relative economic size of both partners. In 2013, according to figures from the United Nations Conference on Trade and Development (UNCTAD), the American economy was 230 times larger than the Cuban, which represents a clear opportunity to unleash flows in both directions.

Second, they are very close geographically, are neighbors who share a vast maritime border, the way through which the main part of world trade goes, in addition to obvious advantages for the development of air transport. A third element has to do with the level of development. The northern neighbor is the main hub of international capitalism, the world’s largest economy and the largest importer. Added to this is a technological and production expertise as global leader. Cuba remains a Third World nation, with major challenges in the economic field; it begins to take the first steps to full integration into the international economic system.

All this, taken together, supports the thesis that in a different than the current scenario, trade relations would develop rapidly.

However, it should be noted that this is not a singularity of the Cuban case. For the same reasons just noted, the United States is the main trading partners of most countries in the world and certainly the vast majority of Latin American countries, including, of course, those who are their closer neighbors. Consider Canada, Mexico, Central America and the Caribbean. For all USA is the main destination of exports and origin of a majority of their foreign purchases. One would expect that the same happens in the case of Cuba.

With so different development profiles, it is always expected that Cuba finds in the United States much of what it needs to develop; for example, capital goods, ie, machinery, transportation, and specialty raw materials, for example, to its biotechnology industry. In other words, both countries meet the conditions to be natural partners.

As if the above were not enough, there is another important reason that contributes to favorable conditions. In the past 40 years, world trade has grown faster than at any previous time in the history of mankind. Trade in goods and services have grown faster than production since the sixties, and now accounts for over 30 percent of world GDP. You have to add that that most of the Cuban community outside the island lives in that country and has accumulated substantial business interests which once acquired considerable training in activities, related to international transactions. It is known that there is interest in the community to re-establish links with their country of origin once the conditions are created.

The impact on the Cuban economy would vary, and some not so positive aspects stand out. Given the asymmetry is easy to imagine the possibility that Cuba strayed a significant proportion of its trade to that country, giving rise to large trade imbalances. The reason lies in the diversity, sophistication and size of the American manufacturing sector, operating close to the technological frontier, against companies and sectors in Cuba away in many cases of the best international practices and with a much smaller range of products. This would represent an obstacle to quickly penetrate the North American market. And the sudden arrival of imports could undermine the viability of many branches of the Cuban economy.

Assuming that they have already gone through the process of harmonization of technical standards, Cuban exporters would have to compete against producers of Latin American area, who have more knowledge of the market and have preferential access through the network of preferential trade agreements that link many of the states in the region with the United States.

This would call to accelerate learning in Cuban organizations in order to better access to that market. However, one can think that in certain agricultural items, mining and the pharmaceutical and biotechnology industries there are real possibilities of achieving an acceptable position.

In the case of tourism, most estimates agree in emphasizing a strong increase in visitors after removal of restrictions, always in the midst of strong competition from other destinations in the Caribbean basin. The “discovery” effect could be important in the early stages but must be accompanied by improvements in infrastructure and quality of service to make it sustainable.

The same could be said of health tourism. There is a major market in the country which was partly satisfied by the supply of other Latin American nations. Assuming they are able to establish policies and required financial links, Cuba could become an effective provider of these services. However, all these possibilities side of Cuban exports would need some time to materialize; while the increase in purchases may occur much faster, partially or completely displacing domestic producers. These are major challenges the nation is facing.

Most analysts believe that the cost-benefit ratio must be understood along the time. In the short term, there is a real possibility that the costs in terms of trade deficits and dependence may exceed the benefits. This is because they require a period of maturation and learning. Therefore, it is critical that they implement active policies from the government to ease the transition to the new “normal.” That is, on the one hand, minimize and spread the costs over time while supporting the domestic productive sector to make benefits tangible.

Although the analysis is limited to the commercial sector, it is understood that this would be only a part of the “normalization” of relations between the two countries. Progress, after 52 years away, are subject to progress in other areas.