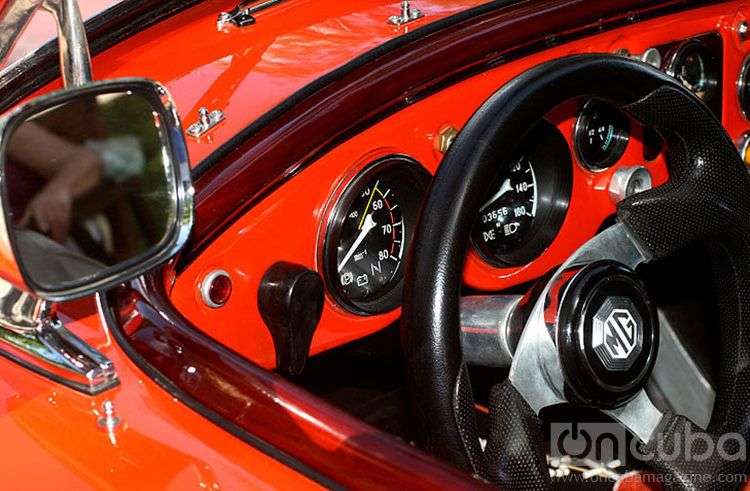 Havana’s streets exhibit real gems of cars that have become a referent of the Cuban identity / Image: Jhonah Díaz González.

About a hundred gems of cars attended last Sunday to a meeting of the “A locubano” (Cuban) Vintage Cars Club in the municipality of Playa, in Havana. The Tenth Rally of Regularity: Castrol 2014 Cup was a celebration of motor vehicles during the summer season that ends on August 30.

The vehicles made a tour of 61 kilometers through the main arteries in Havana. Motorcycles and cars arrived in perfect condition, well lubricated; while drivers made their best to resemble Valentino Rossi or Fernando Alonso regarding their outfits.

However, in this competition drivers don’t go at full speed and pay proper attention to traffic regulations in order to avoid traffic violations.

The winners of the Cup in the category of vehicles were pilot Gelasio Ramos and copilot Erick Estrada, who drove a Fiat 600 from 1958. The second place went to David Peña and Dayán Gutiérrez (Lada 1971).

The third position was accomplished by the duet of Carlos Luján and Bárbara Martínez (Triump 1970).

As for motorbikes, the winners were Lázaro González and Eloy Jímenez (Triump 1955), followed by Ricardo Ricardo and Rogelio Julián (Royal Enfield 1954), and then Luis Maginand Jorge González who rode a Norton from 1954.