leonardo
in Entrepreneurship in Cuba
0 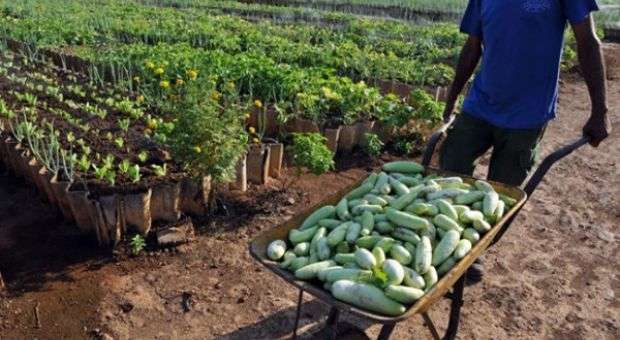 One style patented by the current Cuban government is to practice the trial and error strategy, as a cautious move towards a possible outcome. Of course, this method has a very long-standing use of scientific research and is, for example, one of the more often dramatic maneuvers in detective novels: you try with a suspect and, if not successful, that road of inquiries is closed and you start another. But, a society like the Cuban, urged of economic solutions, doesn’t always have the open time of a scientific laboratory or freely selected pages of a thriller to subdue many of its changes to the extended trial and error strategy.

Recently, applying that strategy again, the Cuban government has approved “experimentally” the constitution of 124 non-agricultural cooperatives, which will be devoted mainly to operate in the services (not only gastronomic), construction, transport and manufacture of materials for various purposes, including housing itself, a critical sector if any. These entities, that may have varying degrees of relationship to the economic, productive or state infrastructure (premises, equipment, etc.) are essentially independent and governed by its own rules and mechanisms, different from those that prevail in the state sector of the country.

Just weeks after the start of operations of these pilot cooperatives several of its benefits and its problems in relation to the state had been revealed. The benefits, of course, make us think it is unnecessary to refer these workers associations to any consideration of its capacity and functionality. Their relationship issues with the State and material reality and subjective the country, however, seem to support the need for an advanced group to that in the fight and wear, open the guidelines by which cooperatives that, clearly, will be formed in future, can move by.

The first thing to take into account is about the nature of these associations are their productive or services profiles. As publicly recognized cooperatives have been given spaces that are not of interest to the state or simply the state could never make efficient. That is, its base, rather than firm, is swampy, and mission twice as complex: not only to be profitable, but to make do what the State, with all the resources and much lower labor costs could not turn into a source of profit, quality and efficiency.

According to what some presidents of cooperatives revealed in a television report, misunderstanding of its legal existence and economic and productive role has been a wall what they have stumbled upon in their first adventures. The deep fear felt by many government managers regarding the risk of violating the provisions or what’s permitted (they are provided a fairly narrow margin), it makes them look carefully into the possibility of hiring private services. And that attitude is logical in a country where for decades the only productive force was state-controlled, therefore is not easy to assimilate the existence and presence of cooperatives and even less of small private companies, even if they have the necessary legal support or are capable to provide the product or service that the state does not guarantee or perform with lower quality and even higher prices.

Like the self-employed, the new cooperative members already have to deal with another major challenge: that of the supplies needed to do their work. The advertised wholesale market which will sell to some and not others hasn’t gone beyond being a dream, and these freelancers or partners continue colliding with the reality of the high prices that exist in the retail markets, with the shortages, with the low quality of many perishables … and still getting to produce and try to become profitable.

Never in contemporary Cuba has the word profitability had a weight as decisive as in these forms of production and employment (independent and cooperative). The practice of the socialist state enterprise has proven, over years and decades, be profitable or not to be is not a problem for workers, who, at the end of the month anyway receive the salary that the State has established, a salary almost always insufficient … but surely perceived with amazing independence from the mentioned performance, the foundation of any productive enterprise or service. But, putting the ball in the field of cooperatives and self-employed, the only way to stay in the game is to make profits.

The cooperative system does not ensure a basic salary to the worker. The wages accrue later this month is the result of production and profits, distributed according to individual abilities and responsibilities … The interesting thing is that, as revealed-, the new non-agricultural cooperatives, created in these industries of little interest to the state or a complete economic failure, are generating individual earnings that reach (for now and as stated) the 2500-3000 pesos a month, that is, five or six times what the worker earned when it belonged to a state institution that was not productive … or profitable, earned a fixed salary and, therefore, did not pay direct taxes to the Cuban state, as they must do the cooperative in question who contribute between 10 and 50 percent of its profits to the state coffers.

As reported, in late 2011 there was a 22 percent of employment in Cuba was outside the state sector. As planned, by 2016 that figure is expected to reach 40 percent. A significant number of these workers will be linked to the agricultural sector, either as individual or as a cooperative member. To make this strategic sector ​​attractive, usufruct of land grew in time (10-25 years) and space (40 to 67 hectares), and even they were allowed to build houses and some infrastructure in the leased lands. And although so far productive results don’t look too flattering, the getting the State out of agriculture continues to have growing trend, as with all its shortcomings and problems, it promises to be more efficient than the already tired and discredited state forms of food production in the countryside.

The still young experience of non-agricultural cooperatives (also called urban) and the more settled of the self-employed who have survived the conditions in the country and the law to which they must adhere, warns of another problem that is revealed enormous: those who work outside the state earn several times more than those who work for it (doctors, teachers, workers, etc..) … with that thunder, with one CUC for 24 pesos, with the accumulated problems of the Cuban family after many years of crisis and deficiencies, we must start wondering: who wants to work for the state? The trial was run, the error can be catastrophic: a good riddle for a mystery novel.