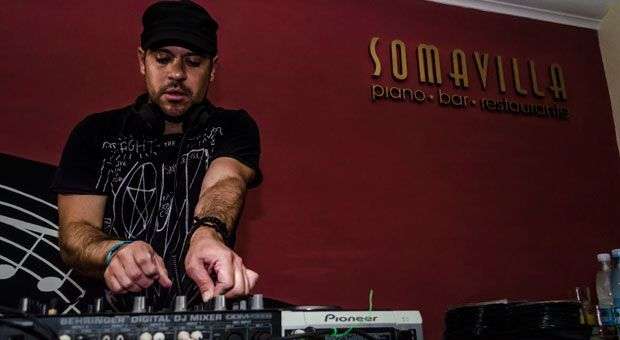 DJ Derek Turcios, one of the main promises of the New Sound of New York visits Cuba for the first time. In a three-day tour of Havana, from this week, Derek Turcios shared the stage with some of the most influential DJs of the Island

In an exclusive to OnCuba Turcios confessed he feels at home and although he had never worked for the Cuban public he admitted to being this an experience definitely worth repeating.

“Cubans have a very genuine energy that motivates any musician, even more if you’re a DJ” Turcios said hours before traveling to Mexico.

His last appearance was in the piano bar and restaurant Somavilla, a private space located in one pent-house in the Vedado neighborhood, Havana. From midnight until just before seven o’clock the whole party surrendered to Turcios music. The host and the opening act was Djoy of Cuba under the auspices of Analogica , a project that brings more and more fans club music.