Alejo
in Entrepreneurship in Cuba
0 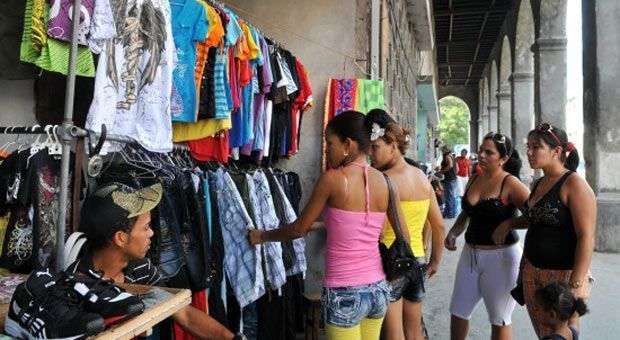 “Most countries would improve if governments would focus more on providing essential public services than in managing companies that would work better in the private sector, (…). When trade liberalization, reducing tariffs and eliminating other protectionist barriers are done right and at the right pace, so as to create new jobs at a pace that inefficient jobs are destroyed, you can achieve significant efficiency gains. ”

New regulations published in the Official Gazette look to upgrade the legal status of self-employment or private economic initiative in Cuba. The text describes each activity-specifically what can be done and what cannot with each license … – and empowers others which have hitherto been vetoed.

The regulations prohibit the sale of clothing and imported industrial objects, and also by private sale of items purchased at the state store network in the country. Both practices enjoyed partial freedoms, although existing law didn’t cover them.

As there is no mechanism for a Cuban to import boxers and Chinese cell phones to sell, it was easier to ban than developing the legal body that allowed it, while bringing tax contributions to the state budget.

The prohibition to resell goods purchased in state stores, on the other hand, seeks to prevent hoarding and speculation, both offenses and banned by the Cuban penal code.

However, it is feared that the new legislation, if applied to the letter, will only achieve both markets return to blackness they were before the opening of self-employment. Hardly, a skilled businesman with $ 5,000 invested in electronics, shoes, jeans and pullovers, will decide to lose that money and start stitching rags in the doorway of his house, or melt plastic knobs to make clothesline sticks.

A rather notorious case in point associated with self-employment illegality is public sale of school books that bear the stamp that announces “Not for Sale”. These books go out of state stores, or failing to control them. Trying to contain this type of corruption in the last part of the chain, the seller, and not in the stores, is like trying to tackle a bull by the tail and eyes closed … in panic to grab it by the horns.

In Cuba any juvenile criminal, or a dropout, can get a license to repair and / or program computer equipment, and can even put their hands on expensive state computers and who do not need to submit any document certifying their technical preparation. This naturally leads to scams, fights, discomfort and upset.

I know people who hired services of these “Fix-It-all” and were victims of ill-advised changes of good for bad parts, and other equipment that was definitively lost because the “professional” used them to learn how to fix what they are supposed to know beforehand.

Nor is it necessary to show the certificate even of 6th grade graduation to apply for a patent Procedures Manager of Typist or activities that require skills and basic knowledge of Spanish language and mathematics, respectively.

Hygiene in the gastronomic outlets is another issue that should occupy more self-employment lawmakers. In total nastiness many cafes proud boast their Health Licenses. Others offer burger and bread when the actual product is bread with crushed kibble (… medallion shaped) without a single molecule of meat! Anywhere in the world that is called consumer fraud, and nobody here is withdrawn the patent for cheating the customer… perhaps because in state cafeterias the same happens.

If government inspection mechanisms seek the protection of the interests of the citizen / customer / consumer should first address the quality of the products, the technical-professional training of staff, and also the prices and tariffs: without actually fully regulate they could set stops in correspondence with the taxes and the real price of raw materials.

In this city, for example, they extended the lease of premises belonging to Technical Services and Home Company to self-employed, without passing through the head of one gram of intent in favor of the population. Almost all of Camagüey parking lots (including Hospitals) are now managed by individuals, who doubled, tripled and even quadrupled the rate of service tax by claiming the high rent they pay. So, if you have a family member admitted to the Maternity Hospital you have to pay 5 pesos for each night that your bike is in the parking: 5 pesos mean a quarter of the average daily wage of a worker in Camagüey.

At first … when was the Word and the drive; everything was very easy to get the licenses. But soon the old bureaucracy engulfed the new system and now unreason and complete stupidity grow like bad grass.

Say you live in a street of the historic center of Camaguey, in the Cultural Heritage of Humanity Site, and intend to obtain a license to engage in the activity officially known as Travel Manager popularly known as Terminal Screamer. Before applying for your patent, you must go through the office of Internal Trade to be given an “release” that you do not have debts regarding equipment sold during the Energy Revolution. Then you must be in the Municipal Physical Planning with paperwork including photocopies of home ownership, so that there will certify, after consultation with the Office of the Historian of the City-that your activity does not imply physical modification of the property living ….And this step is mandatory although its activity is Bookkeeper or Scissors Sharpener!

After obtaining the license-hopefully weeks later, you have to register as a contributor in the National Tax Administration Office (Onat), overcoming the thousand and one lines at offices where there are barely enough, shades and all the patience in the world.

That’s when one wonders if the political will of updating the Cuban economy is going the way of progress, and if the declared fight against bureaucracy and inefficiency generating corruption is a priority for the authorities.

However the discomfort that generates the paperwork for fun and absurd prohibitions, many Cubans have seen in the working on their own the solution to their problems of employment, which is more than what can be said about other Cubans. Industry professionals such as doctors, journalists, veterinarians, architects and teachers, were disadvantaged in this wave in which people can start to live here out of what they do, and continue to rely on the invention and the tangle, missions abroad, of corruption and of the gifts to have a colorful life project, financially.