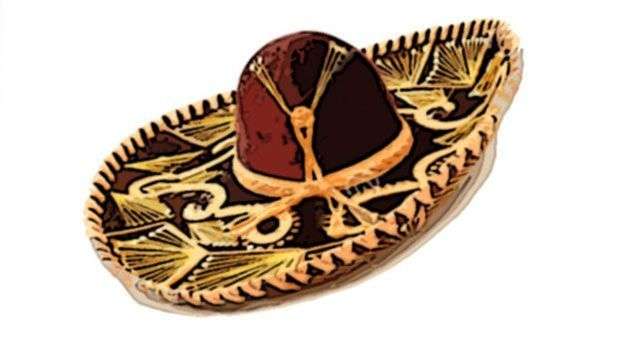 Occasionally, on my blog or in some other lost chronic, I have talked about ¨La Gallega ¨, the neighbor of my grandmother. The truth is that I forgot her name long ago, if I ever knew it. Everyone called her “La Gallega”, I’m not sure why, because she was born in the middle of the Sierra Maestra (Mountain Range).

At the beginning of 1990s, she emigrated to Ciego de Avila, like so many of her fellow citizens. “Things were not good in the Eastern Cuban. She told my grandmother that her family consisted in 14 members who lived in a house that was smaller than hers. Then she told her sister: I’m going to seek fortunes in Camagüey, there is work there.
¨I sent my children first and look at me; I’m here, I’m your neighbor. “La Gallega was a very strong old woman; she was always spirited, helpful and talkative. She had a very unique vision of manners: she asked permission for everything and apologized each time she asked permission. It was something like this: “Luisita, may I come to your house and I’m sorry for asking.”
That provoked very fun to my grandmother. One day I found out that La Gallega could not read or knew very little. I could not imagine someone to be almost illiterate thirty years after the Literacy Campaign! I wanted to teach her the letters, but she said no, that she was too old to learn, that she had enough with what she knew, that she could not read the newspaper but she could add, subtract and even multiply … and she added that for me to see that she was not an ignorant, she would recite the poem: ¨Los zapaticos me aprietan¨, and indeed, she did it without making any mistake.
That was not the only “pearl” of La Gallega. She once told me she had never gone to the movies, but that movies should not be nicer than watching a sunset through the branches of the bushes of her yard. Such sensitivity and nobility moved me a lot. Another day in which I went to steal mangoes I heard her singing a Mexican ranchera. She sang very well.
Those who live in the city do not have much idea of ​​the passion felt by our peasants for traditional Mexican music, and e specially those from the East of the country. Almost all provincial radio stations have specialized programs in which you can listen to rancheras and corridos of dissimilar eras, themes and qualities. They broadcast the classics of the genre, but also any small group or band.
Many of these songs are authentic miniaturized melodramas: they tell a very emphatic story plethoric of emotional arabesques. They talk about jealousy, betrayal, impossible love, revenge, people in jail for killing his wife’s lover or his wife herself, dearest mothers who go to see the son in prison, abandoned children at the door of the church, disrupted marriages, the Virgin … It is the deepest sensitivity of a people, for better and for worse.
And that sensibility fits nicely with the tastes and entertainment needs of many of the Cuban peasants. Since most of them live more or less peaceful lives. They rejoice with tangles and tragedies of the singers. La Gallega, for example, had not victim even of a robbery, but she profusely cried for the misfortunes of the angry lover of any of those songs. ” That’s life, little boy, we come into this world to suffer and the best way of suffering is singing our sufferings.
Singing crying! –she stated that day that I surprised her singing with tears in her eyes. She sang with so much inspiration, strength and truth that I forgot the mangoes. She continued touring her repertoire, which was large and frightful, while cutting the grass of the yard. And I sat to listen to her. When my grandmother called me out for taking a bath, the improvised artist told me: “From now on, you won´t call me La Gallega any more, you will call me the Mexican Pigeon!”

We will make of your dream whatever we want, but you'll like it