Gabriela
in Entrepreneurship in Cuba
1 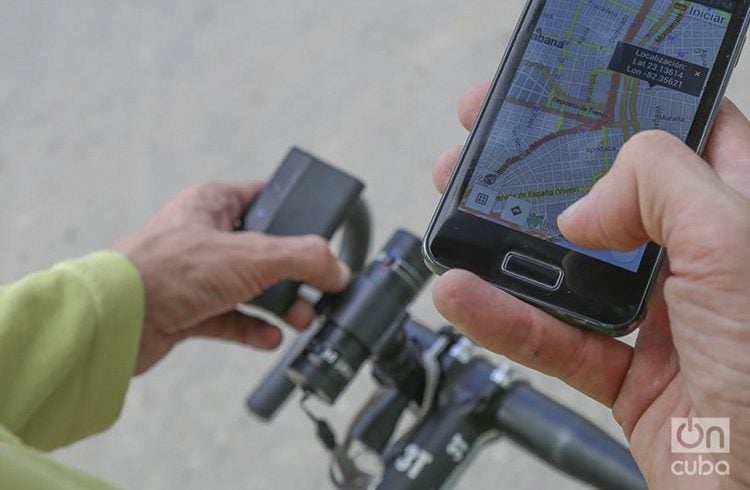 Cuban engineer Jorge Luis Batista is a sort of “ambassador to Cuba” for Open Street Map, a collaborative international platform designed on free software that brings together over two million people, united by the goal of creating a world map as detailed as it is open.

Launched in 2004, the platform champions the creation of maps – through each user’s knowledge of their neighbourhood, city or country – that are free for anyone to use, without licenses that restrict them to institutional use.

Like with Wikipedia, there are various ways of contributing to this source of common knowledge: from plotting a road or tagging a hospital through to coordinating events, like the “Mapping Parties.”

Jorge Luis Batista began to work on the running of online cartography, and then joined the OSGeo foundation, a non-governmental organisation that provides support and promotes the collaborative development of geospatial technologies and data.

At the time, the foundation had just created a chapter for Spanish-speakers, and Batista was nominated as part of the board of directors, of which he formed part from 2008 to 2011.

The foundation puts into practice a model of internet democracy, with elections, public discussions and participatory rights. The rules are that for every change 25{bb302c39ef77509544c7d3ea992cb94710211e0fa5985a4a3940706d9b0380de} of the votes must be in quorum and over half must approve the matter.

From his work on OSGeo, Batista heard talk of “nerds of the world that were getting a projects like Wikipedia – but with maps – underway”.

What can you do to contribute with Open Street Maps? Well, all kinds of things, from fieldwork through to keeping the servers working. Users can help with the collection and processing of data, or reviewing the routes that others have uploaded to the platform.

You can map on bike, on foot…

Original from Camaguey, a province in central Cuba, Batista – whose online handle is “PB Echeverría”- comments that the infrastructure of geospatial data in Cuba has always been in the hands of the military.

The institution currently in charge of it is the business group GeoCuba, linked to the Ministry of the Armed Forces (FAR for its Spanish acronym).

The use of GPS devices by civilians to collect information has been significantly restricted, particularly in the past, because it was considered a breach of national security, that is, it could be used to “pass information to the enemy.”

However, Jorge comments that he has never been stopped in the street for walking around with a GPS device in his hand. “Really, it doesn’t make much sense: right now someone with a telephone can do the same as me with a GPS. Or someone from abroad can get the same data from buying a recent hi-precision satellite image.

The community of mappers was not so old when they managed to hold their first official meeting in Cuba.

“We were hardly on the map, that is to say, the OSM maps of the island offered scant information,” says Batista. A Mapping Party, an initiative of OSGeo in coordination with the OSM list in Spanish, was included among the activities of the 2009 computing event. Participants from national institutions such as very-same GeoCuba or the University of Information Science attended this particular party.

A group of 15 interested people traced Havana’s old quarter, collecting any type of information that would be useful for cartography, like the names of streets, the cafés (along with their opening hours and offers), and even the location of benches.

Unable to use GPS devices, at that time they opted for an alternative solution: printing off sheets with maps of Havana on and asking participants to write on them. All this data was then collected and processed. After that afternoon the view of Old Havana on OSM was much more complete.

Furthermore, they offered a series of conferences in the capital’s Hotel Palco, related to the use of free software for management of maps. Apart from Jorge Luis Batista, all the speakers were foreigners.

The community of contributors to Open Street Map based in Cuba is very small and weak, even today. They have met a couple of times, more than nothing just to chat or talk about where they would like to go to map. “The majority of people input Cuban data from abroad: Cubans abroad, or foreigners who have visited the island. I think we are half and half in this sense,” he said.

In fact, the first maps of Cuba on OSM were one by a group of 10 Germans. They dedicated a part of their holidays to inputting all of the information they could, obtained from studying satellite photos. Frequently, the volunteers relied on what they could see from the images taken by satellites and then they often asked people from Cuba to check their work to spot any errors or inaccuracies.

What can be done to strengthen the OSM community in Cuba?

“In the same way that we are free to use the maps, we can do things to improve them. However little is contributed, something is being contributed. The idea is make us realise that it isn’t the responsibility of someone else, it can also be our responsibility”.

Jorge Luis Batista dispelled the idea of “putting Cuba on the map” to the audience of the TEDxHabana 2015 talks, an event organised in Cuba for the second time last November. Although, according to him, his objective there wasn’t really to talk about maps, but rather collective construction.

What is the most you’ve done to map something?

“I’ve not really done anything really odd. The story with the dog I told at TED was pretty simple. Perry Mason (that was the dog’s name) already followed me everywhere when I went out on my bike to map, and as going around with GPS devices was more tightly controlled then, one day I decided to put the device on him so I didn’t have to carry it around. He did more or less the same route, running behind me, so at the end I could take the device off him and download the information almost as though I had collected it myself.”

Currently, is it possible to open OSM and find information about the whole of Cuba. Some areas with more accuracy than others, because of that there is always data to contribute to this voluntary effort.

For Jorge Luis Batista, more than cartography, the maps have taught him how internet democracy works.

“In TED, I wanted people to feel that there are things that everyone can do. Putting Cuba on the map, from my point of view, is for us to steer the country towards the type of country in which we want to live”.