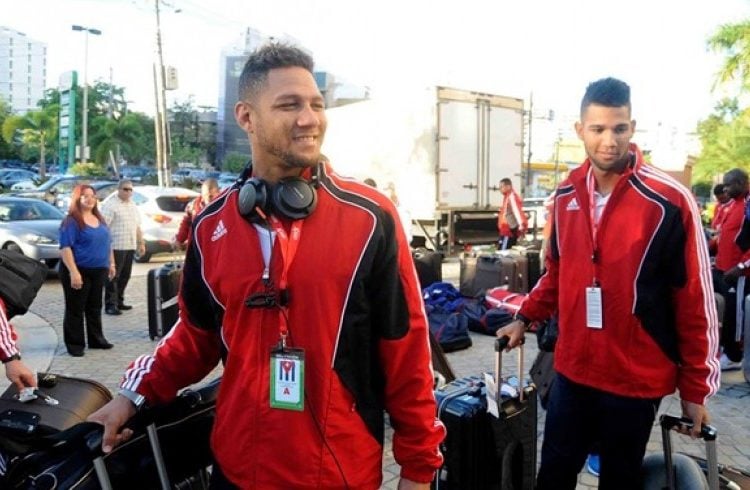 In Cuba, we came to think that Yulieski Gourriel would never leave the country: that after every trip he would come back home, and that if he left at some point – like when he signed that agreement with Japan’s DeNa BayStar – it would be for a short time only.

The announcement that Yulieski and his younger brother Lourdes Jr. abandoned the Cuban delegation at the end of the Caribbean Series in the Dominican Republic came therefore as a big surprise for most people in Cuba.

Over the last few months, Yulieski had been eyeing the MLB: his performance had reached its top in the national series and many thought that he would be the first player based in Cuba to be legally hired by the MLB, as part of a program that would have eliminated the need for Cuban players to go live in a third country in order to get into the MLB.

He could have been key in an agreement between the MLB and the Cuban Baseball Federation (FCB) that could have opened the doors of the MLB to other Cuban players.

In December 2015, the visit of an MLB delegation to Cuba was perceived as a big step in this plan to normalize relations in sports as well, following the rapproachement between the two countries.

“It’s true that they left,” Cuban baseball player Stayler Hernandez told us via Facebook chat from the Dominican Republic, a few minutes before the Cuban delegation headed to the airport to make its trip back to Cuba.

Sports historian Peter C. Bjarkman said that the most interesting about these events was the implied message: “The most interesting in all this is that it clearly shows that the MLB, the Cuban government and the Cuban Baseball Federation don’t have an immediate agreement in sight. If there would be any hope of something like that, the Gourriel family would be the first to know, and the brothers would have waited. This means that the Cuban side is not ready to work on these pollicies, and that Cuban players will continue to defect.”

In the early morning on Monday, the brothers were seen crossing the lobby of the hotel where the Ciego de Avila team was staying in the Dominican Republic, and they got in a black pickup truck with a logo of an “armed body,” according to reports by El Nuevo Herald.

There is no doubt that the desertion of the Gourriel brothers is linked to the recent visits his father paid to Miami, where more than once he expressed his desire to see his sons playing at the highest level of world baseball.

In interviews with various sports websites, Lourdes Gourriel Sr. said that he would always be the sports representative of his sons.

Some media outlets are already saying that there are a few franchises knocking on Yulieski Gourriel’s door.

Considered the best Cuban player at the time, Gourriel is 31 years old and has played 13 seasons in Cuba.

The whereabouts of the brothers are still unknown, but it’s likely that they are still in the Dominican Republic, planning to start the legal process to apply for residency in that country and start advertising themselves.

If they manage to sing an agreement with an MLB team, they could be joining the spring training.

Cuban officials immediately reacted to the news. An official announcement was published in the local press saying that the Gourriel brothers had abandoned the Cuban delegation, a decision that “was immediately criticized by the other members of the Cuban team.”