in Entrepreneurship in Cuba
0 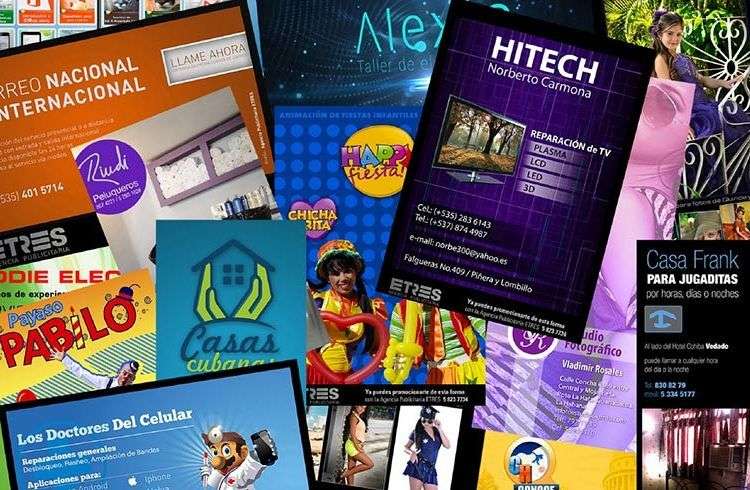 A week’s package is as varied and different as many deliverers there may be. Variations in the content depend on who prepares the package and how many people it gets in touch with. However, they are pretty much homogeneous.

The package we analyzed was released on June 2, 2014 and was received in Centro Habana on June 4, in the afternoon. It weights 465 gigabytes and costs three Cuban convertible pesos (cuc).

It is divided in 20 alphabetically arranged sections. Folders are empirically classified depending on interests rather than contents. There is not a section for audiovisuals for instance; they are rather arranged by themes. The same applies for the information from the web and computer appliances.

Regarding the information from the web and computer appliances, there is one division for antivirus updates, including Kaspersky and NOD32. The folder named Applications comprises PC and cell phone apps for different systems. Another folder is reserved for computer games.

The Humor section covers famous Hola Soy German, WTF and Cuban-American Pichi Boys. In soap operas there are about 50, which are being broadcasted, while there are about 30 Doramas –its Korean homologue. In cartoons you may find recently premiered films and classic animated series such as Barbapapá or Dartacan. These are separated from Mangas, with greater variety and consumption proposals in videos and comics. In Music there are international discographies and national premieres, concerts lists, presentations and DJs parties. Films include new ones and classics; Documentaries mainly by Discovery and History Channel. Sports are usually more inclined to the Big Leagues, though it covers newsletters and the participation of Cubans in foreign teams. Series are updated and include subtitles and there is an exclusive space for Trailers. TV Shows are subdivided in three with more than 200 deliveries of reality Shows in English, four contests like Voz Kid or Master Chef, and the update of all kinds of shows for the Latin American audience such as Caso Cerrado, Decisiones, El Gordo y la Flaca and Al rojo vivo.

One of the most diverse sections is that of Interest, which comprises the most popular videos during the week in the web, soundtracks, catalogues, courses, tutorials, magic, manga drawing manuals, beauty secrets, screensavers, and images of famous people. There is also a folder for Books, with audiobooks, a collection of Victor Hugo´s, and a few by Voltaire coexisting with titles such as “Vidas antes de la Vida, hipnosis y regresiones”.

There is also space for horoscopes from the previous week, revealing people the “future” of their past, literally. Of course, there you can also find extra videos from the recently concluded contest Nuestra Belleza Latina.

Updated magazines in pdf format on all kinds of subjects: fashion, humor, gossip, technology, etc. The folder under Web comprises a funny compilation of random news, divided by subjects, in jpg format, not mentioning the source nor the date or its authors.

Another part brings together the “official web news”, like Wikipedia, Cubahora, Cubadebate and Amazon. Revolico, a website for buying and selling,has a space of its own within the pack, with information updated till the previous week.

Musical Videos are the most “Cuban” content in the pack, with privilege for national productions, most of them homemade. There is another folder by the name Coming Soon!, which comprises fragments of musical videos, interviews and domestic audiovisuals, in addition to the promotion of services and the release of new songs with cheap video clips.

As a loss, the pack includes a fiction series “homemade” by teenagers from the municipality of Marianao in Havana, on the issue of drugs and delinquency. Besides, there is a Cuban boy from Havana controlling the ball at the Ciudad Deportiva compound.

All folders include publicity made in Cuba that always appears in opportune segments: photograph services for 15-year olds are promoted in Nuestra Belleza Latina videos, as well as magicians and clowns are prioritized in folders for children. These ads are presented at the end of videos or in important moments of series.

The package is some sort of offline YouTube, where videos of anonymous people or artists and magicians and more are uploaded. The package is “the internet for those with no access to the web”, just a week later.

Cuballet for the summer