by OnCuba Staff
in Tourism in Cuba
1 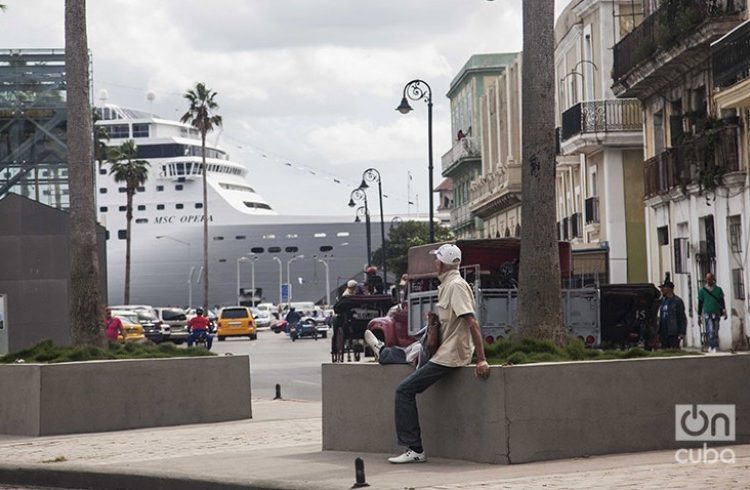 The first cruise ship from Miami will arrive in Havana on May 2nd, carrying 704 passengers. None of them will be Cuban.

The company that owns the Adonia, Carnival Cruises, has announced that it cannot sell tickets to customers born in Cuba, due to Cuban regulations.

“Cuban law prohibits Cubans from entering the country on board of ships, regardless of whether they are American citizens or not,” said Fanthom Travel, the company managing the sales of the tickets for Carnival Cruises.

Florida media outlets pointed out that the marketing of Carnival Cruises’ services in this manner would constitute a discriminatory practice.

Demands were made in social media that President Obama and Secretary of State John Kerry do something, while others called to boycott the cruise company.

.@POTUS & @JohnKerry need to fix this. BOYCOTT @CarnivalCruise for now.

No cruising for Cubans

It’s hard to determine the origin of the regulation, but it is well known that Cubans don’t have a very friendly relation with the sea. One of the reasons for that is the limitations they face to board any kind of vessel without going through very strict controls.

At tourist resorts, Cubans are not allowed to book boat rides or diving sessions either.

The influx of foreign tourism to the island made the discrimination even more obvious when foreign tourists were allowed to do all of the above, and Cubans were not.

But the prohibitions don’t seem to have a real legal foundation. An experienced lawyer told OnCuba that “migration issues are handled that way: there are not clear regulations but decisions are made and implemented.”

In March 2013, journalist Fernando Ravsberg revealed that there is no law prohibiting Cubans from sailing. The information was provided by the lawyer of the National Assembly of the People’s Power (the Cuban Parliament).

Law decree 194, from 1999, “Of violations regarding the ownership and operation of ships within the boundaries of the national territory” was passed following the migration agreements reached by Cuba and the United States in 1995.

The legislation points out the need to seriously and responsibly “impeding illegal migration,” since those who attempt to leave the country that way “violate the international commitments of our country, promote disobedience and contempt for our laws.”


The context for this prohibition is a bilateral conflict that includes the existence of the Cuban Adjustment Act and the dry feet/wet feet policy, Cuba’s permanent migratory potential, and the hijacking of boats for human trafficking.

The restrictive policy regarding access of Cubans to maritime transportation has remained in place, in spite of being highly unpopular.

Cuban Ambassador to the U.S. Jose Ramon Cabanas acknowledged in 2015 in an interview with El Nuevo Hearld that the issue of Cuban-born residents travelling to Cuba by boat was still “something to work out in the future. So far there’s a policy of not allowing them access to Cuba by maritime routes. We will analyse that, but I shouldn’t speculate about it.”

A year later, nothing has changed about that regulation.

Following the reestablishment of diplomatic relations and the negotiations of both countries to launch different kinds of businesses, these kinds of regulations are counterproductive and should be tackled by Cuban authorities.

A possible solution at the moment is that Havana issues an exception for this kind of vessels.

However, the prohibition for Cuban-born residents in the U.S. to travel to Cuba in their own boats will most likely remain in place, at least for as long as American law regarding Cuban immigrants make it possible for such trips to become a way to smuggle people out of the island, something that would unleash a security conflict between both countries.

In the long run, Cuba will have to find a balance between the need to keep order and security on its borders, and the elimination of a restriction that violates a fundamental right.