Conversation with Cuban jurist Julio Antonio Fernández Estrada, who refers to some legal and political elements of interest about the Family Code in Cuba. 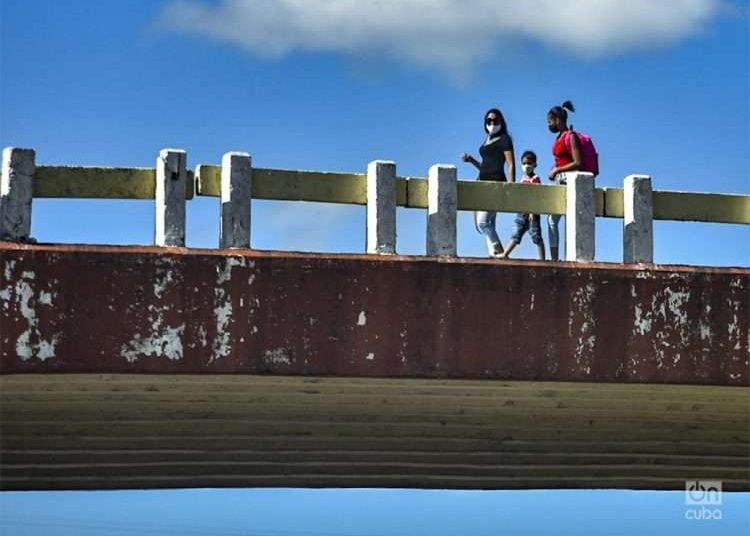 As part of this series of works, which is intended to accompany the process of preparation, debate and proposals, in view of the Popular Consultation on the Family Code, I spoke with Cuban jurist Julio Antonio Fernández Estrada, who refers to some legal and political elements of interest to enrich our understanding of this process.

The new Family Code is presented as a norm in adherence to the constitutional precepts on human rights. What considerations do you suggest to take into account on this matter with a view to the next popular consultation to which it will be submitted?

The popular consultation to which the draft Family Code will be submitted is a democratic exercise that should be made less extraordinary within the framework of creating the law in Cuba. The referendum that will finally decide whether or not this bill becomes law is more controversial because of its uniqueness in the history of Cuban legislative creation and because of the fact that human rights, which are so important in the document under discussion, would enter in a plebiscitary evaluation that calls into question the possibilities of validating the human rights of minorities and those of groups and communities historically discriminated against and continuously at risk.

The idea of this bill, by which the entire letter of the Constitution is respected in its norms, as the principle of constitutional supremacy indicates, makes it necessary, in my opinion, to understand within that unrestricted respect for human rights in its political, ethical, cultural and not only legal sense. In other words, the human rights provided for in the Cuban Constitution are not only legal norms, they are also ethical references for citizen and state behavior, and thus must be considered in national public educational processes. The protection of human rights in the Cuban legal system must transcend its identification and mention in the law of laws, through institutional political mechanisms, by means of control of its implementation by civil society organizations, and by the implementation of a procedural appeal for protection that the competent courts must resolve.

Politically, human rights represent a fundamental barrier for the exercise of state functions, especially executive, administrative, defense and legal, including legislative and judicial. A Constitution like the Cuban one of 2019 puts us in a safer place as citizens, or at least that is the way it should be, if the meanings of the principles of constitutional supremacy, transparency of public administration, rule of law and protection of the human rights are complied with.

From the cultural point of view, the incorporation of a human rights approach in the work of the State, the government, civil society, the relations between the latter and the political system, in the functioning of the party and local powers, should mean a step forward in the search for citizen well-being, which is not only material, and which should also be expressed in more popular participation, more social protagonism of the communities, more decision-making power of the affected people and groups or potential beneficiaries of public policies.

In this sense, the popular consultation of the draft Family Code should be consistent with the protection of human rights that the Code itself claims to respect, which means that in this process there can be no discrimination of persons, groups and tendencies, or from a political point of view, because censorship, in this case, would render the entire effort to create a just and advanced norm without legitimacy.

I believe that the consultation should underline the inclusive nature of the bill, its vision of the law for everyone and not for dominant groups and hegemonic beliefs. I think that a vision of a fairer Cuba must be defended, more so at the height of the merits of a people who have lived for a long time with material limitations but who should not live a second longer with the lack of protection of groups, people, communities, identities, which are also Cuba.

What methodological issues must be taken into account to guarantee fairness and quality of the popular consultation?

Methodologically, I believe that the popular consultation of the draft Family Code should exceed the one organized to gather opinions on the constitutional project. I believe that people with the capacity to work with groups should be put in front of the audiences, in which the participation of civil society organizations should be decisive. I think that discussions can be conducted within a climate of respect, consideration, democracy and equality.

Popular education can be very important in this consultation due to its humanistic, inclusive, practical, democratic and political nature. The popular consultation could be an opportunity to solidify the consensus around the benefits of this Code, but it can also be a chaotic scenario that leads down a path contrary to that of approval, if the principles of participation, responsibility, and respect are not taken into account, respect for differences, human rights for all people and democracy in all instances of the creation of the law.

What direct benefits do you consider the referred Code brings for you?

I consider myself benefited by the draft Family Code, as a citizen, as a father, as a son and as a husband. I feel comforted as a citizen when I witness a legislative exercise of great scientific, ethical, and human flight because I know that I will be able to be part of a society with a better law, which for me is a possibility of having a better and more protected citizenship. As a father, I agree with the entire burden of shared responsibilities that overcoming the concept of parental authority means and with the non-sexist and non-superior vision of fatherhood that this bill contains. As a son, I am committed to the principle of defense of the elderly and to the protection of mothers, fathers and grandparents, by the whole family. As a husband, I share the principle of rights and duties of spouses on a level of equality and equity, of full freedom for couples to choose how they want to live their relationship in dignity and with respect for human rights.