The roles of fatherhood today have more responsibility than help, more communication than discipline, more affection than rigor, more closeness than distance. 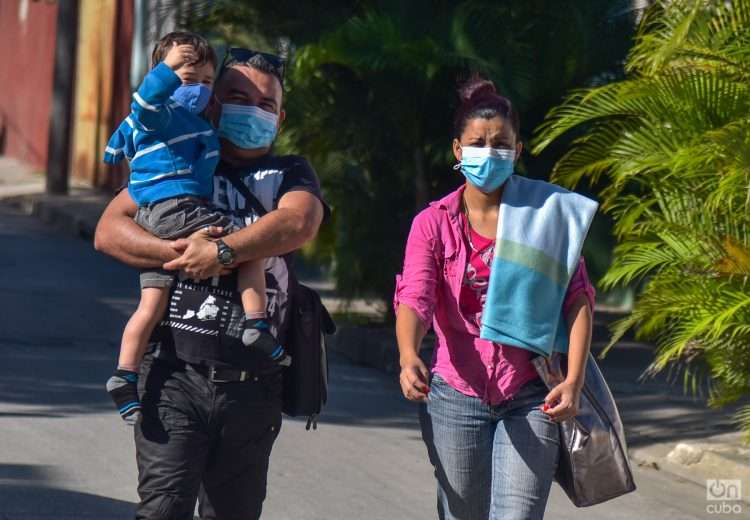 The Venezuelan salsero Oscar D’León popularized, with the song “Regalo de Dios,” the affirmation that “there is only one mother, fathers like rice.” Such a sentence makes less and less sense, it is less and less true. Fatherhood, like motherhood, is a type of bond, with specific contents, with specific social mandates, with notorious historical challenges.

The roles of fatherhood today have more responsibility than help, more communication than discipline, more affection than rigor, more closeness than distance. This transit is nominalized in the progressive substitution of the father noun, rigor in every letter, by that of dad, more flexible and accessible.

Increasingly more dads are a constant in parks, hospitals and schools, in places of learning outside the formal education system. There are more fathers who accompany school homework and domestic tasks. Dads who tell stories before going to sleep, dads who accompany, listen and advise.

Responsible and positive fatherhood is a growing demand, it has more signs of naturalization than we can, perhaps, see. It expands as a dimension of everyday life. The truth is that there is a transition from the rigor of being a father to other forms of fatherhood. The incontestable authority is transmuted into dialoguing authority. This happens both in legal precepts and in the configuration of a liberating culture, which also makes its way into the dense Cuban social fabric.

The Family Code, which will soon be voted on in a referendum, is a demonstration of this reality. Nearly thirty of its articles refer directly to dads; also recognized as legal subjects in the nascent regulation. This, and it is good to say it, removes established injustices that hinder the right and growth that another fatherhood entails.

However, it is not possible to speak of a new fatherhood without redefining the role of motherhood, understood as a liberating, dignifying social relationship, where new power guidelines are created in everyday life. A relationship that is, in itself, a challenge to the canons of patriarchy that, let’s not ignore it for a minute, struggle to prevail.

Are the new patterns of paternity a strictly generational issue? I strongly believe not. Regardless of the prevailing social mandates, at different times there have been counter-hegemonic models. It is probable that the difference, in these times, is the arrival in the public space, to the political and legal dispute, as well as to the civilizing protest that this matter entails.

The affirmation that “there is only one mother, fathers like rice” is not operative for either of the two subjects. It evokes, on the one hand, a model of a sacrificed mother, subordinate, enslaved by a social mandate that requires her to love without limits all the people around her, except herself. Mother who is consumed in a service that does not imply her fulfillment, self-care and her dignity. Mother as a synonym of suffering.

On the other hand, it is also not sustainable for parents to be “like rice,” on the understanding that any man, by the act of procreating, already acquires that condition. It is not sustainable that being a father has emotional distance, even physical, or an easy, irresponsible life as a condition. Furthermore, the provider role assigned to parents is not sustainable, which includes the myth that they always have the situation under control. It is not, in the same way, the understanding of being a father that segments power and privileges in open asymmetries in relation to mothers.

Understanding the role of affections, the frank relationship with feeling; recognizing and accepting that men cry, that is, that they feel, is a master key for the new fatherhood. The revolution of the genres in which we lived several decades ago is, moreover, in the world of affections. Loving, fearing, being happy, suffering anguish were matters forbidden to men, at least their open manifestation was. This extremely heavy ballast considerably limited that tremendous social relationship that is fatherhood.

It can be stated that this is not a settled issue. Self-help notes, for example, still prevail which, by referring to the control of emotions, their recognition and management, seem to describe a strictly feminine matter. The truth is that it is not possible to speak, fully, of a new fatherhood if the liberation of affections is neglected, or the humanization that this implies. All liberating fatherhood is conditioned by a new relationship between men and their emotions and feelings.

This is a defining perspective to push fatherhood beyond the limits of Capital, contemporary garb of patriarchy. Equality between men and women in terms of care and upbringing responds, to a large extent, to the need for women to enter the labor market. This, in a strict understanding, does not break with the patriarchy, but rather reinforces their ability to adapt and reproduce.

Another thing, albeit different, is assuming paternity in its dimension of affective experience, which is viable in terms of a relationship of conscious care and physical attachment in the upbringing process. Paternity as an emotional experience that generates human growth.

Fatherhood, in its relationship with motherhood, and in its relationship with the upbringing of children and adolescents, is content for power relations, those that occur in the micro sphere. A new fatherhood means shared power, without imposed hierarchies, it means dialogue as a condition for growth, rights as a boost to a dignified life. A democratic fatherhood is a project of a life in community with such a sign.

We live in times of profound civilizing questioning. In this new historical episode of change of time, conservatism, traditions, even fundamentalism, with forms of liberating ruptures are strongly fought. The creation of a new era, tense and beautiful at the same time, where nothing can be the same, where all forms of domination will be challenged, will confirm the disuse of that song that affirms “there is only one mother, fathers like rice.”