On terms and concepts that are at the base of the draft of the new Family Code that is being discussed in Cuba. 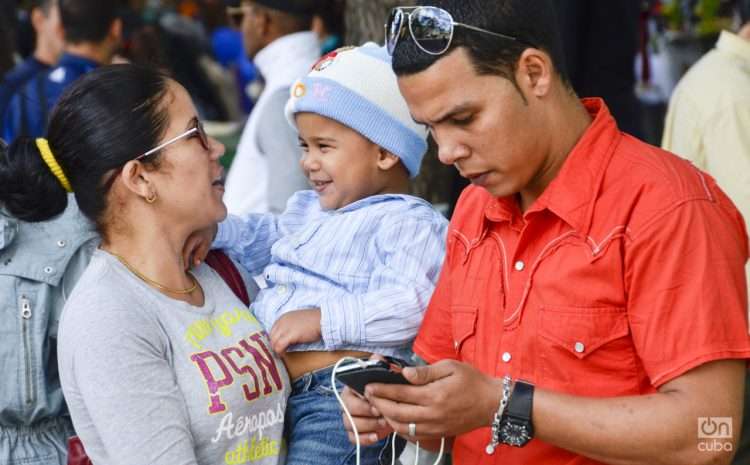 The preliminary draft of the Family Code is broad in content and full of details. It is an extensive text that, despite having some areas that are so technical that they become incomprehensible, places issues and considerations that are worth highlighting for public debate.

One of the riches of the draft is the glossary of terms it presents. It is a kind of guide to refine the understanding of the contents, the words, the meanings and the spirit of the Code. Double-clicking on these terms allows a closer proximity to the realization of the rights. Specification in terms of precision of ideas, as well as the possibility of recognizing, wielding and defending them. The glossary is also a passable method to increase the legal culture of Cubans.

One of the terms to underline is the “right to family life.” This is made explicit in a type of inclusive, participatory, respectful and affectionate relationship. A right that affirms any form of family representation, of communication in its broadest scope; the right of any person to develop their life in a family environment, to a peaceful life at home; the right to have the preferences, individuality and privacy of each member respected in this space.

Such rights are conditioned, in some way, on “family co-responsibility,” referring to the shared responsibility between people, whose joint fulfillment is the responsibility of the fathers and mothers, and is specified in the personal care and protection of the children’s patrimony. Said co-responsibility has one of its most notable twists in the definition of “shared guardianship,” a modality that reinforces co-parenting and allows sons and daughters to maintain similar beneficial contact with their mothers and fathers.

The choice of the type of custody and care to be made (shared or unilateral) must be made with respect for the interests of the children over those of their parents. This formulation is connected with a principle that runs through the proposed Law: “the best interests of the child and adolescent.” This is a principle of Family Law whereby any decision made by a competent authority in matters of childhood or adolescence must give priority to the interests that concern them, over any other interest that can be attended.

The norm establishes as inadmissible, for the evaluation of that higher interest, the speculations, presumptions, stereotypes or considerations on personal characteristics of the parents, or cultural preferences regarding certain traditional concepts of the family. In this way, the principle of plurality in family designs and the right as a limit to prejudice, discrimination and exclusion are protected.

In support of the higher interests, the norm points to the term “parental responsibility.” It describes rights, duties, obligations, powers, burdens, functions and responsibilities for the parents’ assistance, education and recognized care of minor children.

Among the innovative proposals of the Code — and that should be extended to other social spheres — is the recourse of “family mediation.” This conflict resolution procedure includes the presence of a neutral third party, whose function is to help the people who are in dispute to communicate better, negotiate collaboratively and reach a solution through partial and/or total agreements on family matters. This procedure requires voluntariness and a balance of power.

The preliminary draft specifies various forms of filiation. This is one of the issues where the constitutive wealth of the families that we are and the role of law in the recognition and protection of differences is most tangible.

The “filiation,” as a legal relationship of a family nature, is established as a result of procreation, adoption, or the will of people through assisted reproductive techniques, according to which the status of a child is established, as well as that of father or mother.

There are several terms that expand on the nature of the filiation: “related father and mother” (traditionally known as stepfather/stepmother); “consanguineous kinship” (established between people united by blood); “kinship by affinity” (created by reason of the marriage or the affective union between a person and the blood relatives of his spouse or affective partner); “socio-affective kinship” (it is constituted from the will, behavior, affection on the basis of a stable and sustained relationship over time); “people who are emotionally close” (those who have or do not have a blood bond with children or adolescents, if they have a close emotional and communication bond, lasting over time).

Regarding filiation, the term “parental” is assumed, a concept that allows us to better distinguish between those who are named in reference to their role of procreation (biology) or instituted by law (adoption), from the role of father/mother, which is assumed by people, at any given time, whether or not they are the parents. It refers to the capacities, competences and functions developed in the process of caring for, socializing and educating children, which combines the biological and psychosocial.

This word replaces the institution of “parental authority” and goes beyond the difference between motherhood and fatherhood by granting an equivalent position to those who develop the same educational practices.

The Code also describes the difference between “people with disabilities” and “people with vulnerability.” In the first case, it involves those who, due to their different functional capacity (sensory, cognitive, physical-motor) of a temporary or permanent nature, when interacting with various barriers present in their environment, have their full and effective participation in society impaired. In the second, it refers to one who has a weakened personal, family or relational and socioeconomic environment and, as a consequence, presents a risk situation that can lead to social exclusion.

As part of the principle of responsibility that this proposed Law rises, when the situation of disability becomes so serious that it affects the will and discernment of the person, an “intense support” is appointed, which must take into account rights, life history and preferences.

I have left the one that concerns “family or intra-family violence” as the last point of this note on terms and understandings that are at the basis of the new Family Code. It refers to any form of abuse or mistreatment between the members of a family (physical, mental, moral, sexual, economic or patrimonial), and implies an imbalance of power that is exercised from the strongest to the weakest.

The aforementioned regulations contemplate three specific dimensions of family violence: “violence against older adults and against people with disabilities” (people who, due to aging, due to the decrease in physical and intellectual capacities, economic and social participation or because of their functional diversity suffer violence); “violence against children and adolescents” (occurs with respect to children and adolescents due to their status as a person in development); “gender-based violence” (it is based on the patriarchal culture based on the inequality of power between men and women; as part of this domain, violence based on prejudice-generating stereotypes that lead to expressions of discrimination based on sex, gender, sexual orientation or gender identity).

The Family Code is more than its contents, concepts and legal solutions. It is the manifestation of the political will on the plurality, specificities and liberating normative demands of the really existing society. It is the possibility of understanding the laws as an x-ray of society that gestates it and as a pedagogical resource to overcome its excluding, discriminatory and inequality limits.