Two new victims due to injuries suffered by the intense tornado that hit four of Havana’s municipalities. 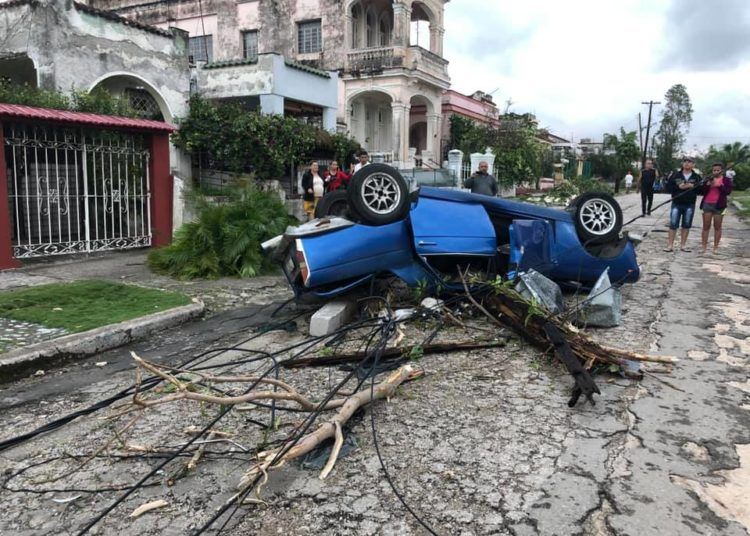 The death toll has risen to six as a result of two new victims’ injuries suffered by the intense tornado that hit four of Havana’s municipalities a week ago, official media reported on Sunday.

Cuban Minister of Public Health José Ángel Portal explained during a meeting of the Council of Ministers headed by President Miguel Díaz-Canel that the two people who died on Saturday were part of the 13 reported in serious condition out of the total of 195 who were injured on January 27 due to the tornado.

The destructive and unusual meteorological phenomenon, first of its kind registered in Havana in the last 80 years, hit the city with winds of over 300 kilometers per hour and in about 20 minutes disrupted the lives of some 5,000 residents of the municipalities Regla, Guanabacoa, 10 de Octubre and San Miguel del Padrón.

After its overwhelming passage it left thousands of victims, totally or partially collapsed homes, uprooted trees, overturned vehicles, damaged state institutions, schools and electricity and communications services in the affected areas, ravages that have yet to be quantified.

The authorities are continuing with the recovery works in the neighborhoods hit by the disaster, where brigades of workers and volunteers have removed tons of rubble and housing reconstruction is being prioritized with facilities to acquire materials.

Minister of Construction René Mesa Villafaña said that the construction of housing in different places had begun this Saturday, and detailed that of the 3,513 cataloged as damaged, so far technical specifications have been made for 2,873 of them, the state-run Cuban News Agency reported.

In that sense, the President of the Government in Havana Reynaldo García pointed out that remodeling work has already begun in several locations that will be converted into homes for the victims.

According to the latest official data, almost 5,000 people are still evacuated due to the damages suffered by their homes, of which 4,780 are housed in family homes and 164 are in state reception centers.

In the case of electricity, one of the areas with major breakdowns, Minister of Energy and Mines Raúl García said that power has been almost entirely restored and that only some specific places remain without supply and in the next few hours would be repaired.

Telephone services have been recovered by 65 percent, while work continues to clean the city and the supply of drinking water to the affected neighborhoods remains stable, according to official reports.

This event has mobilized thousands of people inside and outside of Cuba to support the victims, a spontaneous movement that has overflowed from the digital world and has reached the streets of the affected districts with donations of clothing, food, medicines and basic-need items, despite obstacles and some incidents with some local authorities.

The American who became "Ocean Doctor " in the Cuban seas