"More than a million Canadian tourists come to Cuba every year. Many return again and again. We offer them peace, friendship...," the Cuban president wrote on Twitter.

EFE
in Tourism in Cuba
1 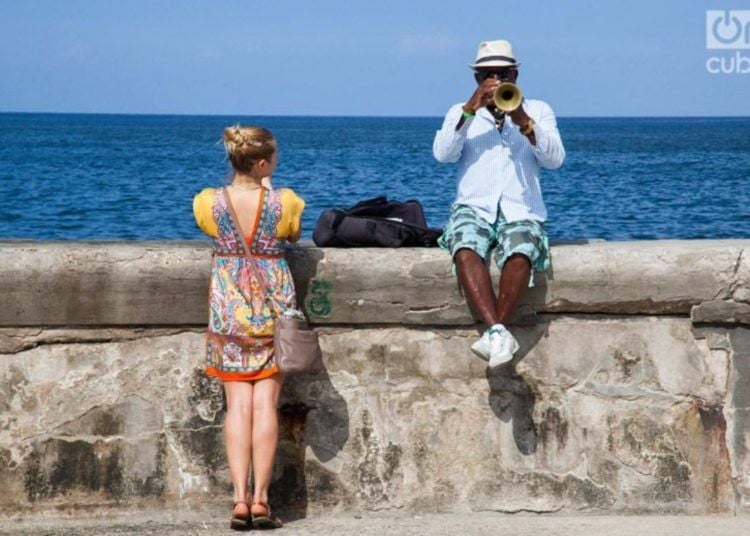 Cuban President Miguel Díaz-Canel promised peace, “eternal sunshine” and the “truth of the facts” to Canadian tourists traveling to the island, following Ottawa’s decision to cut by half the staff of its embassy in Havana.

The confirmation that another of its diplomats is suffering mysterious brain damages led the Canadian government to announce on Wednesday that it would cut from 16 to eight the number of employees in its diplomatic mission in the Caribbean country, which denies the existence of the alleged health incidents.

“More than a million Canadian tourists come to Cuba every year. Many return again and again. We offer them peace, friendship, eternal sunshine to alleviate their harsh winter and the truth of the facts, more powerful than the noise of those who lie,” Díaz-Canel wrote on his official Twitter account.

Canada is the main tourist market of Cuba, which has pinned its hopes on tourism as a way to try to refloat its damaged economy.

“There isn’t the slightest evidence of the alleged health incidents,” insisted the foreign minister.

Canada claims that a total of 14 people, among its diplomats and relatives who were in Havana, have been affected by the mysterious symptoms that consist of brain damages whose origin is unknown.

The new case was initially detected on December 29 but laboratory results confirming the same condition of this person assigned to the Canadian embassy since the summer of 2018 were not available until now.

Hours after the cuts in Canadian diplomatic personnel in Havana were announced, the Cuban ambassador to Canada, Josefina Vidal, said in a statement that this decision “will not help find answers” and will have “an impact on relations.”

Vidal underlined that, despite everything, Cuba remains committed to maintaining the good state of bilateral relations although she considered that this behavior by Canada favors those in the United States who “use this issue to attack and denigrate Cuba.”

Between late 2016 and mid-2017, nearly 30 U.S. diplomats and family members in Havana also complained of injuries similar to those of the Canadians.

In 2017, the United States ordered the withdrawal of most of its diplomatic personnel in Havana after detecting what it initially described as an attack with sonic weapons, although the cause of the incidents has still not been determined with certainty.

The mysterious ailment is identified with symptoms of brain disorders, such as dizziness, headaches and lack of concentration.

The American who became "Ocean Doctor " in the Cuban seas