hiramhernandez
in Cuba, Politics in Cuba
0 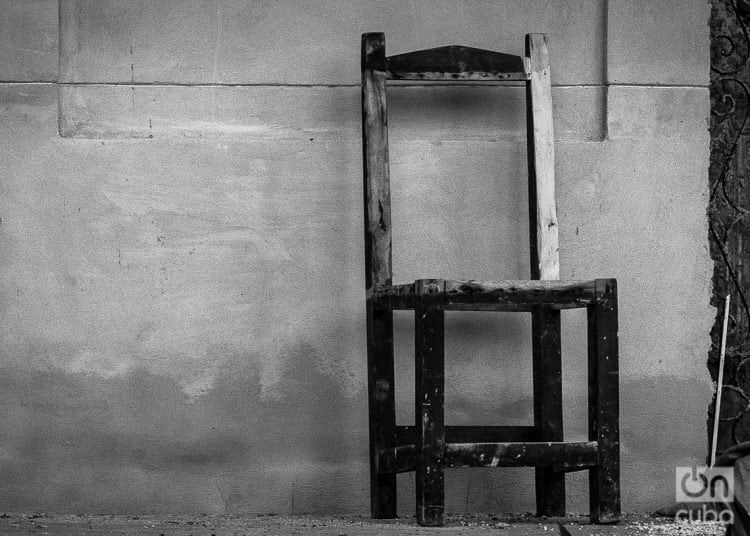 Individual or collective bodies that go to performative actions are common in all parts of the world. This has historical antecedents in the civil disobediences of Gandhi and Rosa Parks or is more present, and conscious, within the Occupy Wall Street movement or in the artistic action of the feminist group Lastesis. It goes without saying that performance is associated with social movements opposed to neoliberalism and neo-conservatism, but it is not the exclusive resource of progressive groups.1

I don’t know in depth the characteristics of those people in San Isidro.2 I don’t know in depth their discourse, their conception of the world, nor their idea of ​​what is desirable for Cuba and how to do it. What I can observe are the practices that inscribe their actions in acts of protest performances. In a performative act, the body ceases to be merely biological to be a public stage. Now, where we are, what happens in this “scene” affects us all.

Beyond the ideological or aesthetic positions that we may or may not share, we must understand that conflicts are inevitable; that what is political is part of society in showbiz, that the “dramaturgical action” is a valid repertoire of protest and that the intention of publicity and claim for empathy doesn’t delegitimize political subjects.

A hunger strike is a peaceful and, at the same time, extreme way of assuming the protest performance. Its legitimate (or ethical) use as a pressure tool depends on at least three conditions: 1) a just cause, that is, that it is supported by a universally valid argument; 2) having exhausted all available institutional and legal remedies for solution; and 3) providing the defendant with a reasonable period of time to rectify. A hunger strike―insofar as it can lead to a fatal outcome―must be taken very seriously by the plaintiffs, the State and by each and every one of its virtual witnesses. Opportunistic, callous and indifferent attitudes by any of the aforementioned should be rejected as ignominious.

Certainly, the hunger strike is a “voluntary decision” and a publicity “tactic,” but its purpose is to demonstrate a strong belief that a right has been unfairly expropriated. It should not be assumed that it is a mercenary or profitable act. In the event that they receive money from a foreign government with the objective of harming the Cuban government―the United States allocates millions to financially support dissident individuals or groups who seek regime change in Cuba―then they should face a legal process for it, as it is an act punishable by the Constitutions of any country in the world.

Logic indicates that a mercenary would not deprive himself of food until death. Much less should we require that people die to show us that their political action responds to their freedom of conscience. To avoid these confusions, no one more communist than Rosa Luxemburg affirmed that freedom is always for those who think differently. Likewise, a government must have the ability to tolerate that “rare” individuals and groups exercise the right to resist in the face of actions or omissions by public power. No one who rejects domination can accept the arbitrary exercise of power, no matter how majority the popular support that sustains it.

What to do at this point in the conflict? Every State, as the guarantor of coexistence, security and human rights, is ultimately responsible for demonstrating its political will to resolve conflicts. Literature on the subject tells us that among the forms of conflict resolution are: negotiation, conciliation, arbitration and mediation. All are alternatives to avoid situations of no return that, we know, can be exploited by third parties.

Mediation, for example, involves identifying an organization or personality with recognized prestige for both parties. I can imagine many patriots capable of taking on that not impossible mission. It is about establishing a channel of dialogue under the reciprocal commitment of being able to review the processes, make concessions and modify the original positions. I want to think that reducing pressure on this conflict is what noble Cubans desire.

The epic “we don’t understand each other” should not function as an anachronistic cliché. Intransigence was a value in Maceo when facing a foreign conqueror, protected by one of the most powerful armies of his time. Here, Cuba is with everyone and the powerful army is not in San Isidro.

2 Fourteen people are staging a peaceful protest at the headquarters of the San Isidro Movement in Havana; seven of them on hunger strike. They demand the release of one of the members of the Movement, rapper Denis Solís, sentenced in summary trial to eight months of prison for the crime of contempt. Later, they expanded their demands according to a statement from the Movement, dated November 19.