Alejandro Mayorkas, born in Havana, who emigrated to the United States with his parents in late 1960 and negotiated security agreements during the thaw with Havana. 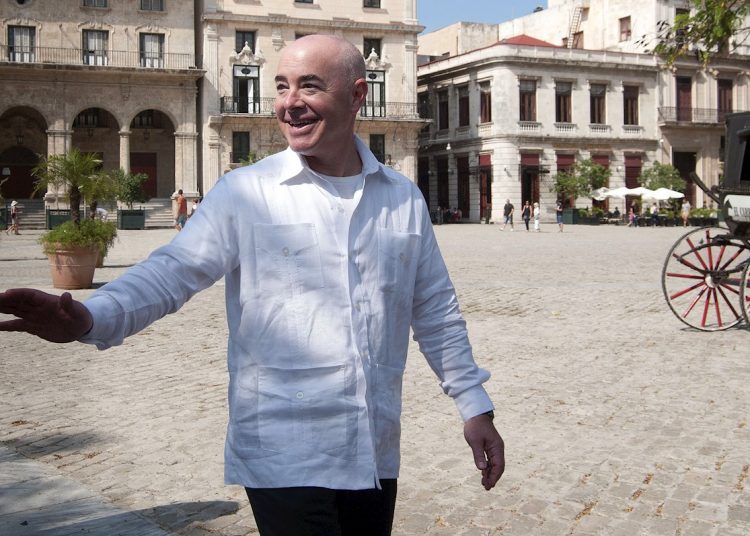 President-elect Joe Biden has appointed a Cuban-American as head of the Department of Homeland Security (DHS). During the Barack Obama administration he was the second-in-command of that agency and the principal negotiator of security agreements with the government of Havana during the thaw that began in 2014 with the resumption of diplomatic relations.

He is Alejandro Mayorkas, born in Havana in 1959 and who emigrated to the United States with his parents in late 1960. He thus becomes the third Cuban-American to reach the cabinet in the United States. He was preceded by Mel Martínez, secretary of housing under the Bush Jr. administration, and Alexander Acosta, secretary of labor at the beginning of the Trump administration.

Mayorkas grew up in Los Angeles, attended UC Berkeley and Loyola School of Law. He began work in public administration as a United States Deputy Attorney in the Central District of California, specializing in white collar crimes. He was the youngest U.S. attorney in the country, according to Biden’s transition team.

“When I was very young, the United States provided my family and me a place of refuge,” Mayorkas tweeted shortly after the announcement with a new account featuring him as a “DHS nominee for Joe Biden.” This position is subject to Senate confirmation.

“I have been nominated to be the DHS Secretary and oversee the protection of all Americans and those who flee persecution in search of a better life for themselves and their loved ones,” he said.

Under the Obama administration, Mayorkas was the main architect of the Deferred Action for Childhood Arrivals (DACA) program for children arriving in the United States with undocumented parents, the majority from different Latin American nations. In addition, he was one of the negotiators of the thaw with Havana. Both the doing away with DACA and the opening with Cuba have been among the political objectives of President Trump and the Republican Party.

Biden adds Mayorkas to his shortlist for positions related to national security and foreign policy, even as a growing number of experts from Trump’s own party are asking for the start of the transition process.

They argue that Trump’s attempts to undermine an election that he clearly lost are threatening America’s national security. “We have no time to waste when it comes to our national security and foreign policy. I need a team ready from day one to help me regain America’s position at the head of the table, unite the world to meet the greatest challenges we face, and advance our security, prosperity, and values. This is the crux of that team,” Biden said in the announcement statement.

The task facing Mayorkas is daunting: getting the Titanic away from a department, the third-largest in the federal government, which has about 240,000 employees. Biden has vowed to reverse many of Trump’s immigration policies, enacted by a politicized Department of Homeland Security rocked by vacancies and numerous problems.

Democrats hope Mayorkas’ nomination will go smoothly, as he went through a couple of confirmation hearings when he held the top position in Citizenship and Immigration Services (USCIS) as deputy chairman of the DHS.

Democratic Senator Bob Menéndez, a senior member of the Foreign Relations Committee, told CNN that Mayorkas is “a smart and natural choice” because he has the experience to take on the enormous job of cleaning up the disastrous and inhumane immigration policies that have destroyed lives and families under the Trump administration.

In 2015, as the second in command of DHS, Mayorkas returned to Cuba for the first time since his family fled, taking him to Miami. His father, who died in Los Angeles in 2012, had always wanted to visit the island, but never had the opportunity.

“He didn’t want to raise the family in a communist country. He believed in democracy and understood the dangers and challenges of living differently,” Mayorkas said of his father.

In November 2015, The Washington Post published a review on Mayorkas’ trip to Havana to negotiate air security agreements, border communication, collaboration between security forces, the fight against drug trafficking and emergency communications.

“I went with a nervous heart,” he said, recalling that his father had wanted to return to Havana, but died two years before he could. “My hope and my father’s hope and intention was always to return together, and that I would really have the opportunity to understand his youth and the places and experiences of his youth with him.”

On his last afternoon on the island, after the talks, he found time to visit the family grave, where his grandmother, aunt and great-uncle are buried. He also visited his father’s elementary school and passed the aluminum scourer factory owned by his father.

His Cuban hosts, Mayorkas said, were aware of his personal history and “could not have been more gracious and kind,” he recalled. In what is perhaps the ultimate symbolism, they gave the top U.S. official a gift: the originals of his family’s immigration file, kept in the archives of the Cuban government. “I’m very happy that I went, both personally and professionally,” Mayorkas said then.