In March and April, 421 people serving provisional prison were released and will now await trial in their homes with the “relevant restrictions,” while 6,158 others were granted early release. 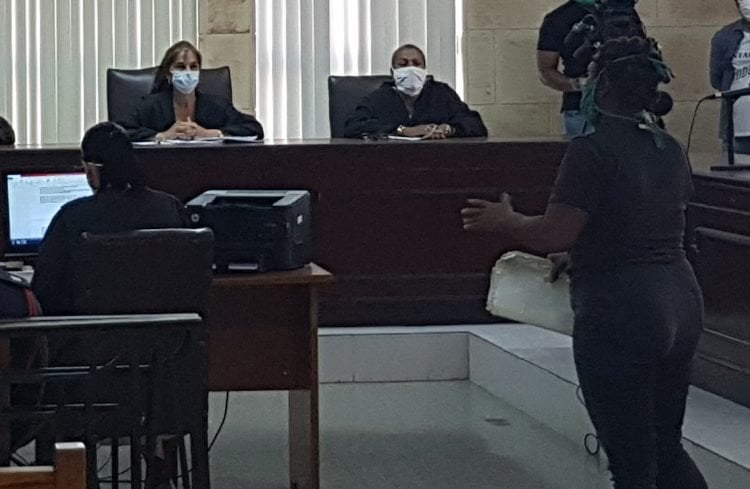 Cuba released in March and April 421 people serving provisional prison and they will now await trial in their homes with the “relevant restrictions.” Photo: @hacemos_cuba/Twitter.

The Cuban authorities have released 6,579 prisoners in the midst of the coronavirus pandemic, which until this Thursday had left 61 dead and 1,500 positive cases on the island, where heavy penalties are applied for crimes involving the spread of epidemics and no positive cases have yet been reported in prisons.

The president of the Criminal Court of the Cuban Supreme Court, Otto Molina, specified that in March and April 421 people who were serving provisional prison were released and will now await trial in their homes with the “relevant restrictions,” while another 6,158 were granted early release.

In the case of the latter, “the Court appreciated that with the time (of the sentence) served it is not necessary to reach the end of the sentence in confinement” and decided to grant parole and extra-penal licenses to the prisoners, explained Molina on Cuban state television.

Cuba is in the limited local transmission phase of the COVID-19 and the government maintains strong measures that include the limitation of movements, the suspension of public transportation, the closure of borders, and the closure of large shopping centers, although not yet decreeing the mandatory confinement.

The Cuban authorities assure that at the moment there are no outbreaks or cases of the disease in the island’s prisons, where extreme measures have been taken to avoid contagions and isolation periods have been established for the new inmates.

No COVID-19 cases in Cuban prisons

Since the beginning of the epidemic on the island, in early March, the Cuban judicial system started imposing strong sanctions for crimes such as the spread of epidemics―which includes circulation without the mandatory facemask―and attack on health workers, inspectors and law and order agents.

Persecution and punishment of those who practice illicit economic activities, speculation, and hoarding have also increased, crimes especially sensitive for a country suffering from chronic shortages, now exacerbated by the pandemic.

The president of the Criminal Court of the Cuban Supreme Court reported that 418 trials have been held on the island for “crimes associated with COVID-19” in which 506 people have been tried and 503 have been sanctioned.

Several of them have been televised as an “exemplary measure” and the police have allowed state media to accompany the agents in raids to capture criminals, who are identified and questioned on camera.

“They are quick processes, guaranteeing due process and the rights of people, but quickly so that the response is prompt, as the moment requires,” Molina warned.

Of those convicted, 335 received prison terms because their behavior “attacks a precious asset such as health, puts collective security at risk and require a strong response,” the lawyer insisted.

Another 103 will serve subsidiary sentences, the majority with “correctional work without internment” and 65 were imposed “high fines so that the person feels the rigor of the sentence.”

“Within the penal framework, sanctions are close to the maximum limit in most cases,” said Molina.

Prison sentences can be high―there are reports of a defendant who was sentenced to 8 years―according to the antecedents and severity of the crime, while the fines can reach 5,000 Cuban pesos (about 200 dollars), high for a country where the average salary does not reach 45 dollars a month.

The official position is that fines, like other sanctions, cannot be “nice” or “symbolic” because otherwise they “don’t do their job.”

Meanwhile, groups that qualify as human rights defenders had asked for the release of government opponents at the risk of contracting the virus, although for now it is unknown whether any of those considered by these organizations to be political prisoners or of conscience are included among those released from prison.

They have also affirmed that independent journalists and opposition activists have received summons for interviews in police departments and have been fined for allegedly having violated, through publications on social networks, Decree-Law 370, which among other issues regulates the use of information and communication technology in the country.

The Cuban authorities have made no public reference to these events and affirm that they maintain a “balance between rigor and rationality” when applying sanctions and, on the other hand, releasing thousands of prisoners.

The island’s government does not recognize the existence of political prisoners in its jails and advocates that they are common criminals.