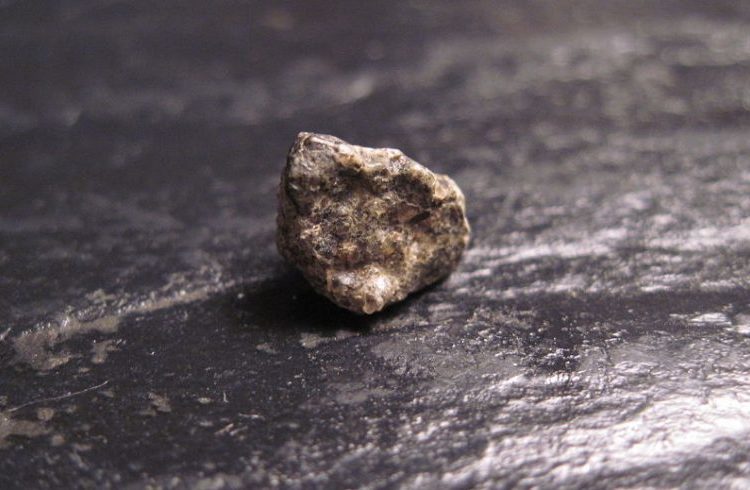 There are reports, reliably confirmed, of the fall of half a dozen meteorites on Cuban territory, almost all of them concentrated in the western part of the island. On June 10, 1994, a meteor fell on Palmarito farm, close to Lajas, in the province of Cienfuegos, and everything took place to the surprise and fright of some farmers who were working the land. Another sighting in February 2013, in the zone of Rodas, also in Cienfuegos, has not been certified since the experts did not find proof of the phenomenon.

All these examples, according to sources, have been registered since 1938, but there are other much older reports. Journalist Guillermo Lagarde wrote about a meteorite “of extraordinary brightness and size” that was seen as it fell into the sea, facing Havana, on the night of May 10, 1886, which caused panic among Havana residents and forced Father Benito Viñes of the Belén Observatory to publish a reassuring note in the Diario de la Marina.

An event of this type also seems to have been witnessed by the people of Morón almost 20 years before. Historians Federico Naranjo and Rodrigo Aguilar wrote about the surprising event in their article “Notes on Morón,” published in the magazine Síntesis of June 1941, all of which got to them through oral tradition, since they interviewed an elderly woman from the town, named Doña Caridad Recino, who witnessed the event. The journalists narrated the following:

“…in the early hours of the night of November 24, 1867 she was sitting with her family at the door of her home. The sky looked clear (one of those tropical nights full of stars), when a momentary illumination lit everything up, seeing how the sky was divided by a wide strip of fire, its lateral sides spewing sparks and stars, the meteorite heading North where it fell with a fantastic crash and everything took place in an instantant, which produced the biggest alarm occurred in Morón….”

This description greatly resembles the one made by a witness of the famous and controversial Tunguska case, which occurred in Siberia on June 30, 1908, who declared that “all of a sudden, the sky opened into two and over the forest the entire northern part seemed as if it was being covered in fire.” Naranjo and Aguilar added in the case of Morón that there was a perfectly perceptible quake in the town and its outskirts, and added a picturesque effect: 28 pregnant women from the vicinity were so frightened that they gave birth around those days.

What actually happened on that day? A good question, since a century and a half has gone by. In those years the development of science in colonial Cuba, despite some achievements, made it impossible to reach conclusions because astronomy was not sufficiently hierarchized. To this was added the distance from the principal scientific center, Havana, the lack of press and the difficulties in communications and transportation. Plus there was the circumstance that a year later the region became the scenario of the war of independence, since the rebel group captained by Chicho Valdés entered the region at a very early stage and the atmosphere did not favor searching for celestial rocks or craters around those parts.

The event is still an enigma today and thanks to the mentioned historians the news of the unusual event was preserved for posterity.