El Vedado in a book 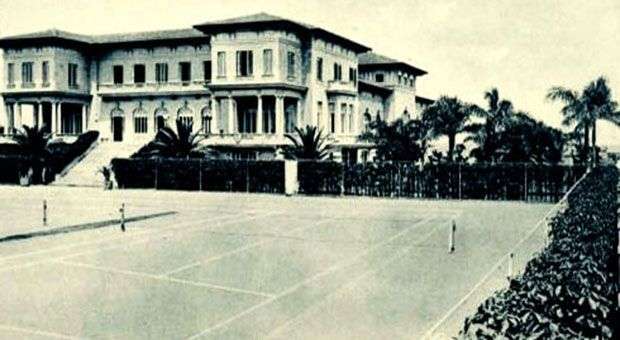 If one asks you what the most famous district of Havana is, probably you will not hesitate to respond. Avenues, gardens, houses, cinemas, theaters, shops and hotels, make it a crucial stage of economic, social and cultural life of the city. The Cuban art researcher Llilian Llanes (*) also fascinated by its charm, rescued an old project that has now become her book “El Vedado of general and doctors.”

Llanes addresses the architectural and urban values , historic and symbolic dimension of this residential area. In the words of critic and curator Nelson Herrera Ysla, who was responsible for the presentation of the volume, Vedado is an odd example of eclecticism in the typical environments of city dwellers in the country.

That ” succession of porches and trellises , columns , balustrades , staircases, porcelain or stone pillars , side towers and lookouts , gabled roofs , tiled roofs , making it a showcase of our rich cultural diversity , plurality of tastes and our vocations, our cosmopolitan and universal attitude. “

The graphic design of Jorge Rodriguez, editing by Deborah de la Paz and photography by Pedro Abascal complete this work, which includes a selection of cartoons, images and records. In this sense the Office of the City Historian was a great help.

“After reading the text and ride that sort of time machine- Abascal says-, I decided to try the houses speak for the people who made them.” She noted that it was very nice and fun walking the streets again with them, as part of the filmmaking process, which lasted only three months.

But the idea comes from much earlier, since 1968. It began as a course work for Art History professor Roberto Segre, who initiated his students in the study of the period of the Republic; to him this fine specimen published by Editions Selvi was dedicated.

El Vedado is named after a proclamation issued by the Cabildo in Havana in the mid-sixteenth century. Such document precisely forbade grazing, settlement and road construction that might facilitate pirate attacks, such as those that occurred years before. Though it reached its booming in the early decades of the twentieth century, its history goes back to 1858, and gradually superseded Old Havana and Cerro as the favorite dwelling area for the Cuban high class of the time.

(*) She is a graduate of Art History at the School of Arts at the University of Havana in 1970. She taught art history at UH from 1970 to 1977 and was Vice Chancellor for Research at the Higher Institute of Art until 1984, when she founded the Wifredo Lam Center. From there she conducted the Havana Biennial until the sixth edition in 1997. She is currently Director of Art at ArtOnCuba Magazine.