by Redacción OnCuba
in Economy and Business, News Briefs
0 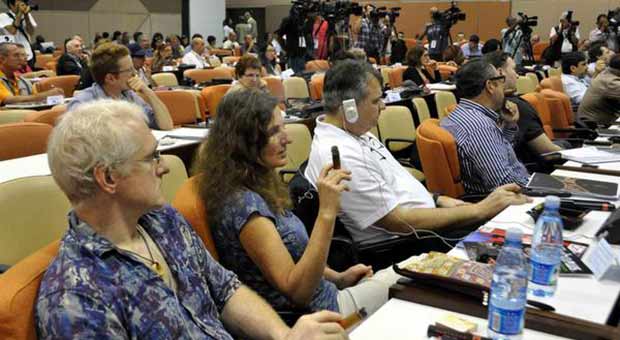 During the inaugural Press Conference of the XVI International Habano Festival, Jorge Luis Fernández Maikel, Commercial Vice President of Habanos SA, told reporters that the company grew 8% in 2013 over the previous year.

With a sale of 447 million dollars last year, Habanos SA, “is a leader company in the Premium cigars (hand-made) in the world market,” Javier Terres Ercilla, Vice President of Development of Habanos SA stated

These results have been achieved despite the global economic crisis and that Cuba cannot enter the largest market in the world of Premium: United States, since the laws of the blockade on Cuba forbid it.

Considered the best handmade cigars in the world, Habanos remains an authentic Cuban cultural product winning admirers all over the world.

The vice presidents also revealed that economic growth of the company, which this year celebrates 20 years has been due to the good performance of traditional markets such as Germany , Switzerland and Canada and growth in emerging markets such as Asia Pacific, Middle East and Latin America.

For Habanos SA its main markets are Spain, France, China, Germany, Switzerland, Cuba, Lebanon and the UAE, in that order.

The XVI International Habano Festival takes place in Havana from February 24 through the 28 and with the participation of more than 1 500 people from about 80 countries, Ana López , Director of Operational Marketing Habanos SA told reporters

They also announced that the event will be dedicated to the Hoyo de Monterrey , Partagas , H. Upmann and Trinidad brands.

During the Festival they will present the cigar bands Le Hoyo de San Juan , Partagas Serie D no. Upmann no: 6 , Trinidad Vigia and during the gala dinner (February 28 ), the first H. Upmann 2 Reserva Cosecha 2010 will be presented.