may
in Cuban History
0 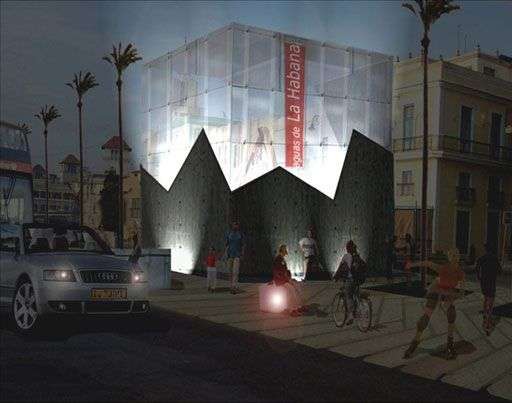 One of the most spectacular entrances to the Havana’s Historical Center: the Avenida del Puerto (Port Avenue), regained life with the restoration of one of the seven wonders of Cuban civil engineering: the Havana’s chamber of sewer grates.

Today, thanks to the renovation work conducted by the Office of the Historian (OHC), the more hidden gems of the island engineering allows the visitor to appreciate the process of filtering the sewage of seven municipalities of the capital city.

The construction of this wonder began on May 1, 1911 and ended on April 19, 1912. The projection of the work had its origins in the first U.S. intervention with modernity, cleanliness and sanitation campaign, which among many purposes sought to demoralize the previous Spanish government, noted historian of the OHC, Yamira Diaz.

The masking of the Havana’s chamber of sewer grates calls us to revere the old, but with an original concept. The cube, as this work is commonly known, has been a new experience and a great opportunity for the architects in charge of the project, which has no precedent in Cuba, from the formal aesthetic point of view.

Visually, it appears that there are two boxes, one transparent and one opaque inserted into each other and the two halves of this cube is formed. The bottom base is a solid box, basically iron columns having other structure lined with panels, whose purpose is the protection of the work. While on the upper part we find clear glass, which enables all people climbing the ladder located in one of the cube faces, learn and see how the chamber works.

To enhance the approach to the nature and history of the city they built a road divider in this area, which has graphical information on the process and the importance of the work. Also, more than a dozen palm trees make the ride nicer. But without doubt, one of the main attractions is that at night the hub will function as a light box, which works with LED technology.

From now on capital’s nights not only have the lighthouse of El Morro as a guide for travelers. This old wonder, invisible for too long, illuminates the entrance of Avenida del Puerto and invites us to discover the highlights of the historic center from the Havana Bay.

"I have to try to improve all the time"