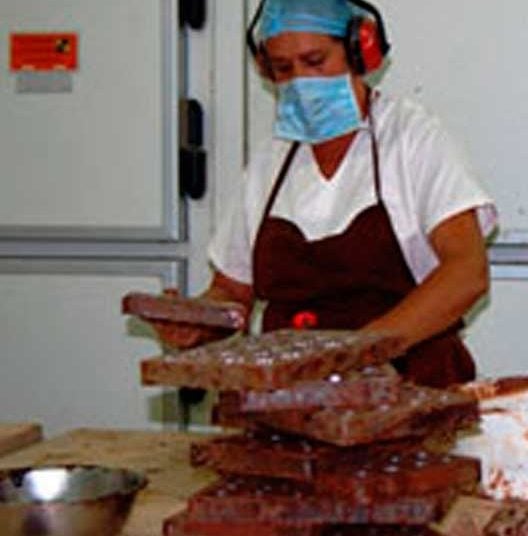 Whoever visits Baracoa, first village, capital and  bishopric of Cuba since 1511, and does not savor the chocolate produced at the David Suárez Abella Enterprise of Cacao By-products, only one producing cocoa in the archipelago, will have lost forever the opportunity of savoring the exclusiveness.

That region of Cuba, located in the eastern end of the archipelago, is the best growing zone for the cacao plant, raw material of chocolate, and in its small industry of scarcely 150 workers covering in different shifts the 24-hour day, a complex process is carried out whose ultimate purpose is to bring ecstasy to your taste.

It is incredible that something as delicious as chocolate in any of its forms requires so much work. However, it is so, as evidenced by the workers of this plant, who explain that cacao is first sown in state productive units where, once harvested and having selected the best fruits, the seeds are extracted and dried, to be delivered afterwards for elaboration at La Primada processing center.

Already in the industry, these seeds are roasted at 150º of temperature to ensure the excellent aroma and flavor they truly possess. Later they are shelled, ground and a huge 500-kilogram press extracts from them the oil, known as cocoa butter, containing more than 50% of the grains.

What comes out of the press is ground again to obtain cocoa powder, the base for the chocolate tablets, chocolates, chocolate-covered cookies, pudding, dessert mixtures, among other confectionery products destined for the national and foreign markets, which substitute numerous imports.

The Taste of History

Forty-nine years ago, the CMDX La Voz del Toa radio station in Baracoa broadcast a news that was to change the economic outlook of that region: in the afternoon of April 1, 1963, Ernesto Che Guevara, minister of Industries, officially inaugurated there the “David Suárez Abella” plant, a modern cacao processing plant whose cost had come up to 800 000 pesos.

During the opening ceremony it was disclosed that the installation had a capacity to transform into chocolate some 40 000 quintales of cacao (1 quintal = 100 pounds), an item that, together with coffee, was to become one of the most exported from the Guantánamo mountains.

Early in the 21st century, more than 30 years after its foundation, the old chocolate plant was modernized and changed its name to Enterprise of Cacao By-products.

Around half a million dollars were invested in this general repair that included changing seven obsolete machines for a Wa-Fa-400 imported from Italy, capable of mixing, stirring and refining the mixture to produce the chocolate tablets and other assortment sold in Europe. The new equipment saved energy and considerably raised the quality.

Some time later the results of the modernization were to be seen: exports were increased by more than 100 tons of cacao by-products. In 2009, in order to increase the quality of productions, a tablet dispenser of advanced technology was added to the plant.

Today, the industry, a symbol of Baracoa, provides the tasty confectionery to the Empresa Cubana de Chocolatería (Cuban Chocolate Products Enterprise) and the dark coating applied to the cookies produced at the Empresa de Pastas y Caramelos (Enterprise of Pasta and Candy) of Santiago de Cuba and La Estrella, in Havana.

However, for the true indigenous neighbors of Baracoa, those who inhabit the lands that approach Cuba to Haiti, the enjoyment of cacao on his dinner table is not something brought by modernity.

According to articles written by experts on the subject, the influence of the French migration from Haiti became noticeable with the increase in the cacao plantations and the preparation of this production for export since 1668. It was the 17th century!

Already in those distant years this city was turned into the greatest producer and national manufacturer of the item. But today, in parallel to its industrial processing, very rudimentary manual techniques are employed in the mountains of this municipality for the preparation of chocolate from the cacao mixture.

The grains are dried in the sun, then roasted and shelled. Finally they are ground, and sweet spices or wheat flour are added. Chocolate “balls”, tablets or powder are made with the final product.

It seems it was yesterday…

"I have to try to improve all the time"