The birth of Havana through its port 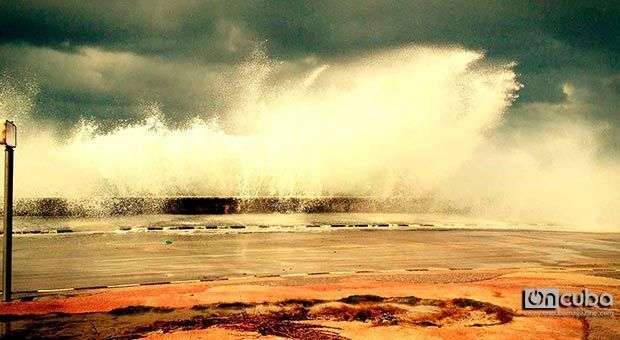 The harbor gave birth to Havana. For the early Spanish navigators that saw it, who knew of bays and things related to boats, it seemed a particularly promising site.

When Galician Sebastian Ocampo met the water inlet anchored his ships there and started “careening “, repairing the hull of his boats. Therefore, with the rush and pragmatism of those who must give a name to a site for the first time, they named the bay as Puerto Carena (Careening Port), which could have been to identify the future city , if it hadn’t prevailed the Indian word “Habana . “

Without its bay and its potential port, the city of San Cristobal had not been built on its current site on November 16, 1519. It would have ended up being another city in western Cuba, raised offshore. The first capital of the island was Santiago de Cuba, where the rulers of Cuba began the colonization.

Havana had to earn its position slowly. Historian Ramiro Guerra wrote that “the conquest of Mexico and the establishment of sea routes between Spain and the Indies later, forced scale ships in the harbor of Havana during the return trip and they began to give greater importance to the west, particularly the port of Havana . “

Within the Spanish colonial gear, the port of Havana was the springboard from which departed all precious metals that was sent via galleon, to the Iberian Peninsula. It was “the place to gather all the ships of the Indies and the key to them.”

The historian Eduardo Torres Cuevas describes it: “between the mainland and Europe was Cuba. A new shipping route began to consolidate. Instead of traveling against the Caribbean Current, from Yucatan to Santiago de Cuba and Hispaniola and then into the Atlantic, it was the natural way to go to the north coast of the largest of the Antilles, the bay of Havana, and there, driven by the Gulf Stream, cross the ocean to where it ends , the western coasts of Europe. “

“In this way, the Havana port acquired a fundamental importance in any Spanish strategy for defending its nascent empire, and that of their enemies, to drill the strength of it.”

The Mexican gold boom raised the status of the city, until in 1546, a Spanish governor, Antonio de Chavez, wanted to stay in Havana, where he lived, rather than moving to Santiago de Cuba.

His successors imitated him, until finally, on July 26, 1553; the Royal Audiencia of Santo Domingo made Havana officially the capital of Cuba.

The cities arise for a reason. Havana’s reason was its bay and harbor built into it. Times have changed. Havana already has two million inhabitants and almost half a millennium in its bowels. The port is just another site… and soon will have less importance.

Now Mariel will replace the capital as base of naval and commercial operations in the north coast. It is a simple change, but a total shift, and it seems that no one has stopped to think about how important it was that port in a city that exists because nature wanted to put in that place a bag shaped bay.

A Lollapalooza -Cerro for Maria?

Perfect night for Cuba in World Series of Boxing