Perfect night for Cuba in World Series of Boxing 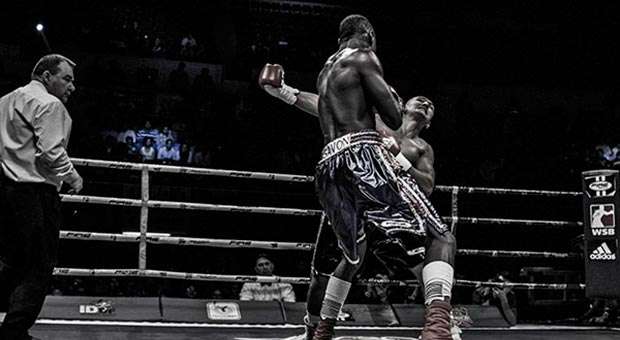 The five Cuban fighters that climbed into the ring at the Sports Dome Six Year Plan of the Fourth World Series of Boxing won their combats against the Mexican “Guerreros”. A beautiful left swing by Guantanamo Erislandy Savon in the first round put the final ingredient to this flawless day sending his rival, French reinforcement Djabril Coupe, to the ground.

The first triumph of the Cuban team was contributed by flyweight Yosbani Veitía (49kg ) over Joselito Velazquez , a classic of the continent that now the Cuban dominates three wins to one. This time the verdict of the judges unanimously favored Veitía , 3-0 ( 48-47 , 49-46 , 48-47 ) . The fifth round could not be completed due to a cut suffered by the Mexican on his right eyebrow.

Then London Olympic chmapion, Robeisy Ramirez, defeated comfortably local Brayan “Revelation “Gonzalez in the 56 kg, who could do little against the expertise of the Cienfuegos fighter. Robeisy physical spending was almost nil, being enough a few combinations of accurate swings, straight punches and hooks spaced between rounds to secure the win. The cards accurately reflect what happened on the ring, 3-0 (50-42, 50-45, and 50-44)

A barely perceptible rise in the two final rounds gave the victory in the 64kg to world runner-up Yasniel Toledo, who until then trailing in the score cards against Juan Pablo Romero, a rematch of the combat during the preparation match between both teams August, and was also won by the Cuban at that time

While this was the highest level opponent presented today by the “Guerreros” (9-4 in previous World Series and winner in the third), Toledo was quite far from his best boxing. He was overly cautious and on several occasions was away when he chose to use his left. At the end the 2-1 split decision (48-47, 47-48, 49-46 ) had the local public booing the result that , however , I think was just because Romero behaved even more discreet in his actions.

Ramón Luis (75kg) had an easy match over an inferior opponent. Billed as “the Spider”, the Camagüey fighter showed he is in excellent shape, valid for beating all the way Diego Moreno. All voting cards showed 50-45, clear sign of a fight in which Luis did everything right : dodged the few punches thrown by the Mexican, and the offense caused havoc with his forward hand, in addition to several rallies with straights and swings combined , doing enough damage in the anatomy of the local fighter .

The last smile for Cuba was by Erislandy “the Bolt “Savon (+ 91kg) by prescribing a TKO to French Djabril Coupe in the initial assault. True to his nickname, Savon hit a lightning left swing to the face of his rival, who instantly fell on the matt. Recovering from this blow was not a good choice then; seconds later, the bell alone could save the Frenchman who took a flurry of punches that left him in a very bad condition. Already in the corner his coaches decided not to continue the fight and avoid unnecessary punishment for their pupil.

After this sweep, the “Domadores” of Cuba will move to the old continent to try to continue succeeding away from home. There they will face, on Friday 22, the “Hussars “Poland, in the Rafako Raciborz Factory arena. In this match they convened divisions that didn’t fight on Mexican soil: 52kg, 60kg, 69kg, 81kg and 91kg.

For those who could not see the fights yesterday, I will tell them that the Cuban franchise competed under the rubric of the Adidas brand, wearing white shorts with golden girdle. Moreover, the song that was played when they were announced was composed by Candido Fabre, “Llegaron los Domadores”.

In other results, the current monarch of the World Series, Astana (Kazakhstan), won 4-1 over Azerbaijani Baku Fires as part of group B, in which the Cuban team is included. In the A key, the Italia Thunder dominated the Argentine Condors, also 4-1.