Cuba returns properties to the Church 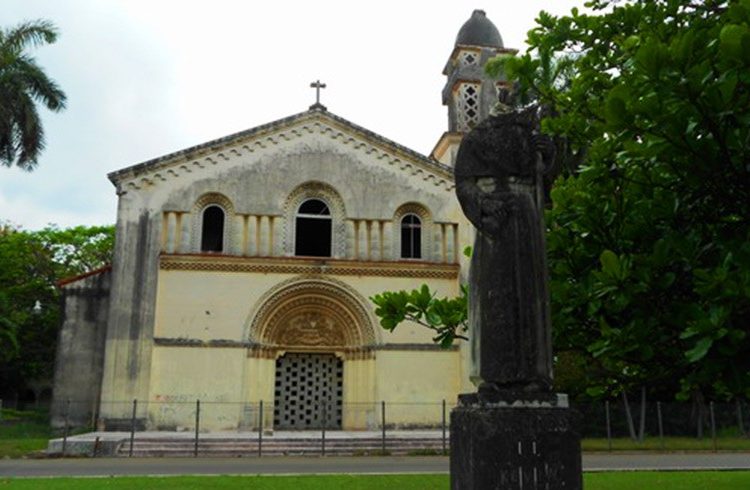 The Cuban government returned to the Church some dozen properties as part of a devolution process started at the end of 2009, reported the Associated Press

Among the confiscated estate after the 1959 revolution triumph and returned in 2014, they mentioned the chapel of the former Santo Tomas de Villanueva University in Havana

¨Discreet and gradual¨, according to Ap, has been the devolution process in favor of former owners of temples, parochial homes, land and edifications. Most of them were confiscated during the nationalization of education in 1961, when the State took over all education centers run by private legal or natural persons, as well as all the goods, rights and stock that belong to the said centers.

In January 2013, reports the website of the Catholic Bishops Conference of Cuba, the Granma Provincial Management Council agreed to return of a former college, a chapel built in the 1950s and two lots for the building of the temples for the Dioceses of the Santísimo Salvador de Bayamo-Manzanillo, an ecclesiastic demarcation located in the Cuban Southeast. The decision was taken at the end of 2012.

Also, at the beginning of 2013, two temples were returned (San José Obrero y San Benito) and a Parochial House in Santiago de Cuba. Monsignor Dionisio Garcia was informed the properties were to be returned following a request by the Archdioceses made years ago.

What was not authorized was the devolution of the parochial temple of El Cobre, since it now belongs to the Ministry of Domestic Trade, though they authourized the building of a new one to mark the visit of Pope Benedict XVI, which took place in March 2012.

In the Sandino municipality, in the province of Pinar del Rio the government allowed to lift another one, according to the Vida Cristiana newsletter. The construction will be financed in collaboration with the Tampa´s San Lorenzo, in the US

Father Ignacio Cruz Magariño, according to El Toque, was part of the talks to recover another important building: the former Colegio de los Padres Jesuitas, in Cienfuegos province. This process finished in November 2013.

¨There isn’t a document that states the handing over, but it is effective since in a few weeks the offices and storage rooms of different entities that were located in the lower floor of the premises were moved out¨ said Cruz Magariño.

These devolutions don’t have a big media profile and little is known about its antecedents. A church member, that preferred not to reveal his name, reported that the issue was brought up in an open way in talks between Cuban cardinal Jaime Ortega and Cuban President Raul Castro in July 2010.

The fact that they have made advances in the devolution process and the help of Pope Francis in the Cuba-US talks to reestablish diplomatic relations shows the political will of the Cuban government to heal old wounds.

¨I think it is a very good government policy to return some of these properties. Most of them will have a religious use but others will have social use and that is part of the changes the country is undertaking, where the Church will be able to further carry out its work and contribute to society¨ Joel Dopica, president of the Council of Churches of Cuba, told Ap and added that some Protestant and Evangelical churches also were recipient of those devolutions.

In Cuba the Constitution establishes in five of its articles the separation State-Church, therefore the laical character of the state, the equality of all religious manifestation in the eyes of the law and the right of every citizen of professing the religion it likes, to change creeds of having none.

The government doesn’t subsidize any religious institutions nor interferes with its internal functioning though after the first years following the 1959 religions has deserved special political attention. In 1985, Cuba created the Attention Office for Religious Issues (OAAR by its Spanish acronym) attached to the Central Committee of the Cuban Communist Party, which is in charge of overseeing the implementation and dissemination of the policies on these issues and the needs and demands of the religious organizations.

And you’ve already gone to the Midnight Mass?