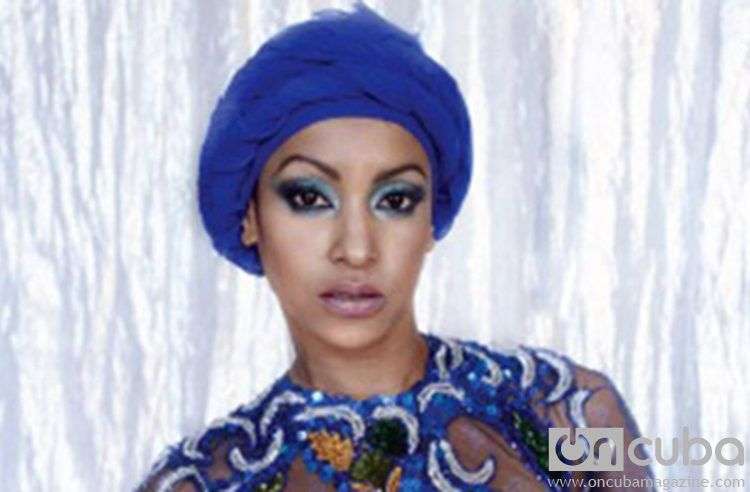 The Cuban artist and photographer Alejandro Calzada Miranda opened yesterday at the CU-1 gallery in downtown Miami, a personal exhibition under the title Contemporisha composed of twelve photographs.

As indicated by the title of the exhibition, the artist explores with these recent snapshots in the spirit of the deities of the Yoruba pantheon, and how they are taken and interpreted in contemporary times.

This religion and its deities, the Orishas, have inspired dissimilar creators throughout art history. As unmistakable symbol of Cuban identity they rise wrapped in the mystical legends or patakines that have transpired to date.

From Juan Roberto Diago to Santiago Rodríguez Olazábal, there have been many artists who have referred to religious iconography to deploy their pictorial discourse. Manuel Mendive, Eduardo Roca (Choco) and Nelson Domínguez, among others, have been other significant exponents of this theme that persists to reach the wisdom of the hands of the African roots and the relationship between man and his faith.

In the art of photography examples have been less, perhaps due to the arcane of certain ceremonies and rituals that from ancient times prohibited the dust that came off the old magnesium flashes of cameras. They have changed many things and there are fewer prohibitions due to the evolution of technology; several photographers have turned their lens to this enigmatic world that touches Cubans so closely.

The “Cuban syncretic religion is as exotic as well as being a very particular form of spirituality,” said Cuban photographer Alejandro Calzada Miranda born in Remedios, Villa Clara province, in 1972.

About the motivations to develop this theme he said: “In this series, I tried to articulate Cuban religious deities without resorting to the traditional iconography and considering the images of Cuban orishas are like Greek gods, deities that are half human and half god. So I was interested in exploring how everyday Cuban has that spark of divinity that allows orishas survive in Cuba today. ”

Pictures of Calzada Miranda may be seen until the August first as part of the 2014 Cultural Evolution series.

Silvio Rodríguez: “I wouldn´t know how to live any other way”