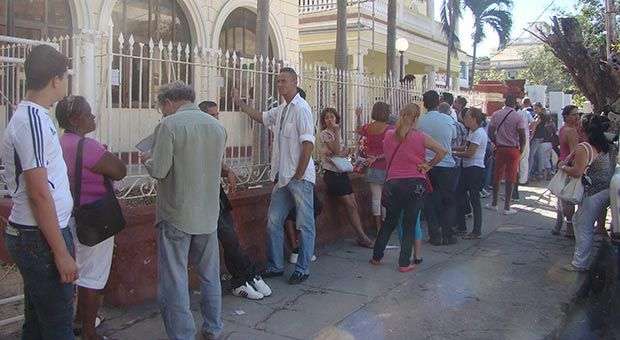 Information from the Interior Ministry confirms that from May 9, 2014, in Cuba services of issuing passports and identity cards have been disrupted due to “technological difficulties caused by electrical faults”

“For this reason and in order to avoid inconvenience to the public, it is suggested that those interested in doing paperwork (…)do not go to the units, pending report on the mass media of the restoration of these services, “says a note delivered to state media in the country.

The note of the Identification, Immigration and Nationality Directorate, signed on May 14th, also ensures that specialists “are seeking to resolve the situation as quickly as possible,” and apologizes “for the inconveniences that this may generate.”
It is relatively common that sometimes the “system crash” in these procedures in Cuba, which also includes change of plate and vehicle registration, although the latter continue to operate in the current circumstances as OnCuba could check.

The weakness of the data transmission networks and congestion also cause falls in recharges and payments systems of the Telecommunications Company of Cuba, ETECSA, and the use of magnetic cards to withdraw money from ATMs or buy items in the hard currency stores.

This glitch also comes coincidentally at a time when the issue of updating passports and other paperwork of Cuban identity has become sensitive after the new episode of closing and opening of the consular services for residents in the USA.

The scandal of Despaigne and the self-esteem

The scandal of Despaigne and the self-esteem